Bridgestone Blizzak Winter Tires prove their worth after a season of testing in the snowy mountains of Colorado.

Sometimes, we just don’t get the memo. Somehow, incredible products just slip past our radar. And then they show up and we wonder why it took so long for us to discover their existence.

It was like that for me with Bridgestone’s Blizzak tires, which have been around for over 20 years. I hope this review will serve as your awakening to an incredible set of winter tires.

In spring 2019, I was on assignment for GearJunkie to cover the new Toyota AWD-e Prius. A group of journalists was invited to Steamboat Springs, Colo., by Toyota to drive the new Prius and RAV4 on Bridgestone Winter Driving School’s snow track.

The track is meticulously built and maintained with rolling hills, sharp and gentle corners, and long, lead-foot tempting straightaways. My gripe in my coverage of the AWD-e Prius was the fact that our hosts swapped out the stock tires with Bridgestone Blizzaks. It seemed to me it would provide a skewed perspective of how that Prius would handle on slippery roads. And it did.

After that event in Steamboat, Bridgestone obliged my request and sent me some newly released WS90 Blizzak winter tires. I tested them over the winter on my 2012 AWD GMC Terrain to get my winter adventure-loving family through a bunch of ski trips and general Colorado Front Range living. 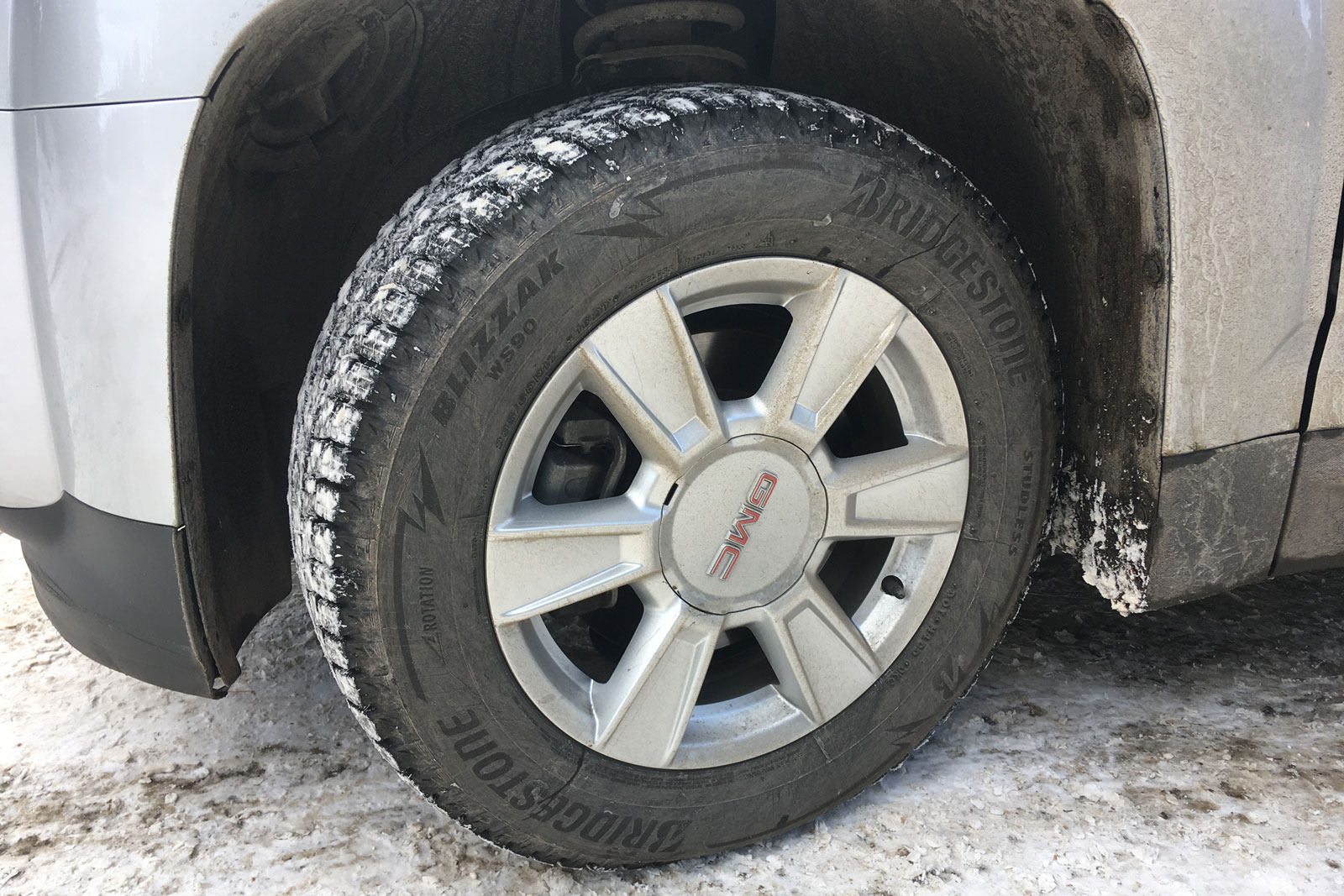 The short story is the Blizzaks proved to be incredible winter tires. We had no problems any time we were driving on roads with compact snow or wet slush. Nor were there any problems on dry roads — the tires are quiet and entirely adequate for family-friendly driving. They even did well on dirt roads, be they dry and dusty or wet and messy.

The key negative, true for all softer rubber winter tires, is they wear down relatively quickly compared to the harder compound of summer tires.

But the new WS90, released in May 2019, has a redesigned tread pattern to extend the use of the tires an extra season in normal use (defined as 7,200 miles per season: 1,200 miles a month from October to April). Starting at $103 a tire, they are right in the range of other winter tire prices — a worthy investment in safety.

The trick with winter tires working like they should is there are no specific moments to notice when they are working properly. We only notice when the tires slip and call it a fail — and it’s really the driver that failed. It’s the driver who chose the tires and then went out in conditions or drove under circumstances beyond the capability of the tire.

We regularly drove on some sketchy-looking roads and never had the tires slip out from under us. Only on rare occasions did I punch too much gas from a stop and caused the tires to spin a bit before gripping and going. 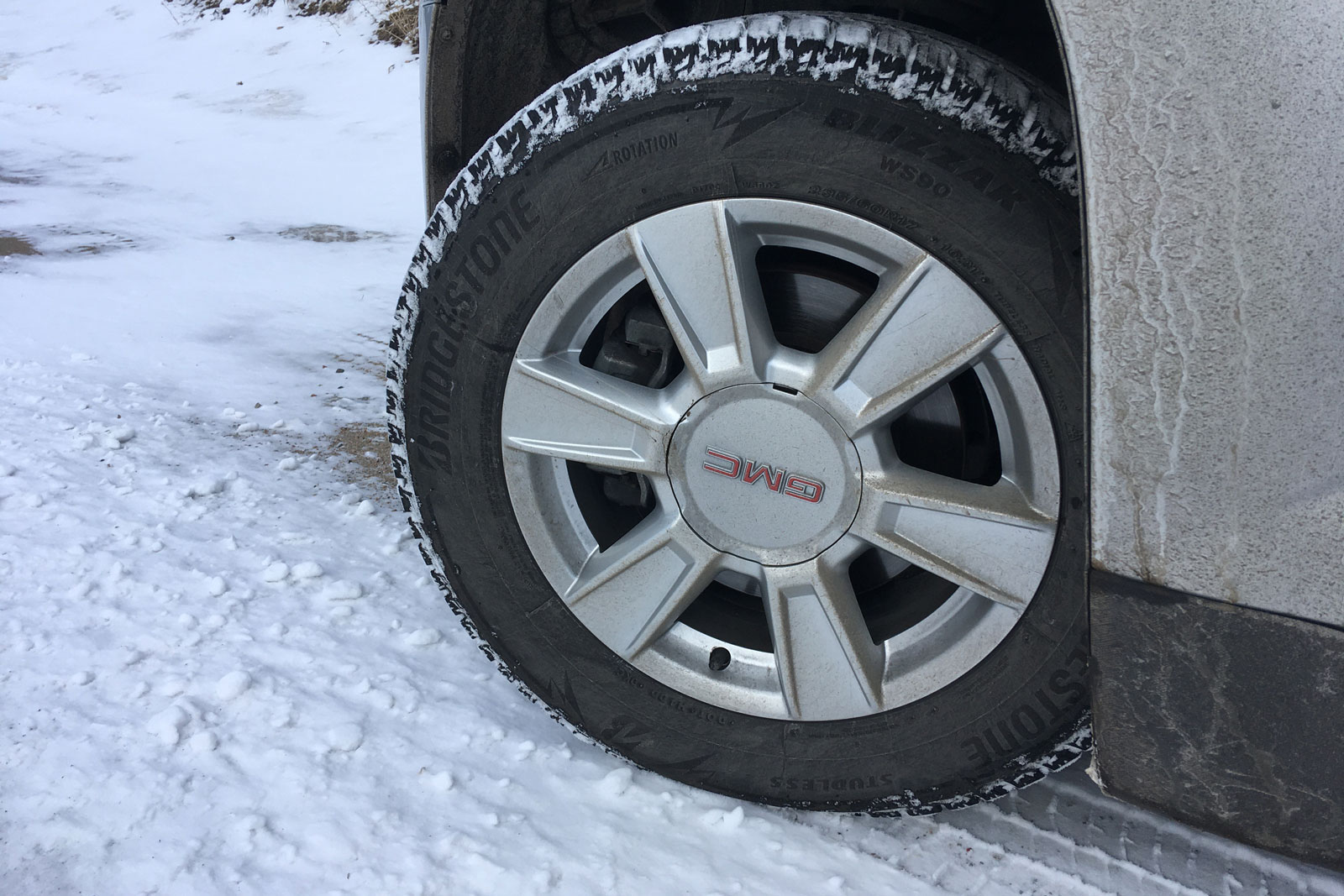 Our winter tire testing period went from October to May covering 7,103 miles of roads of various conditions. We drove the 50-mile round trip up to Boulder Canyon to Eldora Ski Area most weeks it was open, and in the thick of the season, the roads were slick with compact snow the whole way.

Otherwise, we’d be on dry roads until the last few miles, which were always snowy. We also took several trips deeper into the Colorado Rockies for skiing and other winter adventures.

We drove freeway speeds on clear roads and we traversed windstrewn, compact-snow-covered roads to cross some of the bigger mountain valleys like Park County, the Arkansas Valley, up the Roaring Fork Valley to Snowmass, and over the ever-sketchy Berthoud Pass to get to Grand County.

But between all of those mountain adventures, we dealt with snowy days in town running the usual daily errands. Like many neighborhood streets, ours isn’t plowed. Rather, it becomes a slick, glazed surface of compact snow down the middle and walls of snow on the sides.

Even the main throughways get slick, and while we do what we can to avoid driving in those conditions, sometimes we still end up out there. The Blizzak winter tires felt more secure than previous years driving on studded tires. 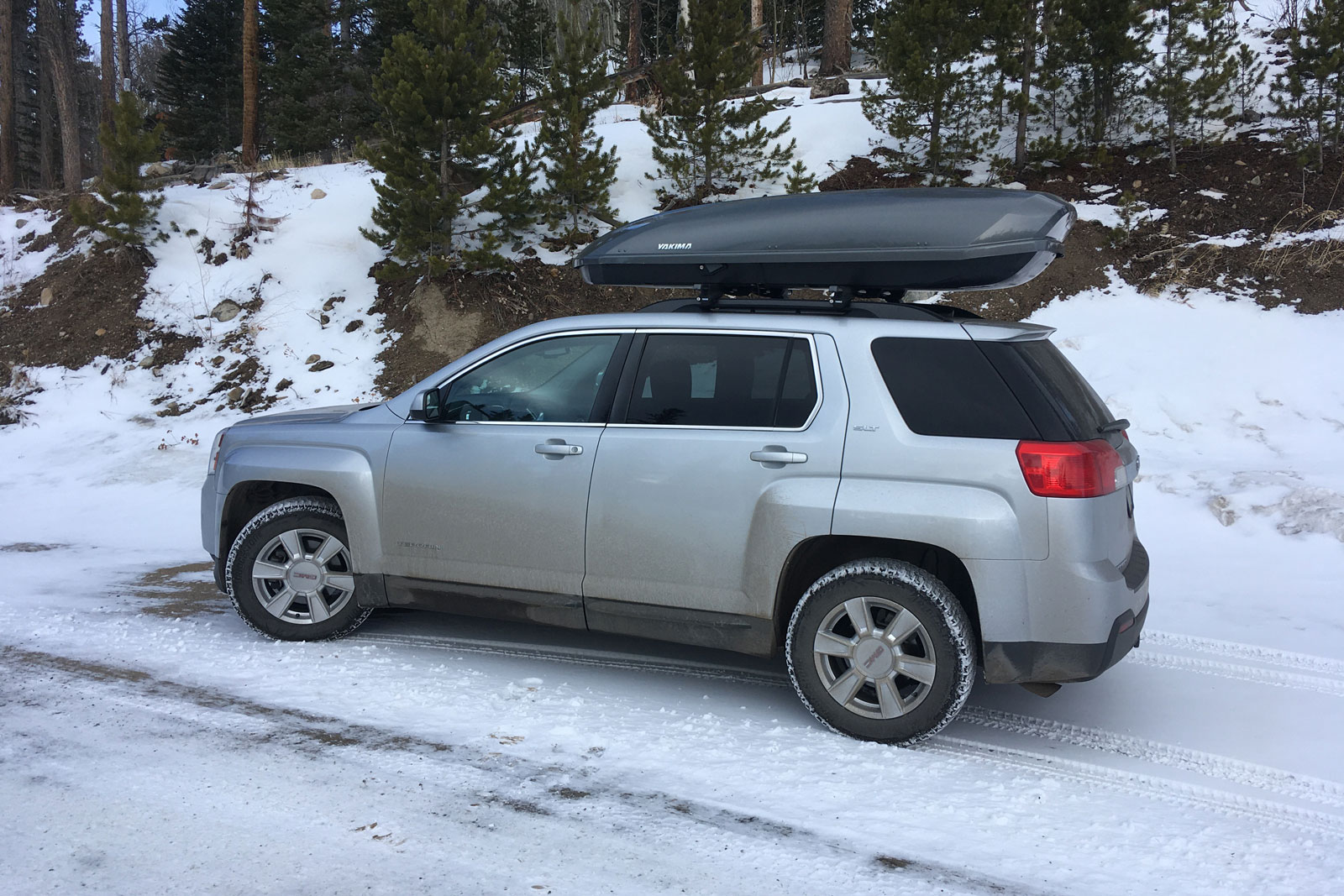 The Blizzak tire was first released in Japan in 1988. It became the preferred winter tire over studded tires in Japan, and the most recent version, the WS90, was released in May 2019. The WS90 replaced the WS80, which was released in 2014. They also sport a new tread pattern designed to help the tire last up to an extra season of use. The WS90 Blizzaks retail from $90-200 each depending on tire size.

It also has a new rubber compound that features the company’s patented Multi-Cell technology. The Multi-Cell technology has microscopic hydrophilic cavities to attract water and draw it away from where the tire meets the ice to improve grip. The WS90 also has a new interlocking siping pattern in the tire’s tread Bridgestone calls EdgePerformance Technology. This creates more edges for the tire to grip the surface.

All told, I’m getting ready to put those Bridgestone Blizzak tires back on my Terrain for this upcoming season. And since testing, I’ve inherited a 2WD Toyota Prius V, so I’ll be buying the Prius a set as well.

The Best Tire Chains for Snow in 2022

We're here to recommend the best tire chains for snow to help improve your traction control when the roads and weather demand it. Read more…