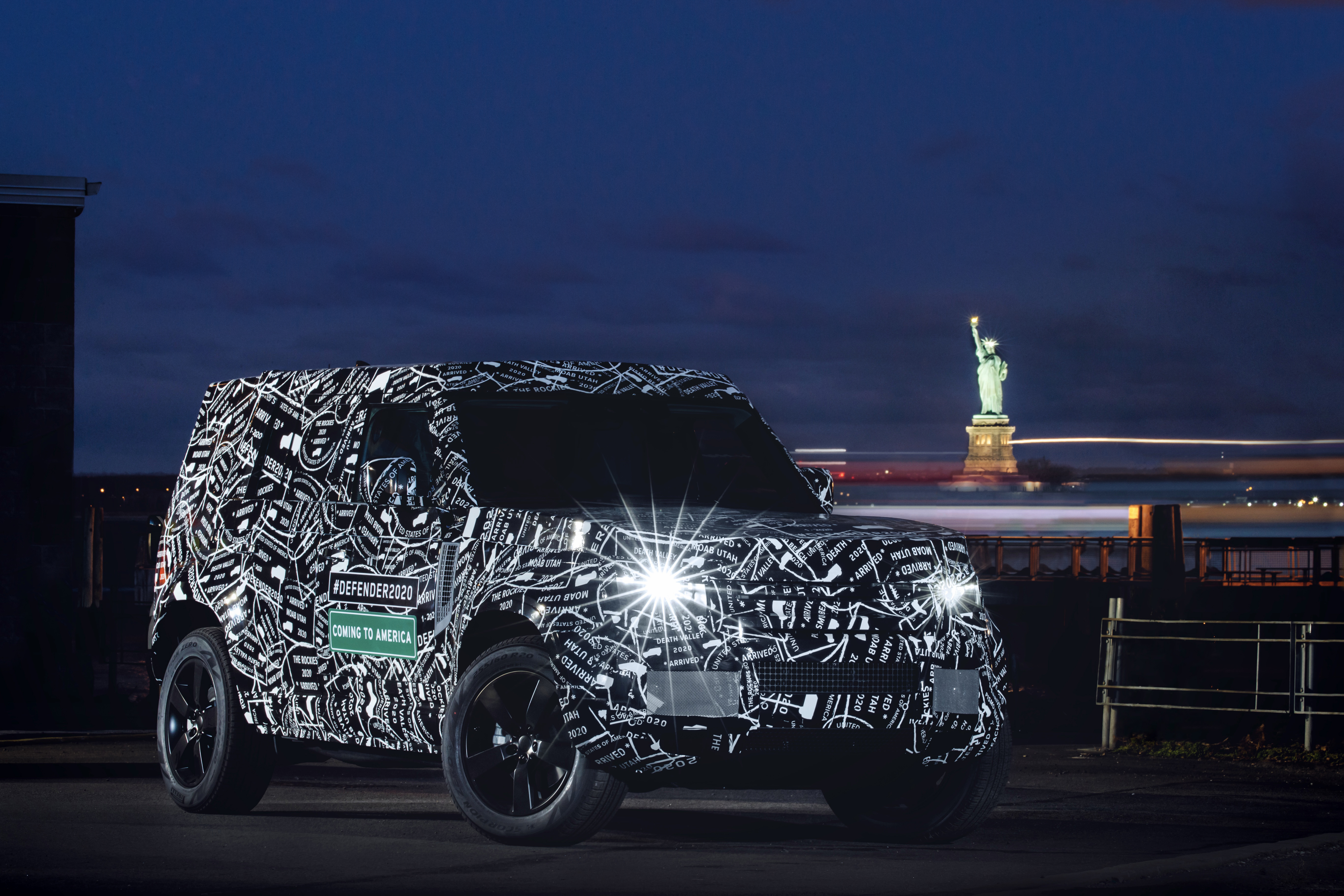 Today, Land Rover officially announced that the U.S. and Canada will get the next-generation Defender. We’ll get our first glimpse of this iconic 4×4 in 2019 before it hits dealer lots in 2020.

It’s now been 70 years since Land Rover started building 4×4 vehicles on the shores of Wales. The Defender can trace its lineage back to the Series 1, 2, and 3. The company officially branded it “Defender” in 1983. So far, the changes between each generation have been largely evolutionary. But times are changing!

The Land Rover Defender has made a name for itself as one of the world’s most capable off-road vehicles. The iconic shape and legendary capability have made it one of the most well-known and beloved vehicles on the planet.

We’ve always gotten a body-on-frame design with aluminum body panels, a steel frame, solid axles, and a two-speed four-wheel-drive transfer case. A boxy squared-off exterior, basic interior, round headlights, and a rear-mounted spare tire have also always been a part of the Defender’s DNA.

“There are a handful of automobiles that are beloved around the world and stand for a brand, a country, and a distinct way of life. The Land Rover Defender is such a singular vehicle,” said Kim McCullough, vice president of marketing for Jaguar Land Rover North America. 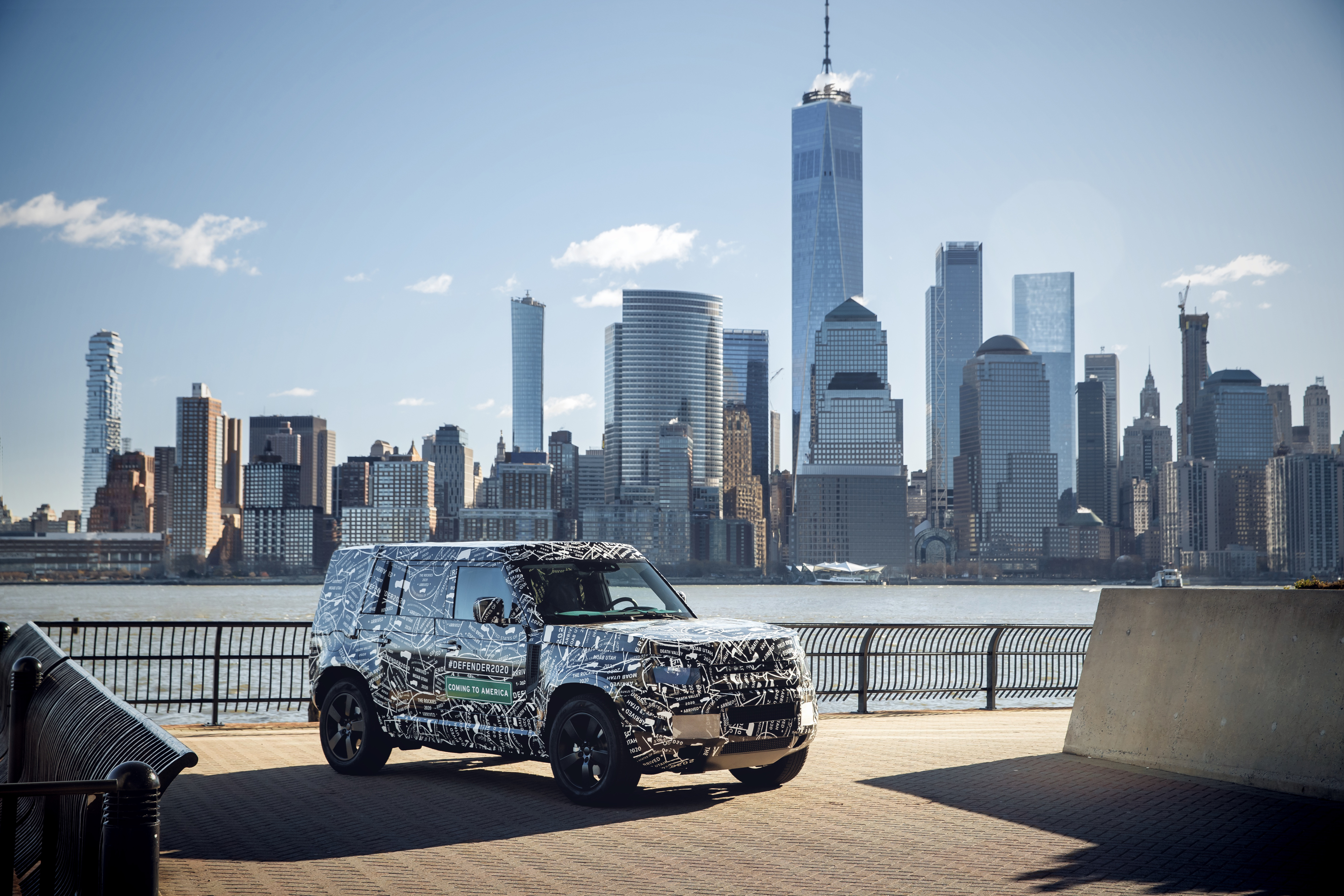 The new Defender is sure to bring with it a lot of changes while hopefully still staying faithful to its heritage. We’re pretty confident that we’ll get an extremely capable off-road vehicle. It will also be more at home on pavement than any Defender before it.

“With an all-new exterior and interior design, as well as a suite of the latest driver assistance and connectivity features available, the next-generation Defender will be a revolutionary product for Land Rover with even broader public appeal.”

Sadly, there is little we can really glean from the heavily camouflaged test mule shown in Land Rover’s official photos. But we can see the Defender will be a midsize SUV with four doors and very good entry and departure angles. A full-size spare tire will hang off the back of the vehicle — as on its entire lineage before.

It’s very likely that the new Defender will be much more similar to the latest crop of luxury Land Rovers than the Defenders of years past. We expect to see things like air suspension, terrain-response selectable off-road driving modes, independent suspension, and the latest driver assistance, entertainment, and safety features on the new Defender. With that said, we are still holding out some hope for a more rugged and simple Defender. We’d like to take one way off the beaten path without worrying about an electrical gremlin bringing our adventure to an unexpected stop.

What Will Power the New Defender?

Another thing to think about is what the new Defender might offer up on the powertrain front. There are a lot of gas and diesel options to choose from, but a few hybrid and all-electric options exist that could work as well. 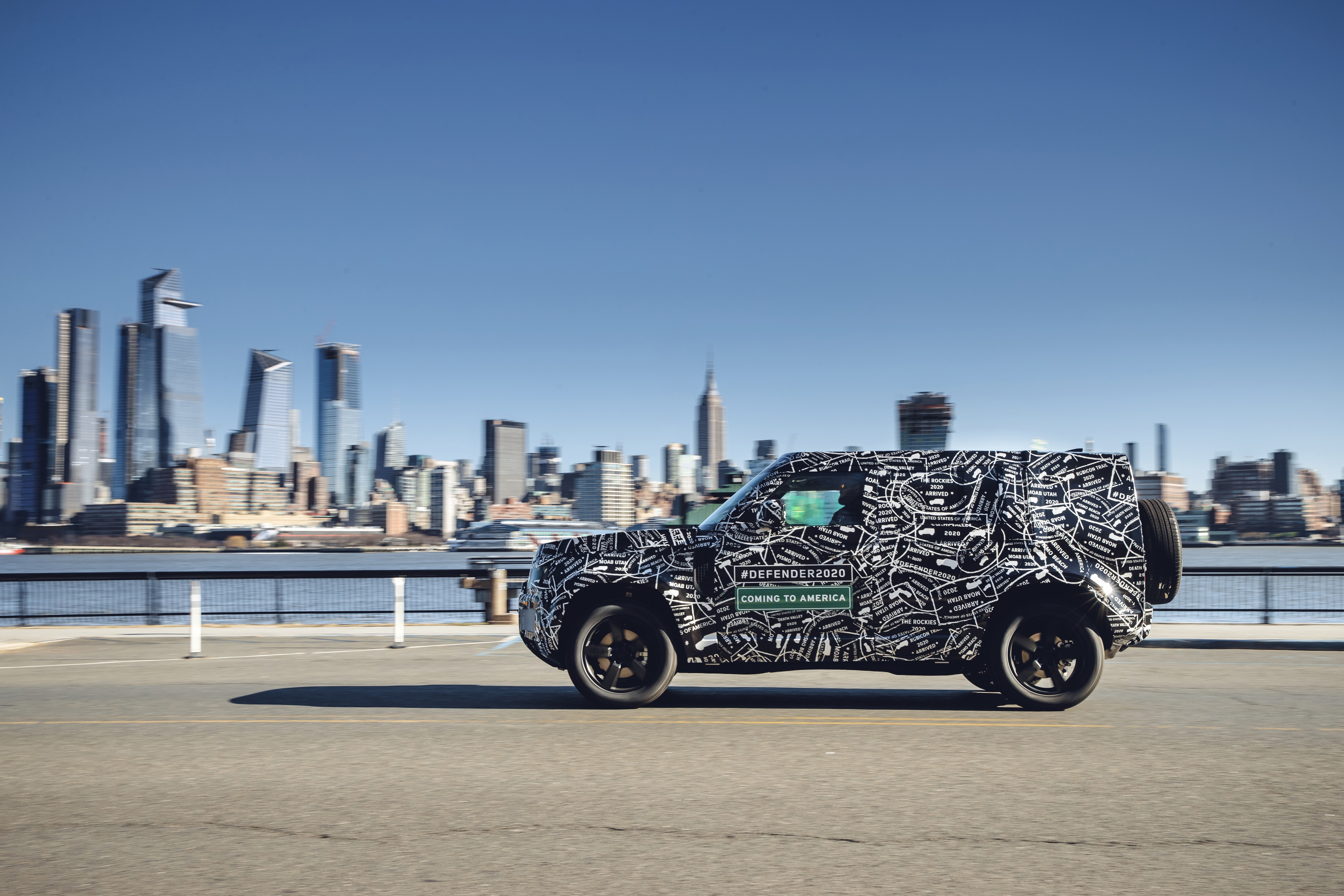 In a press release, the brand said, “From 2020 all-new Jaguar Land Rover vehicles will be electrified, giving our customers even more choice. We will introduce a portfolio of electrified products across our model range, embracing fully electric, plug-in hybrid and mild hybrid vehicles as well as continuing to offer the latest diesel and gasoline engines.”

I think it’s fair to say that the Defender will have at least one standard internal combustion engine and a hybrid electric system upon launch in 2020. We’ll have to wait and see whether we get a diesel or an all-electric option on the new platform.

2020 will be the first time since 1997 that North American dealerships will sell a Defender. This is not for lack of desire. Instead, it’s due to the inability of the classic Defender to meet North American safety standards.

NAS Defenders, especially the rare 110 four-door models, fetch insane money these days. Many NAS Defender 110 examples have recently gone for over $100,000. North America has been excited about the Defender for decades. The anticipation for this new model is both exciting and frightening for Land Rover enthusiasts.

There are more questions than answers out there right now. What we do know is that the new Defender will be full of technology and luxury never before seen in the rugged icon. We also know we’ll be able to finally buy a new Defender for ourselves. Now we wait. We hold our breath, cross our fingers, and hope that Land Rover gives us the rugged, capable, semi-affordable Defender we all desire.