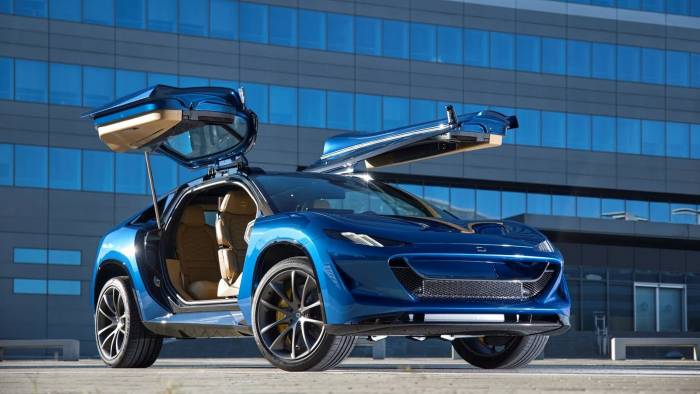 U.S. startup Drako Motors is gearing up to build the carbon fiber Dragon SUV — a 2,000-horsepower electric rocketship with an off-road suspension mode.

Promising a blend of Silicon Valley engineering and Italian design and construction, the Drako Dragon is a new electric crossover hypercar. It’s a hypercar like no other, with incredible power and a price tag that seems too good to believe.

Drako Motors was founded by tech entrepreneur Dean Drako and partner Shiv Sikand. You might not know the name, but Drako Motors was started nearly 10 years ago. Its first model was the Drako GTE. Based on the Fisker Revero, the GTE made 1,200 horsepower from four electric motors. The company built and sold just 25 GTEs.

The Drako Dragon was first announced a couple of years back, but this is the first time we’ve seen the production-intent body. It’s the work of Lowie Vermeersch, former design director of Pininfarina and the founder of Granstudio. Vermeersch’s designs include the Ferrari 458 and FF, with plenty of other fast hardware on his resume.

Drako is building the Dragon with a carbon fiber chassis and bodywork. It’s a five-seat cabin despite the coupe roofline. The ultra-long doors open upward gullwing-style, which ensures that passengers can actually get into the rear seats.

There are plenty of supercar design elements in the Dragon, including the aerodynamic hood cuts that let air pass through the grille and up over the body.

On the track, the Dragon is said to do the quarter mile in an astonishing 9.0 seconds. Then, with enough track, it will run to a claimed top speed of more than 200 miles per hour. That’s why the company calls it “the most powerful, quickest, and fastest production hyper-luxury SUV in history.”

Drako’s battery pack will give the Dragon an estimated 420-mile EPA range, the company estimates. It will also charge at up to 500 kW, though you’re probably not going to find a charger that can push out that much juice for a few more years.

Carbon ceramic brakes front and rear help make sure the brakes don’t fade. Ten-piston calipers in the front and six pots in the rear make sure there is plenty of clamping force on those carbon rotors.

The Dragon will have a three-mode suspension for on- and off-road driving. The Tarmac setting lowers the EV to give you 6.4 inches of ground clearance; Cruise offers 8.4 inches and Overland gives you 12.4 inches. You can even tow with the Dragon, with Drako promising a 3,500-pound towing capacity.

This is a serious luxury machine inside. “Europe’s finest, most sumptuous leather,” says Drako. With plenty of room for five passengers and their luggage thanks to EV packaging benefits.

Designer Vermeersch takes a few notes from his Ferrari experience inside, too. The steering wheel is decidedly Italian supercar, with all of the physical controls mounted to the flat-bottom wheel. That includes the wipers, signals, and lights. The two manettino-style controls on the bottom of the wheel are also very Ferrari in style.

Drako is taking reservations for the Dragon now — $500 gets you on the list, but $5,000 will put you on the list for one of the 99 First Edition vehicles.

Electric hypercars, even carbon fiber ones, are nothing new. What is new and surprising about the Dragon is the price. We’d expect a vehicle like this to start somewhere around $2 million. Look at the $2.1 million Lotus Evija or the similarly priced Rimac Nevera. Both of those offer similar performance and design.

Drako has the Dragon listed for $290,000. It’s not cheap, but the price is more like a midlevel Ferrari or a well-optioned Bentley Bentayga.

Deliveries of the Dragon aren’t expected to start until 2026, but the company plans around 5,000 per year when it starts. 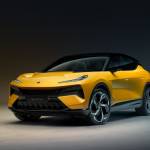 The Eletre is the first-ever SUV from Lotus, its first high-production EV, and its first vehicle made outside the U.K. And it will probably outsell every other Lotus combined. Read more…