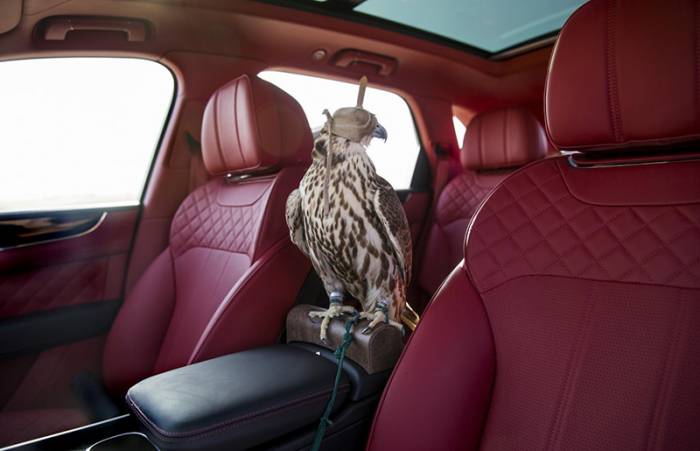 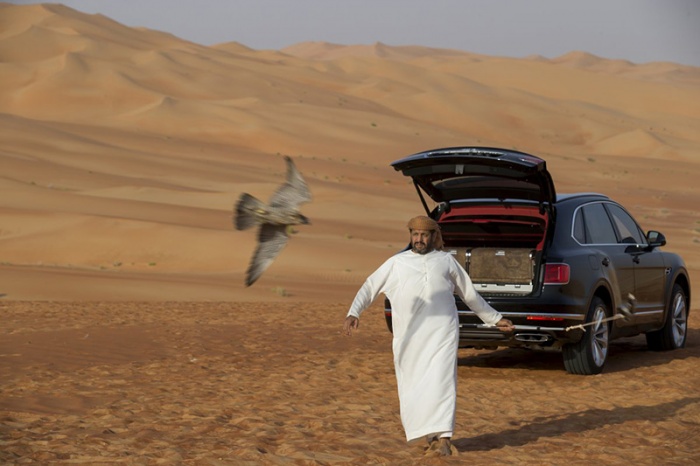 Last week GearJunkie gave readers a sneak peek at how you could pour a college education fund into a falconry kit containing three left-handed gloves. I think we heard you loud and clear: “Yeah, but how am I even supposed to get my falcon to wherever you fly falcons?”

Well, we are glad you asked.

Last May, Bentley’s bespoke division, Mulliner, launched a custom version of its haute route utility wagon, the Benayga Falconry – fitting for you and your little feathered friend. And by you, we mean the Sultan of Brunie and your entourage. 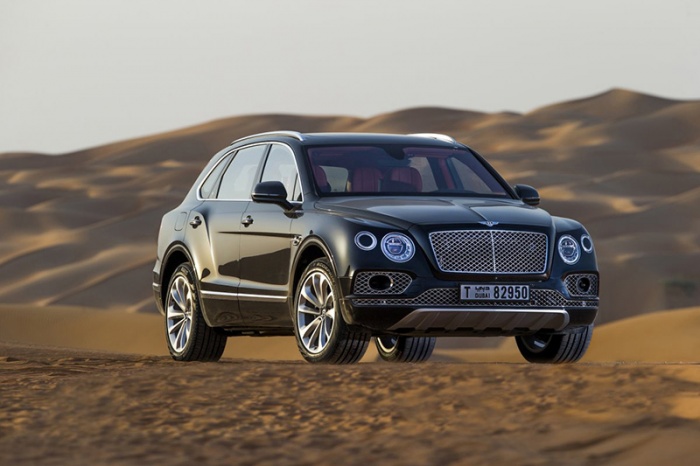 Bentley is a British luxury automobile synonymous with posh and elite, with the Bentayga being Bentley’s flexed outdoor muscle machine.

Why Bentayga and not a tricked-out Land Rover Defender? Because let’s be fiscally responsible; you could buy two bespoke Arkonik Defenders for the price of one Bentayga.

With a twin-turbo 6.0 liter W-12, the Bentayga revs 600 horsepower capable of rocketing 0–60 in 3.5 seconds. And with a top speed of 187 mph, the Bentayga climbs to the tip-top of the SUV heap, claiming the designation of “fastest SUV on the market.”

Despite the claims, however, the just-released Lamborghini Urus SUV touts a top speed around 189 mph. But the two differ in one other very important feature: falcons.

The Mulliner team is where Bentley’s creative sensitivities run wild, and one such wild hair is Bentley’s Falconry. 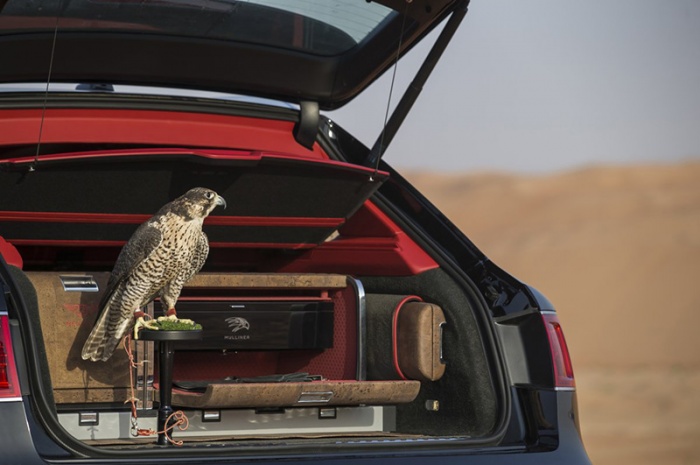 Touted to include “everything you need for the successful falconry expedition,” the Falconry comes decked with a “master flight station.” Drop the cork-trimmed lid and inside is a place to put your GPS bird-tracking unit, binoculars, and a bevy of hand-crafted leather bird hoods and gauntlets.

In case these standard accoutrements are too pedestrian for your taste, need we remind you Williamson Goods and Supply offers a serious falconry kit upgrade, complete with python skin and crocodile leather.

But what’s a falconry expedition without refreshments? Friends, you are in luck. A matching cork refreshment case rounds out the boot of the Bentayga. Inside you’ll find all you need to retire from a long day of falconry: three stainless steel vacuum flasks, a pair of cups, and a blanket.

Sure, the Falconry comes with the typical veneer inlay of a sweeping desert scene that took a craftsman nine days to apply. But perhaps our favorite addition is the in-car perch, so your bird can ride up front in style and with confidence.

Love the Bentayga, but falconry’s not your schtick? No worries. Bentley’s got a little something for every point-one-percenter. Maybe we can sell you on the Bentayga Fly Fishing build.