Henrik Fisker has out-Fiskered himself with the new Ocean electric SUV.

Finally, the world gets to see the EV in person. And while there are no major surprises as far as we know, there are a few treats that walk the line between gimmick and amenity. And truthfully, it doesn’t matter which it is because the most intriguing part is the sheer audacity of Fisker’s vision for the Ocean.

Reservations for the new SUV will set you back $250, and Fisker says production will start on Nov. 17, 2022. It might even be a little sooner, he winked.

Fisker has been teasing it for quite some time (in January 2020, GearJunkie reported that reservations were available). And this week, the public gets a chance to touch and feel it at the L.A. Auto Show. First slated to debut at the show in 2020, plans to launch the Ocean were shelved when the entire show was canceled.

For those hoping for a Karma Part II, the Ocean is nothing like Fisker’s endeavors before the bankruptcy that cost him his assets. Known for the luxury stylings of the BMW Z8, Aston Martin DB9, Aston Martin V8 Vantage, and, of course, the Karma, Fisker is taking the Ocean down a different road.

It reminds me a bit of a Range Rover Evoque, but more elongated. The Ocean is 188 inches long to the Evoque’s 172.1. 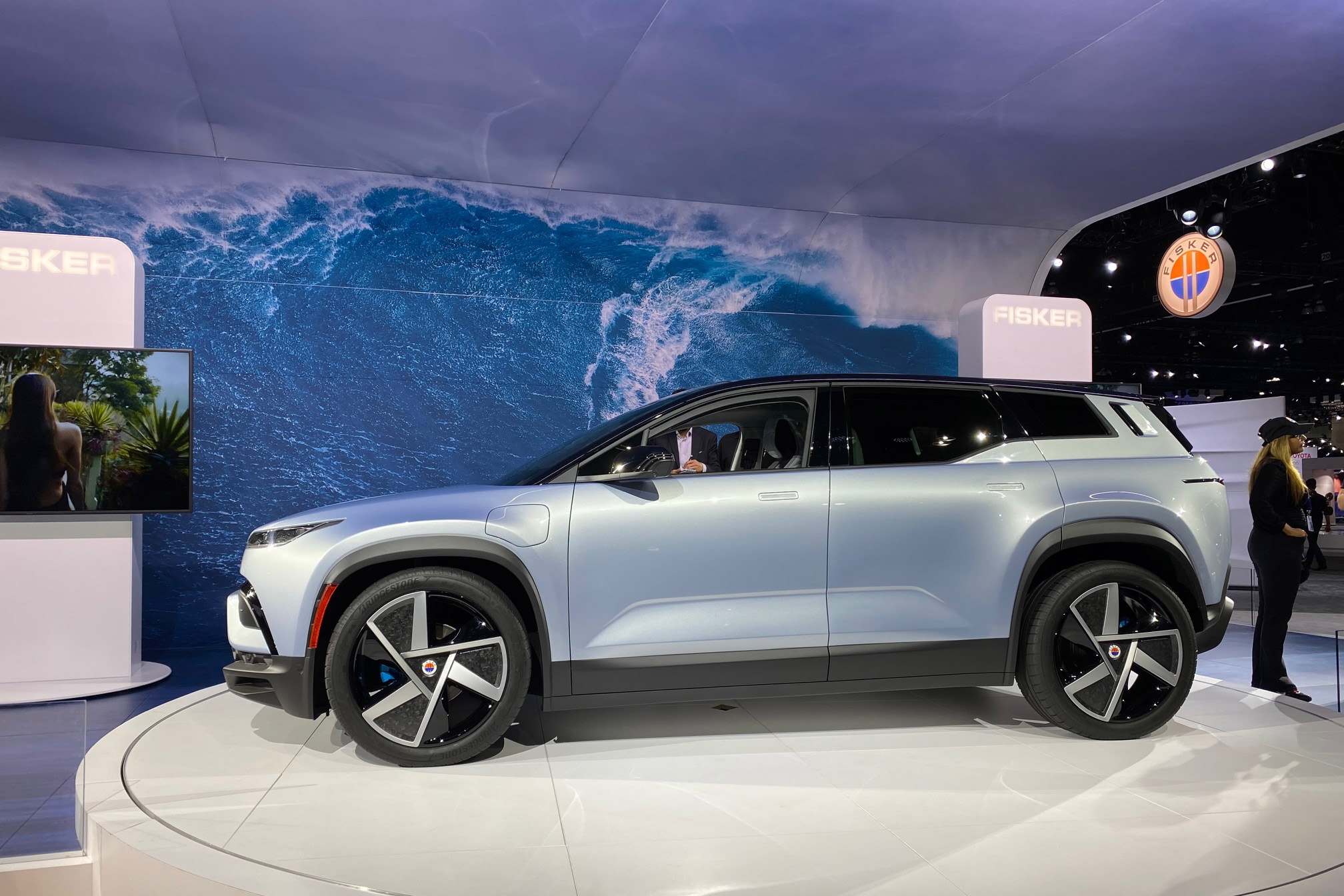 Planned for three trim variants (plus the limited-run, first-edition model called Ocean One with all the trimmings), the electric SUV starts at $37,499 for the base Sport model. Available only with front-wheel drive, the Sport model gets 275 horsepower and an estimated 250 miles of range.

Next up is the Ultra trim, which comes with all-wheel drive, starts at $49,999, and is considerably more powerful with 540 horsepower and 340 miles of range. At the top of the hill is the Extreme variant, which will set you back $68,999 but comes with 350-plus miles of range and 550 horsepower. 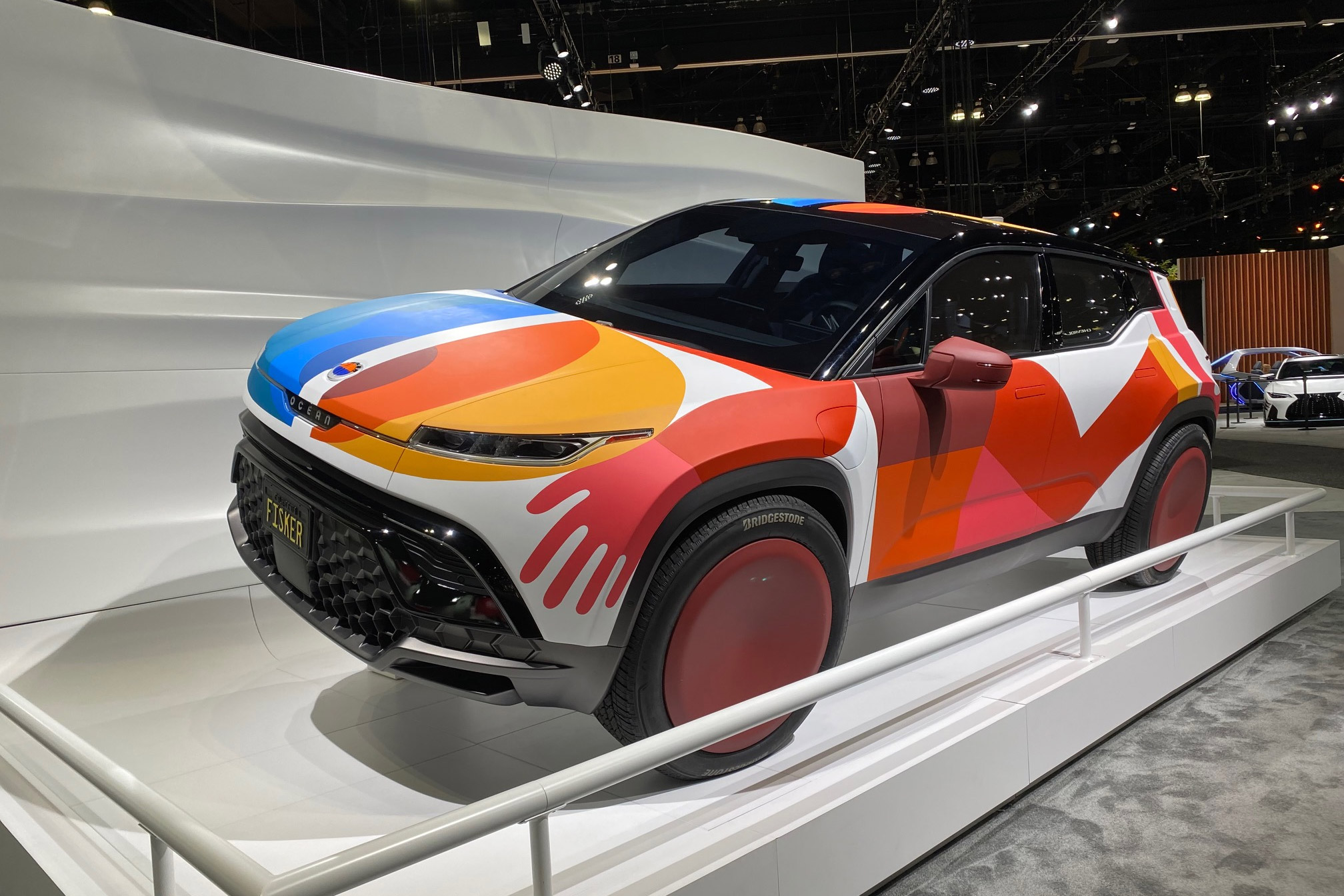 Ultra and Extreme Oceans include California Mode, which opens all the windows and the sunroof for a coordinated, no-hassle way to go full open air.

Fisker also added what he calls “doggie power windows” on the same trims. These smaller windows are just wide enough for pets to catch a whiff of the outside air but not enough for them to jump out of and get hurt.

Fisker showed off the massive 17.1-inch screen that sits in a vertical configuration when you’re driving. With the touch of a button, you can activate Hollywood Mode, and the screen rotates horizontally for a better viewing experience when you’re parked.

I guess you don’t need drive-in movies when you have a giant screen right there in your car. 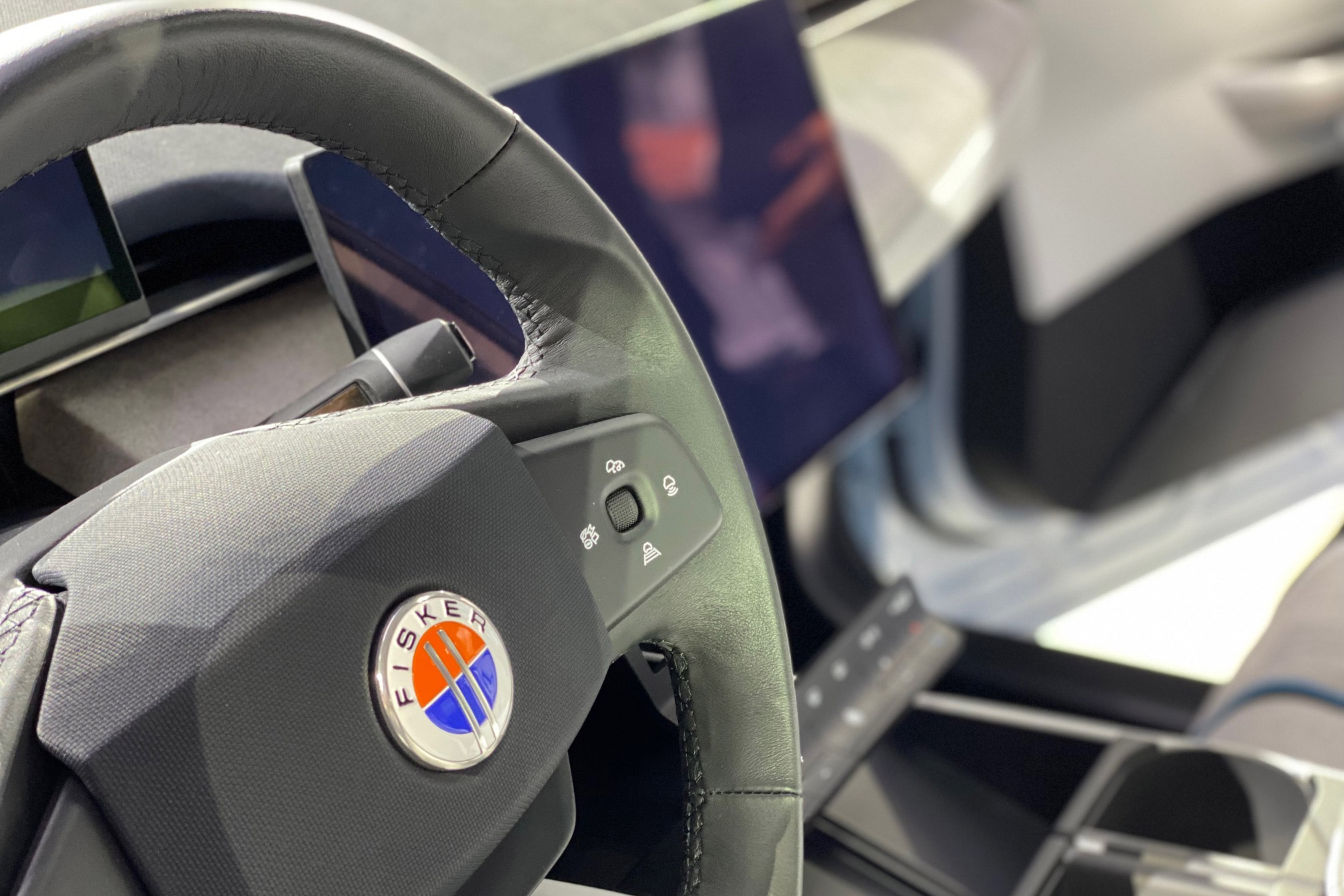 Base Model Priced to Sell

It seems incredible that Fisker could offer this vehicle for less than $40,000. But, even better, interested parties may opt to lease instead at a rate of $379 per month plus a $2,999 initiation and activation fee.

Don’t feel like keeping it? You’re not locked in, and Fisker will re-home it for you. The eponymous CEO says the company will continue to lease it out until it reaches the age of 12, and, at that time, the entire Ocean is recycled. 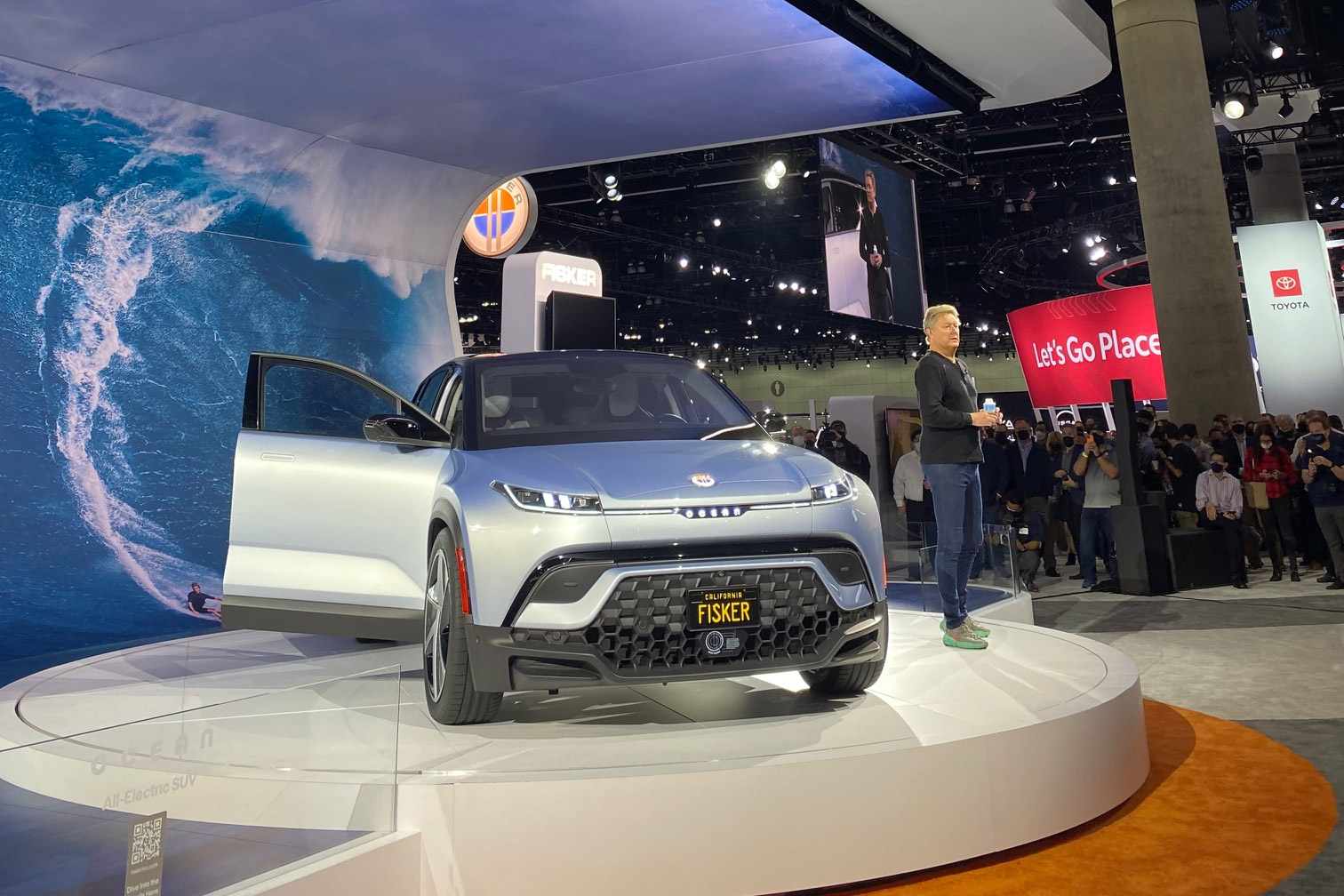 When Fisker talks about the Ocean, it’s clear that protecting the environment isn’t just a goal but part of his overall philosophy. The company is focused on the use of recycled materials inside the Ocean, seizing the opportunity to not only reduce carbon emissions but also set a solid example in the market.

Made of old fishing nets and T-shirt scraps, the interior of this shabby-chic EV is already eco-conscious. It will be interesting to watch and see where this lands.