Judging by the videos on YouTube, car awnings have caused a lot of frustration. You can find DIY tutorials as well as campers questioning the wisdom of bringing a car awning in the first place. So Kammok wants to change the car awning game.

Given the fickleness of most awnings, perhaps it’s no surprise that Kammok’s Kickstarter campaign for its new easy-deploy car awning surpassed its $10,000 funding goal within an hour. 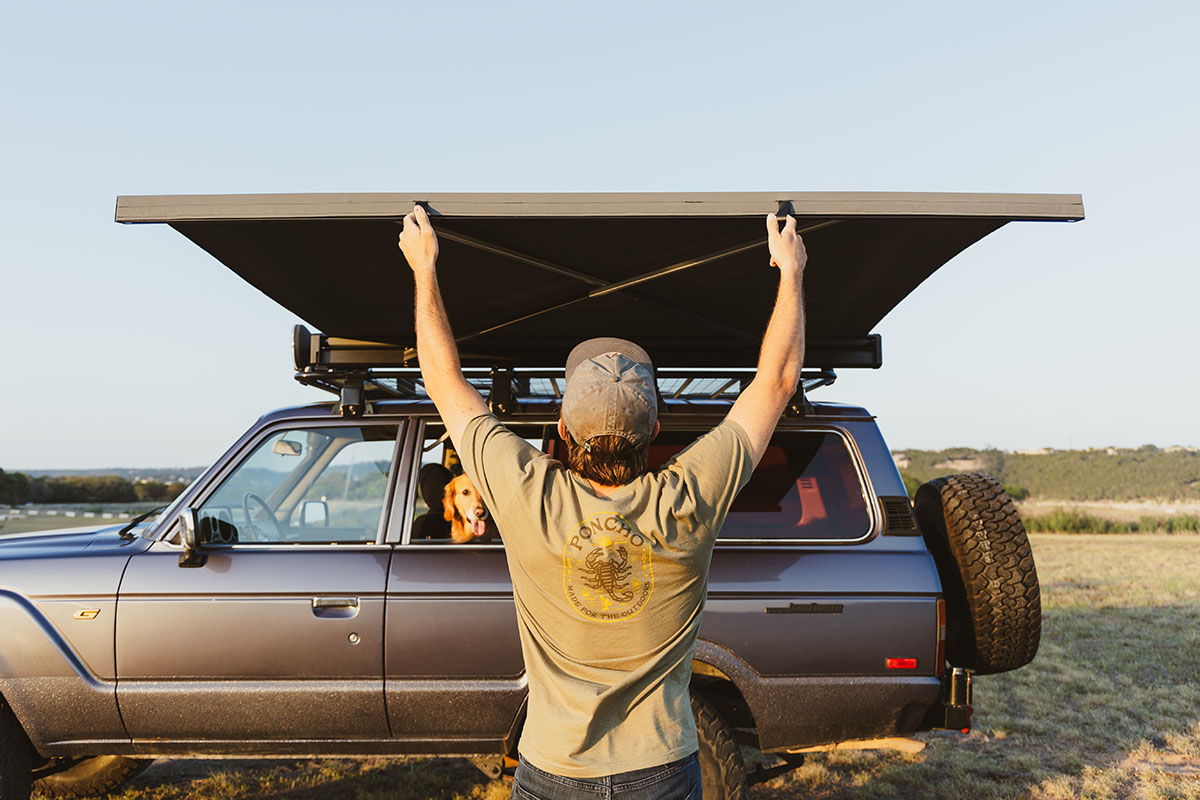 The slapstick comedy of the Kickstarter video taps into the “Is it worth it?” sentiment that has long dominated the conversation about car awnings. Kammok claims that the Crosswing opens in just 3 seconds, and shows the ease of deployment in a dozen different ways in the video.

Their point is clear: They made a car awning people might actually use.

“Traditional car-mounted awnings are not designed for quick, immediate use. Long setup times prevent you from staying dry when the rain comes, and the hassle of setup often discourages you from ever wanting to set them up in the first place,” the company wrote in the Kickstarter campaign.

“We realized they were one piece of gear we rarely used. We knew there needed to be a simple solution — an awning so easy to use that you didn’t even need to set your drink down to deploy it.” 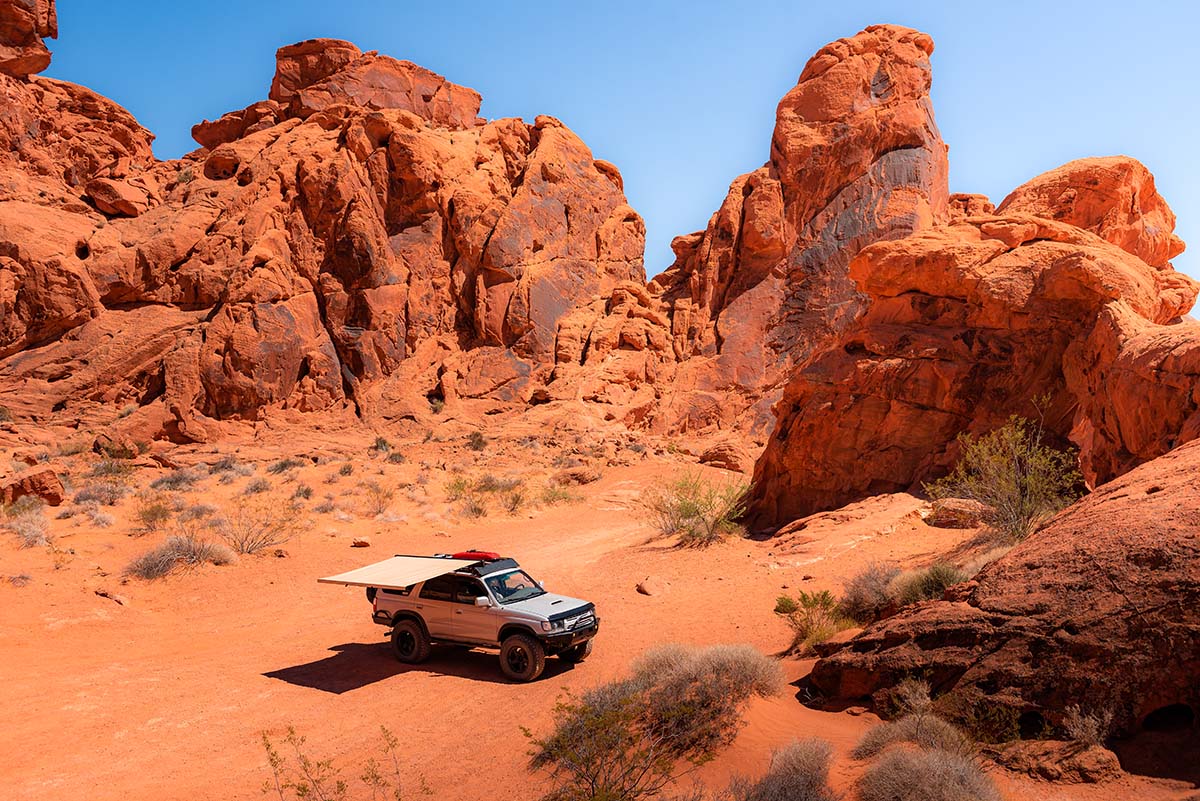 The Crosswing ditched the metal legs of many past designs, relying instead on a self-supporting X-frame that eliminates the need for other structures that would complicate setup.

It comes in two sizes: a 5-foot version and a 7-foot version. The awning also offers deployment depths of 3 feet, 4.9 feet, and 6.5 feet, the largest of which offers 45.5 square feet of coverage.

Kammok wrote that installation of the Crosswing on a car rack is simple and easy enough for one person to complete on their own in a few minutes. Kammok also made it waterproof and resistant to mold, UV light, and winds up to 25 mph.

Kickstarter backers can expect to receive their Crosswing in November 2022.

As for YouTube, Kammok has supplied new material for those obsessed with car awnings — the company recently got the approval of the Overland Engineer.

Given the fickleness of most awnings, perhaps it's no surprise that Kammok's Kickstarter for its new 3-second car awning surpassed its $10,000 funding goal within an hour. Read more…

Up Next: US Sales Likely as Next-Gen VW Amarok Pickup Debuts Next Month