Tesla just unveiled the Model Y. Can it bring back the luster of Tesla’s first years?

Tesla lost a little luster over the past few years but remains an innovator. Slow adoption of its solar roofs, Model 3 production issues, and Elon Musk’s conflict with the SEC have all set the company’s trajectory back a bit. 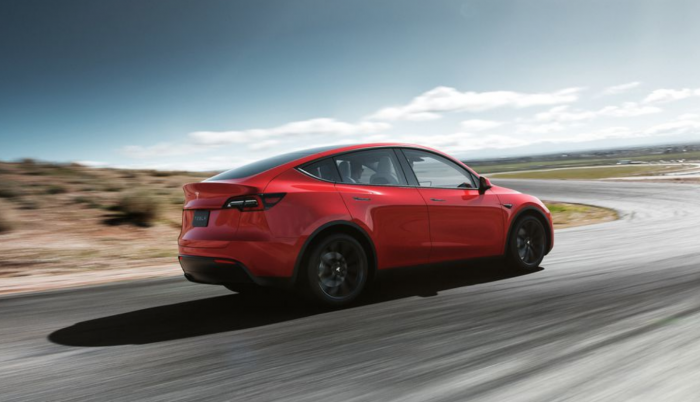 What’s in a Name?

Tesla’s vehicle lineup has filled out nicely with this new addition. We now get the Model S, Model 3 (They tried to call it the Model E, but Ford owns the copyright to the name Model E.), Model X, and, soon, the Model Y. While those names alone are pretty bland, they might just combine to create a “S3XY” proposition.

The rear-wheel-drive Standard Model Y will actually be the last version of the vehicle to hit the market. Standard Model Y production is expected to start in early 2021. The vehicle will start at about $39,000 and will have a 230-mile range, but little else is known about the base model.

The rear-wheel-drive Long Range Model Y will be one of the first versions to hit the streets. Production of this and all the other versions of the vehicle is expected to start in late 2019. This version will start at $47,000 and provide an impressive 300-mile range. While it’s no slouch, with a 130mph top speed and 5.5-second 0-60mph time, it’s slower than all other versions of the Model Y. 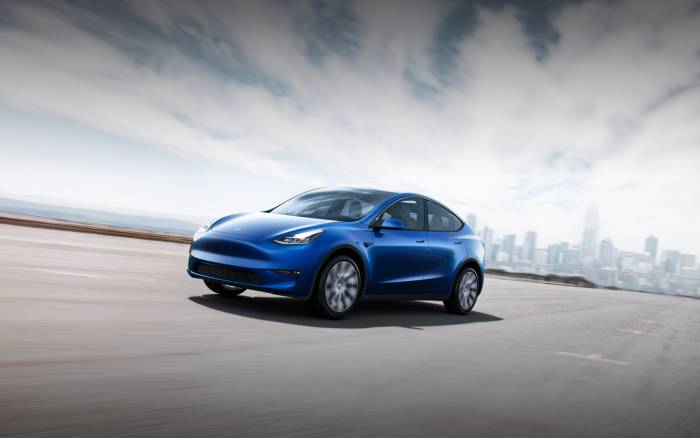 Finally, the most expensive Model Y will be the Performance. Starting at $60,000, this model gives you the dual-motor, all-wheel-drive system but is specifically designed with pure performance in mind.

It can launch from 0 to 60 mph in 3.5 seconds and will top out at 150 mph. Performance brakes and a Track Mode will make the Model Y Performance perfect for hitting the race track on the weekends. It even looks fast, with its 20-inch wheels, carbon fiber spoiler, aluminum pedals, and lowered suspension.

The new Model Y will offer everything drivers have come to expect from a Tesla. Plus, it will sport a beautiful panoramic glass roof. It will have a single 15-inch touchscreen interface to handle all car controls and a full suite of tech features accessed through the Tesla Mobile app. 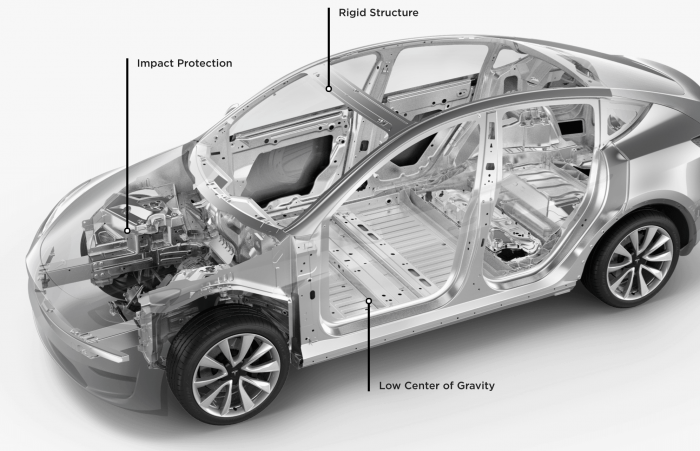 As with all Tesla vehicles, the design starts with safety. In fact, Musk himself touted the Model Y as the “safest midsize SUV available.”

For driving pleasure, all Model Y will have a “premium interior and sound.” We’re not sure exactly what that means, but we expect it to be comparable to what you currently find in the Model 3.

The Model Y’s front trunk and split-folding second row combine to provide 66 cubic feet of storage space. Once we get the chance to crawl around the vehicle ourselves, we’ll see just how roomy that really is.

Inside, every Model Y will come with a standard black interior. The only other interior option will be a white-and-black option that will cost an additional $1,000. 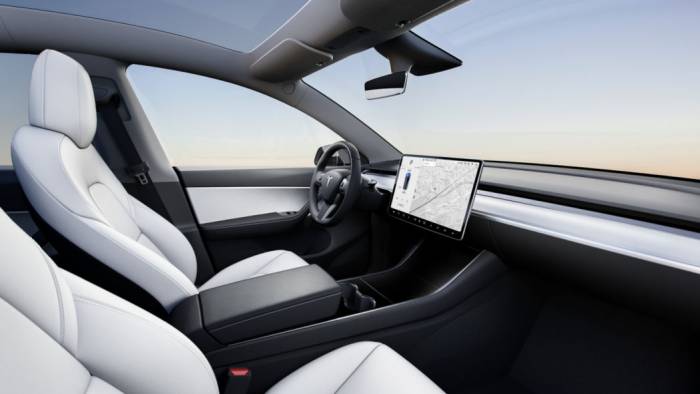 A five-seat interior comes standard, with an optional seven-seat configuration also available. The extra row of seats will cost an additional $3,000. And in the Performance edition Model Y, the seven-seat interior won’t be available until 2021.

You’ll get futuristic-looking 18-inch Aero Wheels standard on all models except the Performance. The Performance comes standard with 20-inch wheels. All other models offer optional 19-inch Sport Wheels for $1,500.

Be sure to check out Tesla’s online ordering portal, where you can design and preorder a Model Y today. You’ll have to put down a $2,500 deposit to get your spot in line.

Expect deliveries to start in fall 2020 for all models besides the Standard, which should ship in spring 2021. Once your Model Y arrives, you’ll have 7 days or 1,000 miles, whichever comes first, to decide if the model Y is right for you.

Always remember to read the small print! The order system lists prices with “gas savings” factored in. However, it doesn’t explain how Tesla came to those savings figures.

I’m pretty sure the brand still expects you to pay full price, not the adjusted “gas savings” numbers.

The Tesla Model Y is more of a street performance vehicle with upright seating and optional third-row seating than a traditional midsize SUV. Sure, it offers optional AWD, but it doesn’t look to have any more ground clearance than a traditional sedan. That and the big wheel, skinny tire combo may keep the Model Y from tackling off-pavement excursions. 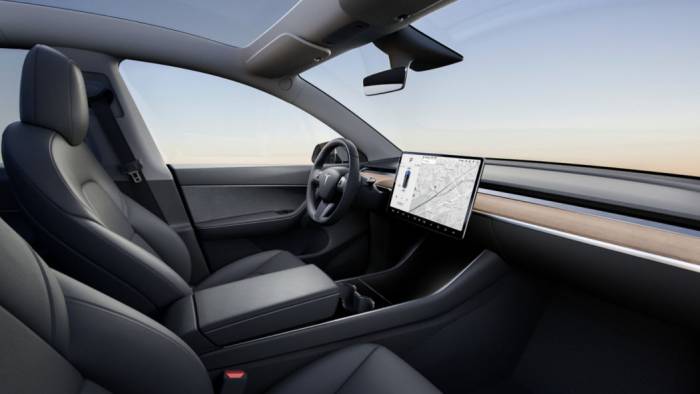 As Musk alluded to on Twitter before the Model Y launch, the vehicle is about 10 percent bigger, 10 percent more expensive, and 10 percent less efficient than the Model 3.

Sure, more room is awesome for carrying gear. But the Model 3 already wasn’t an inexpensive vehicle, so I’m not stoked on the Y’s bigger price tag. Plus, in this case, less efficiency means less range. And that means fewer adventure destination options in this vehicle.

In my opinion, two key factors are required for any true adventure vehicle. First is the ability to have a roof rack. I need to transport kayaks, bikes, and ski gear. We don’t know yet if the Model Y will offer any roof rack compatibility, but the all-glass roof will be expensive to fix if we happen to drop a mountain bike on it when loading.

Second is the ability to sleep in the vehicle. I like the efficiency of stealth car camping when the option presents itself. The Model Y’s second-row seats lay nearly flat, but the actual overall cargo length with seats folded is still unclear.

One thing that’s continuously improving is the number of places where you can charge up your Tesla quickly. There are now more than 12,000 Supercharger stations across 36 countries. And big expansion and upgrades continue to happen.

The V3 Supercharger just launched and promises up to 250 kWh charging speeds. That translates to about 1,000 miles per charging hour. So the Model Y will be able to get a 168-mile recharge in only 15 minutes with one of these new Superchargers.

Currently, all Tesla vehicles are made in the Freemont, Calif., factory. That factory is now completely maxed out on production, so two new factories will come online this year to produce the Model Y.

The Future of Model Y and Tesla

Even the unveiling press conference of the Model Y started very late, which continues the trend of Tesla being late to deliver. Only time will tell if it can build out two new vehicle production facilities and get production up and running for the new vehicle this year.

If it can meet the targets, Tesla plans to sell more Model Ys than all other Tesla vehicles combined. The brand also plans to surpass 1 million vehicles produced around this time next year, which is a big leap from the 550,000 vehicles it’s produced so far. 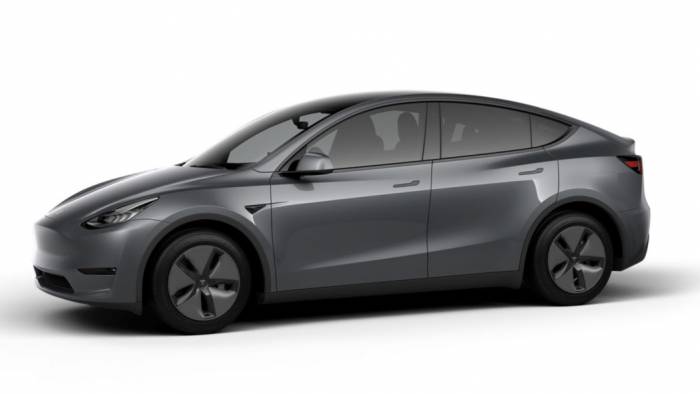 Musk also said we can expect “feature complete” full autonomous ability by the end of the year. While the vehicles should able to drive themselves with Tesla’s full confidence, the public’s confidence in the system and approved government regulations might still be a ways off.

Don’t forget that Tesla also aims to rule the solar power and battery storage sectors at both the consumer and industrial levels. These projects shifted to the back burner after issues getting the Model 3 to full production capacity in 2018. Musk promised that these projects are once again a priority and will be getting more attention in 2019.

Big plans abound, but Tesla is focused on offering a full range of vehicles. It has the S, 3, X, and now the Y. But plan to get “S3XYR” in 2020 with the launch of the new Roadster. Or maybe only “Semi S3XY” with the Tesla Semi, which should launch soon.

And not to be understated, Musk also said, “Tesla will be on Mars in 10 years.” Even if he’s joking, Telsa has a bright future if it can deliver on even half its grandiose plans.

Up Next: Mitsubishi Hints at a Hybrid Electric Off-Road Future

Saving…
Mitsubishi Hints at a Hybrid Electric Off-Road Future
VelociRaptor: Ford Won’t Give Us the Ranger We Really Want, But Hennessey Will!
×