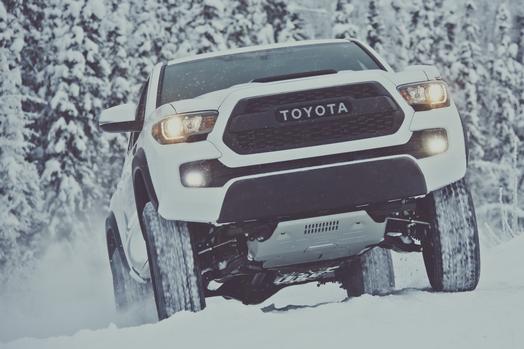 We’ve tested the 2015 Tacoma TRD Pro in the Mojave desert, and were blown away by how this from-the-factory off-road vehicle handled the rough terrain.

For 2017, the Tacoma TRD Pro is again a factory upgraded off-road machine capable of handling most anything a responsible driver will throw at it. 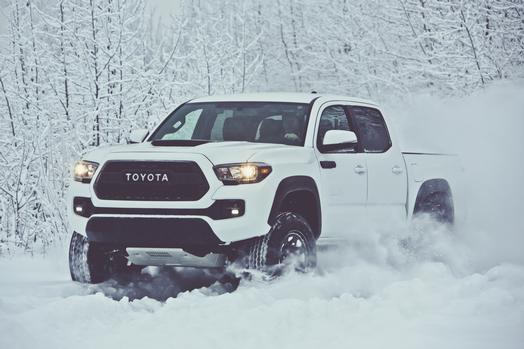 Basically, this truck — based on the new 2017 TRD Offroad 4×4 — comes from the factory ready to go, no lifts, bigger tires, or shock upgrades needed.

Available in either a six-speed manual or six-speed automatic transmission, the TRD Pro is powered by a 3.5-liter V-6 engine. But the Tacoma TRD Pro earns its off-road cred through its suspension and exhaust enhancements. 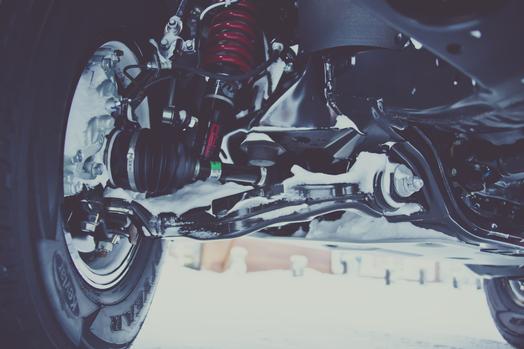 This model rides on FOX 2.5 Internal Bypass shocks and front springs with a one-inch lift, and progressive-rate off-road leaf springs on the rear — all tuned by TRD. This means that this truck will handle rough roads like nothing else Toyota offers from the factory.

The truck has a ton of other upgrades, from navigation to Crawl Control that modulates the throttle and brakes on five low-speed settings, that set it apart from the rest of the line.

But you’ll pay for them! While pricing hasn’t yet been released, we expect this model to start north of $40,000 when it hits retailers this fall.

Read on for specific details, straight from Toyota’s release at the Chicago Auto Show this afternoon. 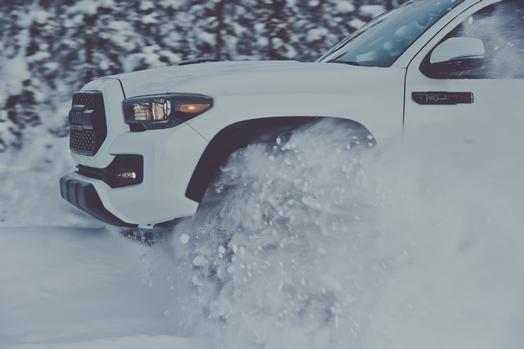 Extreme Exterior for Extreme Performance
The 2017 Tacoma TRD Pro is designed to not only look tough, but to perform in the toughest off-road environment. Based on the Tacoma TRD Off-Road 4×4 Double Cab Short Bed model in either 6-speed manual (with clutch start-cancel switch) or 6-speed automatic transmission, the new Tacoma TRD Pro will be available in three exterior colors: Cement, Barcelona Red Metallic, and Super White. The exterior of each Tacoma TRD Pro model will also include:

Interior Sportiness Combined with Convenience Technology
Driving a sporty package in rugged off-road conditions does not mean you can’t ride in comfort and with the latest safety and convenience technologies. The new Tacoma TRD Pro combines sportiness and convenience with standard features that include:

As in all Tacoma models, a GoPro mount is located on the windshield for serious off-roaders who like to document their exploits with GoPro HERO cameras.

Pro Performance
The new 2017 Tacoma TRD Pro continues to be all about off-road performance as it strives to raise the bar from the original. The Tacoma TRD Pro will be powered by a 3.5-Liter V6 DOHC 24-valve direct-injection Atkinson-cycle engine with VVT-iW (Variable Valve Timing-intelligent Wide) intake and VVT-I exhaust.

Tacoma TRD Pro really earns its off-road cred through its TRD-installed suspension and exhaust enhancements that include:

Every Tacoma TRD Pro will be equipped with 4WDemand part-time 4WD with a transfer case and Automatic Limited-Slip Differential (Auto LSD) that are both electronically-controlled. Also standard will be a V6 Tow Package that includes a Class-IV towing receiver hitch, ATF cooler (automatic only), engine oil cooler, power steering cooler, 130-amp alternator, 4- and 7-pin connector with convertor, and Trailer-Sway Control (TSC).

An electronically controlled locking rear differential is also standard to help distribute engine power evenly to both rear wheels so they move at the same speed, providing more grip in low-traction conditions.

When the trail gets challenging, Tacoma TRD Pro’s Crawl Control (CRAWL) will help drivers conquer their off-road adventure. Equipped on automatics only, this advanced system automatically modulates the throttle and brakes on five low-speed settings so you can keep your focus on navigating across difficult terrain.

Equipped on Tacoma TRD Pro automatic is the Toyota Multi-terrain Select system. With five modes to choose from, the system helps regulate wheel spin by automatically adjusting the engine throttle and traction control. When combined with the standard Goodyear Wrangler All-Terrain tires with tough Kevlar construction, Multi-terrain Select helps enhance traction dramatically, meaning you can get back to the fun more quickly.

Tacoma TRD Pro’s Hill Start Assist Control (HAC), equipped on automatic transmission models only, helps you safely get up those hills. This technology helps minimize Tacoma from rolling backward when you move your foot from the brake to the gas pedal, so you can move upward with confidence.

The added traction of 4WD is great, but with Active Traction Control (A-TRAC), it’s even better! Equipped only on the Tacoma TRD Pro manual, A-TRAC is a 4WD traction control system that uses the 4-channel ABS system to control power flow to the front and rear wheels, all without cutting throttle input, to help make traction no matter where you may be.

And to turn that Tacoma into a true adventuremobile, take a look at the Leentu pop-up camper:

Move over Sprinter Van, there's a new adventure-mobile in town. The Leentu pop-up camper will transform your truck into a road trip machine. Read more…

Up Next: Jeep Pickup Truck Coming In 2017