Climb to the top of Mt. Saint Helens and peer into the crater with guide Jared Smith.

Smith led the GearJunkie crew to the summit of Mt. Saint Helens in June. A climber and SAR professional, Smith has more than 300 ascents of the famous volcano (and dozens of rescues) under his belt. 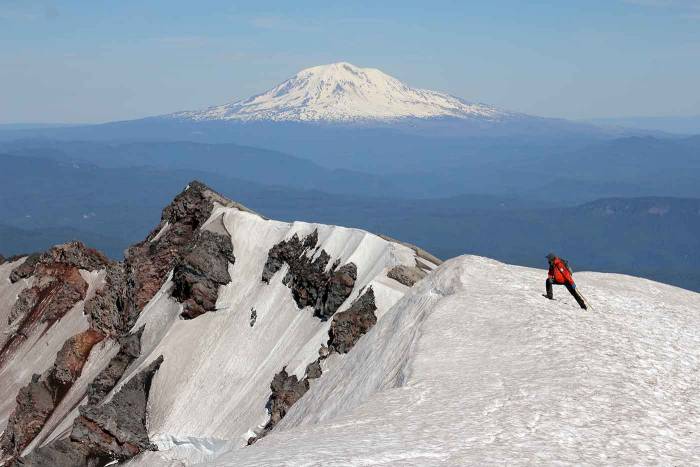 Part of the GearJunkie “Scorched Earth” video series, this episode tells Smith’s story, from crater research to rescue situations up and down Saint Helens’ flanks.

Climbing (and Filming) 'Into The Crater' On Mount St. Helens

The challenge: Climb a major Pacific Northwest peak (in this case a volcano) and capture it on film, including a look into the crater on Mount St. Helens. Read more…

This original GearJunkie.com production is sponsored by YETI and shot and edited by Joshua VP.

Saving…
IFMGA Mountain Guide: Peak Of A Profession
Climbing (and Filming) ‘Into The Crater’ On Mount St. Helens
×