GearJunkie correspondent Chelsey Magness filed a report from the front lines of an unusual battle waging in the outback of New Zealand: pest control. 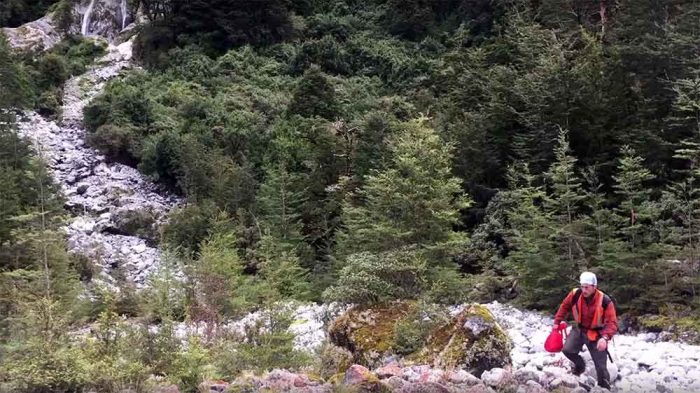 It was my first time flying to work in a helicopter. As we choppered over the epic mountaintops, past waterfalls and up canyons, I couldn’t help but think I was dreaming — I was getting paid (and well) to trek through the New Zealand wilds.

The only catch was I had scrape dead varmint carcasses out of traps, load them with raw meat and eggs as bait, and cross miles of rugged terrain each day with a heavy pack — not everyone’s dream vacation, but for me, a unique way to experience the spectacular New Zealand backcountry while making a difference.

“Pest control” conjures images of a guy in a suit spraying chemicals. Never in my childhood dreams did I ever think a job in the pest control business could be such an adventure.

In New Zealand, controlling the stoat and rat population is essential for the survival of the islands’ indigenous plants and animals, especially the birds. According to the New Zealand Department of Conservation:

“Stoats are implicated in the extinction of some indigenous bird species (bush wren, laughing owl, native thrush) and as the major cause of decline of many others (S.I. kokako, takahe, kaka, mohua, Hutton’s shearwater, kakapo, kakariki, the Okarito kiwi and other kiwi species).”

Stoats, basically weasels, were introduced to the island to control the rabbits and hares back in the 1880s. But like so many other ill-conceived introductions, now threaten native birds, plants, and animals, including the New Zealanders’ namesake, the kiwi bird.

Some scientists have a grand aim for a pest-free New Zealand. As unrealistic as some think this is, serious work to reduce predator numbers has been underway since the turn of the millennium. There was some trapping done before then, but it has become a bigger industry over the last couple decades, with research, science, and manpower going into it.

Several of the big islands — like Secretary and Resolution — are nearly predator free, and some of the smaller islands are predator free. Even in the inland valleys, data shows that it works, and bird numbers are up, predator numbers down.

An arm of the New Zealand government known as the Department of Conservation is charged with looking after and managing the island nation’s parks and conservation work. Beginning in the early 2000s, the DOC outsourced much of the field work related to setting traps; this includes baiting, checking, and cutting access tracks.

I was recruited for the dirty tasks, an easy in for work-exchange visitors and hopeful immigrants, by my brother-in-law Andy Magness, who recently settled in New Zealand and picked up work for one of the “handful of bosses” that manage the workload contracted out by the government. 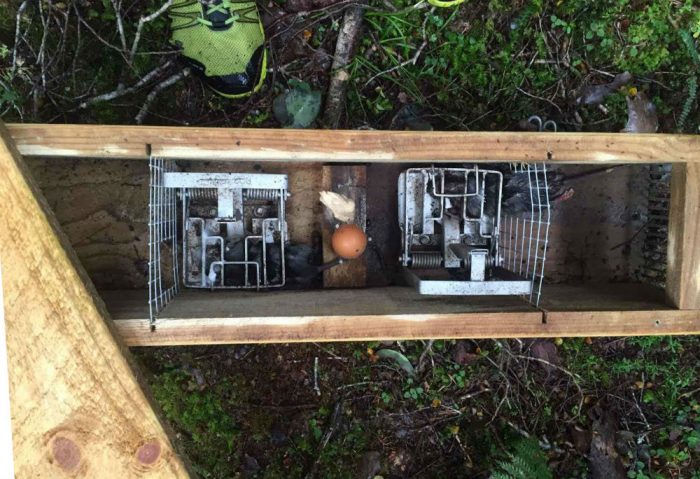 There are only a handful, maybe 20 or so people doing it full time, and maybe another 10 or so like Andy that do it on a part-time basis. While people can indeed ‘apply’ to do it, there isn’t exactly a formal process other than getting a phone number, calling one of the contractors, and letting them know your background and eagerness.

The work is critical. Trappers are a targeted measure; when predator populations get really bad, the government authorizes the use of the heavy-duty pesticide 1080 in the valleys — water-soluble stuff that kills pretty much all the critters, including some of the birds.

It’s a harsh measure, but doing this levels the playing field. Afterward, trapping aims to keep the numbers down so birds can thrive. It seems like a losing battle, but it somehow works.

A Day In The Life: New Zealand Stoat Trapper

Heading out on the job that morning, not only did I feel extremely lucky, I also felt like I was making a difference. 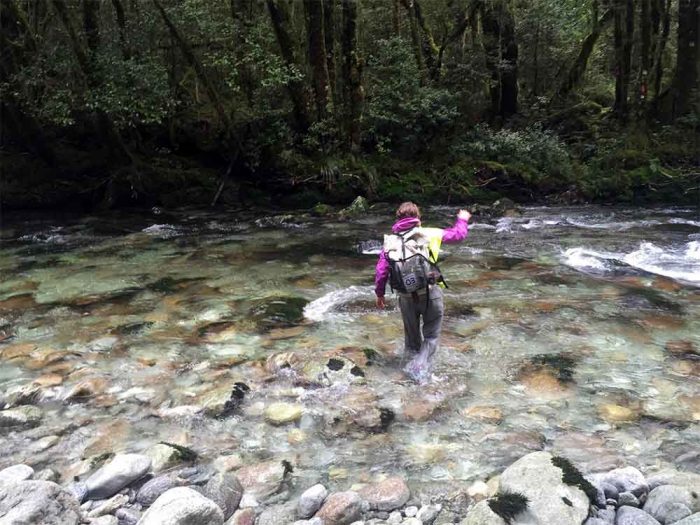 It is a really hard job. When it is sunny and you’re looking at waterfalls all day it can seem reasonable

But sometimes it’s pissing an inch of rain an hour and there is frost on the ferns. You’re crossing the umpteenth waist-deep creek of meltwater, bushwhacking to follow blue flagging tape over a minefield of glacial moraine stacked up against precipitous bluffs.

Then it seems insane.

After cleaning 15 km of traps along a side canyon with no tourist trail, we hit the famous Milford Track. We continued on it until we reached a workers hut where all of our food and overnight bags were delivered by helicopter. Our boss Adrian fixed some sushi and we watched the sunset. 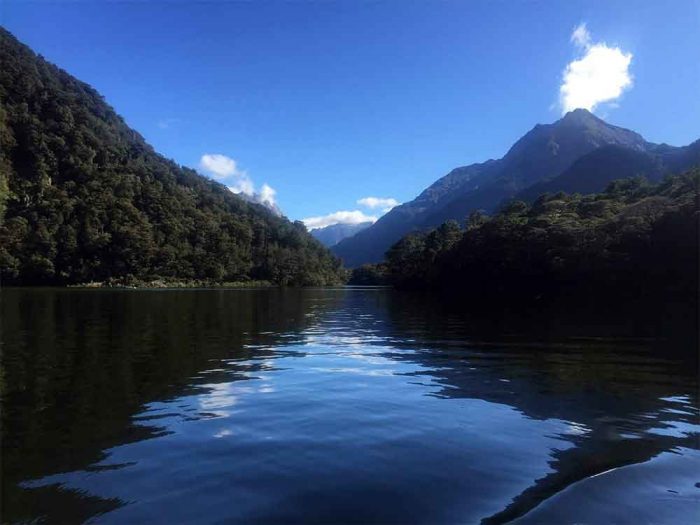 At 3 a.m. the next morning, I was jostled awake by Adrian. He led me outside, handed me a red light and had me point it under the hut. He started making a strange noise – some sort of chirping bird call. A few seconds later a kiwi came running towards me with its huge long beak! It was bigger than I had imagined and so beautiful.

The job certainly comes with the some prerequisites: You need some outdoor wits about you, and need to carry a heavy pack (the meat and eggs start out weighing about 20 lbs each day). You’ll need the ability to work a GPS and cross swollen rivers, and have a willingness to suffer if the weather turns. Rain and cold temps are no excuse, so having good, durable, light gear is essential for surviving in all bad conditions.

It’s a rough, sometimes dirty, and remarkably beautiful job for the hardy soul. I relished the opportunity.

Adventure photography, it turns out, is not for the faint of heart. Read more…

It was so powerful to see the benefits of the trapping work first-hand. Many native New Zealanders have never even seen a kiwi, to the extent that they are considered mythical creatures.

The next day, we hiked out on the Milford Track and caught the boat across Lake Te Anau and back to civilization. As Adrian handed me several hundred dollars in cash, I couldn’t help but think I should be paying him. Then I remembered the gag-inducing dead stoat I’d had to remove by myself and, with a smile, I pocketed the money, and instinctively went to wash my hands one more time.

Up Next: #Travelgram Envy: 7 Instagrams To Inspire Adventure