Three schools help pave the way to diversify cycling through an intrepid program.

In the fall of 2020, three cycling power brokers came together for a series of discussions on diversity in the cycling community.

Through this process, Cannondale, one of the largest manufacturers of bicycles, EF Education-NIPPO Pro Cycling, one of the top professional teams, and USA Cycling (USAC), the national organizing body, collectively decided that starting at the collegiate level was the best way to bring more racial diversity to the sport.

This program is committed to 3 years, but it may go even further depending on need and the status of each team in the future.

‘Cycling is for Everyone’ Schools

The Institute of American Indian Arts (IAIA) and Navajo Technical University (NTU) will pave the way for collegiate cycling amongst the Indigenous community. Johnson C. Smith University (JSU) will be the first women’s cycling team at any HBCU and the first in the institution’s 154-year history.

To put that in context, there are already 215 existing club and varsity collegiate cycling programs in the U.S., many of which have been around for decades. These three teams will open the door of cycling to new communities as well as strengthen the schools’ ability to recruit, inspire, and develop leadership skills amongst its students.

“We wanted to offer something new for the students,” said George LaFrance, athletic director at NTU.

“Before this team, we only offered rodeo, archery, and cross-country. All our collegiate athletes get scholarships, so as long as the cycling team keeps a 2.5 GPA or higher, they will as well. This puts education first and competition second.” 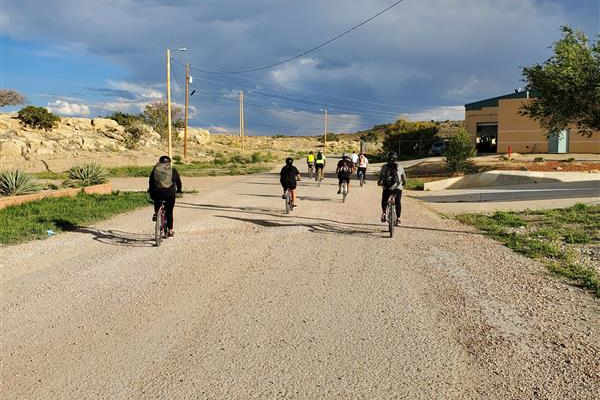 When St. Augustine’s University created the first HBCU cycling team in early 2020, Cannondale, EF Pro Cycling, and USA Cycling recognized they also had an opportunity to support DEI efforts in the sport.

“Providing access to Indigenous and Black communities is one way we can bring greater diversity to cycling,” said Jonathan Geran, Cannondale global director of sports marketing. “These teams will inspire young Black and Indigenous riders, and we look forward to supporting this historic journey.”

The three schools will receive support including administrative assistance, equipment, finances, mentorship, coaching, and technical guidance. Teams will include a mix of varsity and clubs, focused on varied disciplines.

A selection committee comprising Cannondale, EF Cycling, and a USA Cycling DEI Task Force designated the grant recipients following an application process open to any HBCU and TCU in the country.

“We were having conversations for most of last year on how to make the biggest impact. Through these, we learned that representation really matters,” Geran said.

“People need to associate with what they see. I don’t think cycling, for the most part, actively excluded people from riding, but we had to think differently.”

The overall goal was to build long-lasting programs for students to experience the benefits of cycling, like inclusivity, community, and adventure. This committee discussed other solutions, like junior programs, a more diverse ambassador program, teaching classes, education on where to ride bikes, and so on. But the collegiate level stuck out as the biggest area of impact.

“We had to build a path, not just optimize at the highest, elite level,” Geran said. “This was everything we wanted — tangible and attainable in a short period of time, yet it would make a real impact. It wouldn’t be every school in the world, but it could put us on a path to get there.”

With their first race, two cyclists from St. Augustine have made history as the first official cycling team at a historically Black college or university. Read more…

In total, 19 HBCUs and TCUs applied for the grant. The committee reviewed each application, discussing the goals, infrastructure, and potential impact for the student body. Many schools reached out to local shops and put together holistic plans to work together, highlighting how a grant could affect the entire ecosystem.

The committee wanted to see full incorporation into the school’s athletic program and a path toward becoming self-sustaining within the college or university.

USA Cycling will function mostly administratively, with insurance, licenses, and getting people into races. Cannondale is providing equipment, like road, gravel, cross, and mountain bikes (a total of about 30 bikes), with some financial support in future years.

And EF Pro Cycling is the primary driver of financial support and will help with mentorship and coaching to get the programs off the ground.

“We had a lot of conversations with the head of the cycling program at St. Augustine University. He was an incredible resource to build these programs out,” Geran said.

“The biggest lesson was to have someone who would champion the program. Without that, they would likely fail, so we looked for that in the selection process. He also saw what infrastructure was necessary, like shops and trails.” 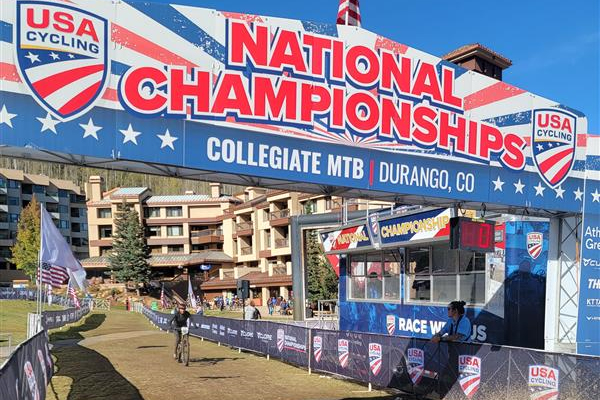 LaFrance said he saw interest in the team from all five NTU campuses across New Mexico and Arizona.

“When we first started talking about the bike team, we got a lot of interest,” he said. “There is a lot of riding in the Navajo community with youth, and we’re bringing a collegiate team to add to that.”

Unlike NTU, the cycling culture at the IAIA is small. Paul Moore, the coach of the IAIA team, says that most of the school’s students come from rural communities where cycling doesn’t exist, especially as a competitive sport.

“Many of these towns are remote, without races in the region, so they don’t do it much as kids. That’s starting to change, but it takes time, especially with gravel riding,” he said.

Moore said their primary driver to apply for the grant was a long-term impact.

“I’ve been cycling for 45 years, and it’s changed my life. These kids may compete for a season or during all of college, and decades later they’ll probably still be riding. We’re different than other schools and cycling programs because we’re a school of artists, not athletes. This will allow these students to keep it long term in their life.” 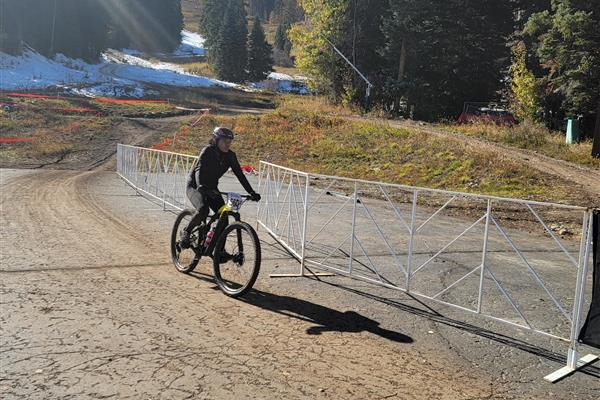 Moore went on to suggest that the program could help spur something he called “steady and competitive.” He also noted that while a long shot now, the idea of IAIA’s cycling team competing against much larger colleges was “not out of the question.”

The IAIA team currently comprises six riders from five different tribal nations and Japan. “It’s a mix of men and women, ages, and majors — everything from painters to filmmakers to museum studies folks,” Moore said.

“You see a student going from being scared of a 3-inch curb to doing a 10-foot drop, and the impact is clear: crashing, getting up, and keeping on. That idea is really good for our mental health.”

Up Next: Biden Blocks Boundary Waters Mine: Twin Metals May Face 20-Year Ban