When you think about it, heli-skiing isn’t very sustainable. You board a plane to a ski destination, then hop in a gas-guzzling helicopter with a few other people who have flown in to be there too, only to get dropped on top of a mountain.

Then there’s all the machinery that goes into maintaining a remote ski destination: snow machines, snowcats, planes. You might stay in a hotel or a lodge that utilizes single-use plastics, powered by non-renewable energy sources.

Now, we aren’t saying heli-skiing’s not fun or not worth doing. It’s just not a sustainable sport. But that’s changing as we speak.

In September 2020, Bella Coola Heli Sports achieved the impressive and the improbable — it became the first heli-ski operator in the world to go carbon-neutral. Located in Bella Coola, British Columbia, Bella Coola is a 3,550,000-acre mountain wonderland.

Here’s how the two heli-ski operators made it happen.

Heli-Ski With a Carbon-Neutral Footprint: Meet the Operators

NEH is located in Skeena Mountains near Terrace, British Columbia, a short 90-minute flight from Vancouver. It offers more than 5,500 square kilometers of pristine wilderness.

It also has a 3-year plan to reduce its greenhouse gas emissions and adopt renewable energy sources, such as solar panels and electric vehicles, to support its operations.

“Over the 35 years of my career as an ACMG guide, I have witnessed incremental changes in our climate, our snowpack, and our glaciers. The first of many steps to achieve this for us is to become carbon-neutral. We need to do the best we can to mitigate climate change,” explained NEH co-founder John Forrest.

“Every single department of our company is drilling down to the basics of how we can shift our operations to mitigate our environmental impact.”

NEH analyzed every single aspect of the company’s operations from mountain commute to guest experience. For example, it works with local recycling companies to reduce waste. And once its machines reach the end of their lifespan, they’ll be replaced with electric ones.

And NEH will also encourage guests to purchase carbon offsets for their flights. (Or, even better for locals, travel there in an electric car!)

Pro skiers and snowboarders from around the world are gathering in Copper Mountain, Colo., yet again for the Dew Tour competition. And the stakes are high with it being an Olympic qualifiers event. Read more… 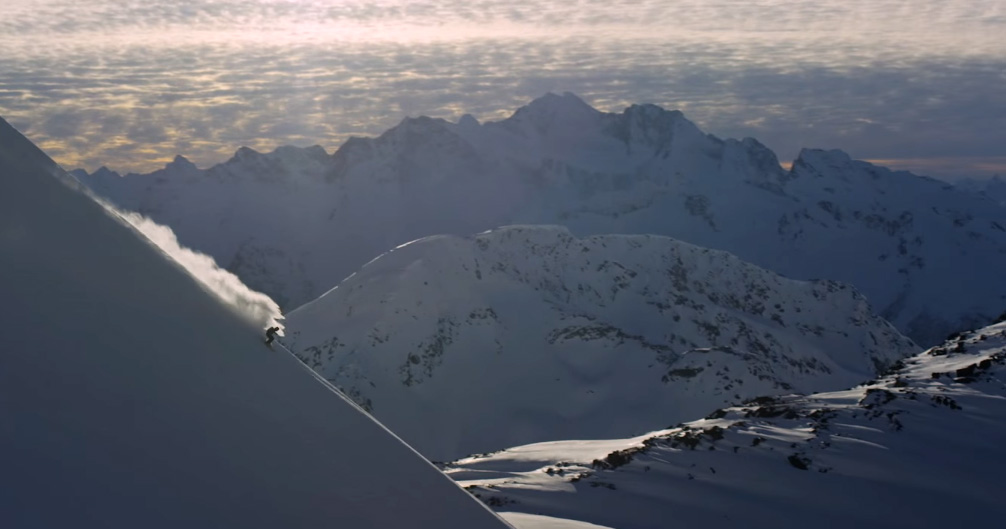 After tracking and measuring its greenhouse gas emissions for 2019 — everything from operations to employee commutes — it initiated policies to reduce emissions company-wide. It’s now the world’s first and only climate-positive heliskiing operation.

“Carbon-based fuels are contributing to a global crisis of climate change, resulting in a loss of biodiversity and destruction of land,” said CEO Beat Steiner. “While there is currently no alternative to carbon-based aircraft fuel available, we are determined to do our part and make a tangible difference.”

But in 2020, Bella Coola took its offsets to the next level. Rather than offsetting just enough to cover its emissions for 2019, Bella Coola offset 10% more than what it emitted. And hopefully, we’ll see the climate-positive heli-skiing trend continue.

If it does, British Columbia’s Northern Escape Heli Skiing and Bella Coola Heli Sports will be leading the pack.

Up Next: Live Ski and Snowboard Coverage From Dew Tour: Halfpipe, Slopestyle, and More