Despite reporting higher profits, footwear giant Crocs announced it will shutter its manufacturing facilities and bring in a new CFO.

Crocs, the manufacturer of those funky outdoor clogs, announced today it’s planning on shuttering all of its company-owned manufacturing facilities. That includes a plant in Mexico and the Niwot, Colorado-based brand’s last facility, located in Italy. 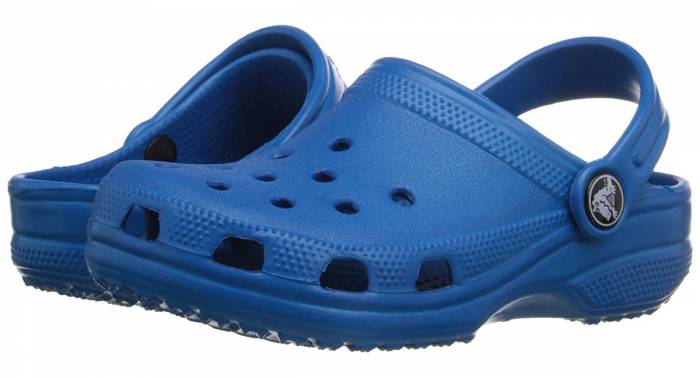 The shakeup is the latest in a series of moves Crocs intends “to simplify the business and improve profitability.” This is apparent in the brand’s closing of a number of its brick-and-mortar locations. After closing roughly 28 stores in the last quarter, Crocs now operates fewer than 400 globally.

Its manufacturing facilities and retail locations weren’t the only branches of Crocs that took a hit. The company also announced its executive vice president and CFO, Carrie Teffner, will leave her post by April 2019.

Crocs CEO Andrew Rees lauded Teffner’s work at the company, explaining she will soon transition into a strategic projects role. Current Zappos CFO, Anne Mehlman, will succeed her as CFO on August 24.

“Carrie originally joined Crocs as a Board member in 2015 and stepped into the CFO role to assist with the Company’s transformation,” said Rees in a statement. “During this time, we have made significant progress, including a return to topline growth and significantly improved profitability. We are now in a great position for a CFO transition and are thrilled to welcome Anne back to Crocs as our new CFO.”

Despite what appears to be trouble in clog paradise, the company exceeded second-quarter earnings projections by roughly $7 million. Rees acknowledged that the brand’s “clogs and sandals continue to perform well,” and Crocs’ impressive second quarter has it “well positioned for the back half of the year.”

Of course, the question now is: Who’s making Crocs? According to slides from its investor presentation this week, the brand says it plans to “outsource all production” and “employ more efficient processes resulting from global ERP and standardization.”

With this move, Crocs clears overhead costs associated with its closed manufacturing facilities and smaller retail store base. Now, it hopes to lean more on its e-commerce and wholesale growth.

Up Next: Ambassador Alert: Salomon Wants You on Its Squad!