In the wake of a near-fatal accident, one of Instagram’s most popular pooches is pulling through thanks in large part to the generosity of van lifers and outdoor enthusiasts.

It’s a good bet you’ve seen Bertha the big orange van and its family of wandering adventurers. The Instagram-famous van has been the focal point of Brianna and Keith Madia’s adventures for the last few years.

The couple has gained over 250,000 Instagram followers, whom they treat daily to desert vistas and the miscellanies of van life reality. And in that time, their dogs — Dagwood and Bucket — have risen to social media stardom.

But this month, the photo dispatches took a grim turn. Brianna informed her followers that a car hit Dagwood. Worse, the couple was 300 miles from a vet when it happened. 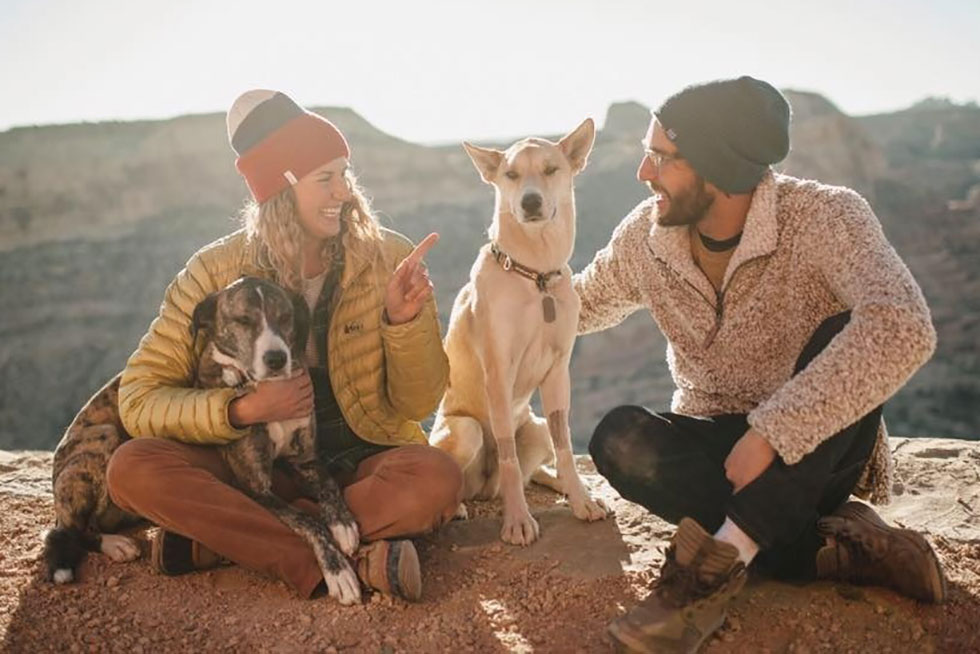 The story that unfolded in the days and weeks that followed rallied a remarkable outpouring of support from the dirtbag faithful. Despite receiving less than a 10-percent chance of survival, Dagwood has — very publicly — rallied. And the Madias have managed to raise nearly $100,000 to offset veterinary expenses.

Dagwood was hit by a car yesterday. We had to drive him 300 miles to Bend, OR to an emergency vet. The prognosis is grim and I’ve been given enough Valium to be able to write this down. They are trying to stabilize him before attempting any surgery. If he does survive, there will be long-term effects and months of recovery. Keep us in your thoughts. Not sure what else to say.

To be sure, the GoFundMe dollars point to the public’s overwhelming support of Dagwood’s recovery. But perhaps another metric reveals just how much this story has captivated the masses.

While the Madias are no strangers to the limelight, this accident has galvanized the pair’s following by orders of magnitude. Whereas a typical post from Brianna garners 10,000-20,000 likes, posts on Dagwood’s journey to recovery have topped 100,000.

What’s more, the couple and their dogs have also received anonymous gifts. From notes to flowers, cases of beer, dog toys, and hand-drawn pictures of Dagwood, the Madias now find themselves buoyed by a following they may never meet.

In the week following the accident, Dagwood underwent successful surgery to install a plate in his foreleg that prevented an amputation. He lost his tail and some of the skin around his stomach and faces further surgery to finish recovery. Follow his progress on Instagram at @briannamadia and using the hashtag #TalkToDagwood.