Clever new brand Energym may have just created the coolest stationary bike out there.

Do a workout, power your phone. Get in a long ride, charge your computer. This wacky electricity-generating bike harnesses human power into electric power.

How does it work? The RE:GEN bike captures power generated during a workout, and then stores it inside a 100Wh battery called the Ohm. Once you finish a ride, simply unhook the Ohm from the bike, and you’re ready to start charging electronic devices. Basically, “burn calories, not carbon,” the brand said. 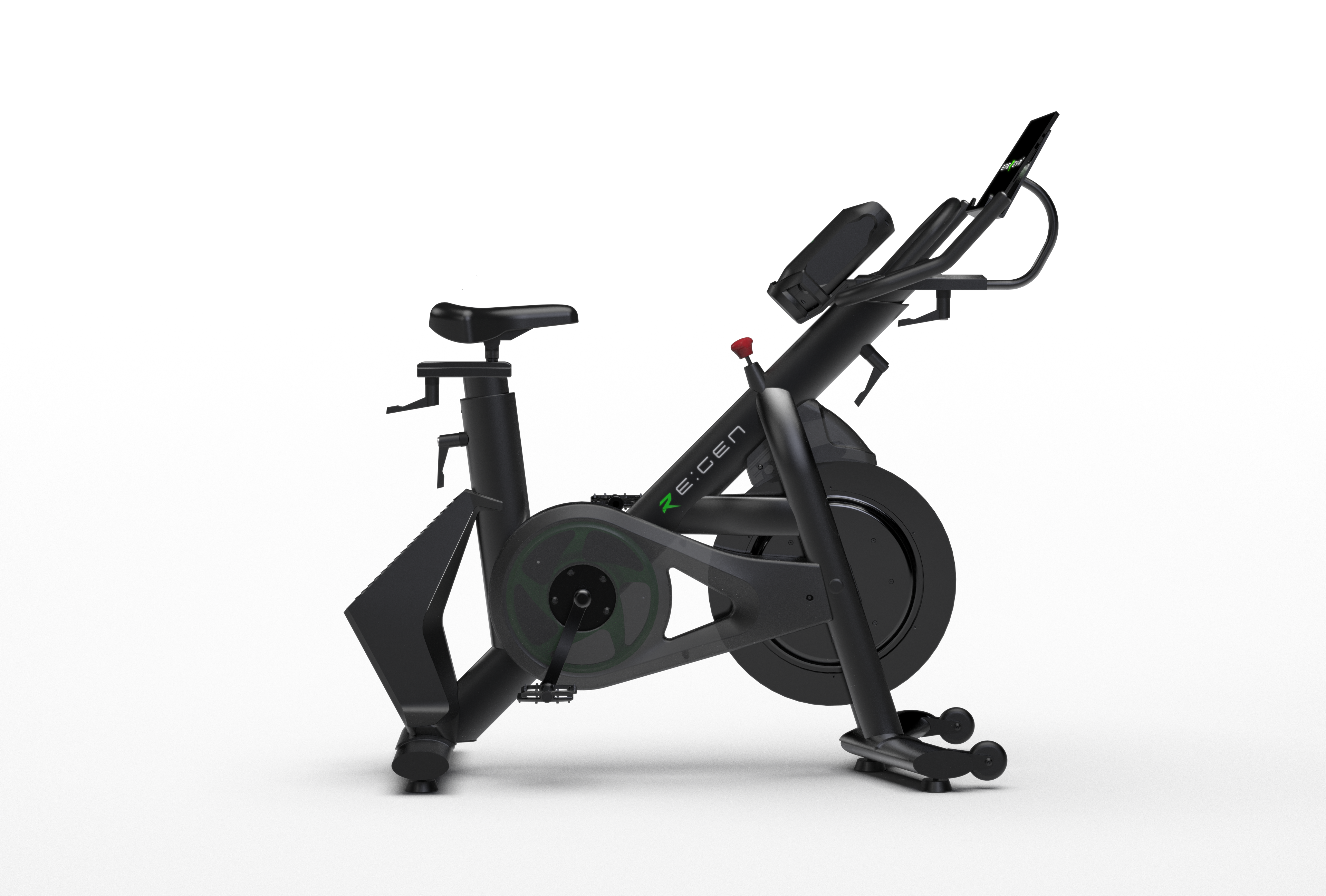 “The biggest challenge was really the efficiency problem,” founder and CEO Will Flint said. “To extract and harness energy from people’s workouts is possible, but the trick is making sure that you’re maximizing the efficiencies you’re getting from the human to the battery.”

The Future of Van Life Is Here. And It's Electric!

Van-based travel has been accelerating the past few years — and the pandemic lit full afterburners on the well-established van life movement. But this mobile-living diehard says he's discovered what's next. Read more…

Pedals to Power: The Premise of Converting Human Energy

Now, Energym isn’t the first to think of using a bike to generate power. Lots of companies out there — even schools — have found simple ways via a belt and generator to convert pedaling into power to a standard outlet. You can even build your own.

But, powering larger devices takes a lot more energy. (This article from NPR explains how much you’d need to ride to power a whole house.) But Energym did the math on at least powering electrical devices, efficiently, and built that idea into a pretty snazzy bike trainer. It’s even compatible with Zwift.

“The average workout generates between 170Wh and 230Wh,” the brand claims, “enough to power a MacBook Pro 2.6 times, an iPhone 12 8 times, an iPad 4 times.” And, it can work with plenty of other rechargeable electronics, too.

The RE:GEN Ohm comes standard with USB-C (100W) and USB-A (36W) charging. A snap-on power extender enables it to charge up to four devices simultaneously. Bonus points? Riding this bike reduces your carbon footprint, and maybe even lowers your energy bill.

Like many fitness brands, this brand also has a companion app that will track your rides, provide tailored workouts and “battle mode,” and more.

The final feature of this bike trainer is something called sweatcoins. You know how you don’t want to let that energy you create go to waste? Well, this is another way to literally cash in every time you sweat.

Every time you ride your RE:GEN, a “wallet” in the Energym app tracks how many sweatcoins you earn from your workout, based on length, intensity, and more. You can spend your sweatcoins in the app, redeeming them for rewards and discounts on exercise gear, and even a discount on the monthly app subscription.

Energym is a UK startup founded in 2017. This first model of the RE:GEN bike took 4 years to develop. Learn more.

Speedland has created one shoe — or equipment, as they call it — that could be altered to effectively handle all types of terrain. Check it out! Read more…