Melissa Arnot became the first American woman to summit Mount Everest without the use of supplemental oxygen today, May 23. 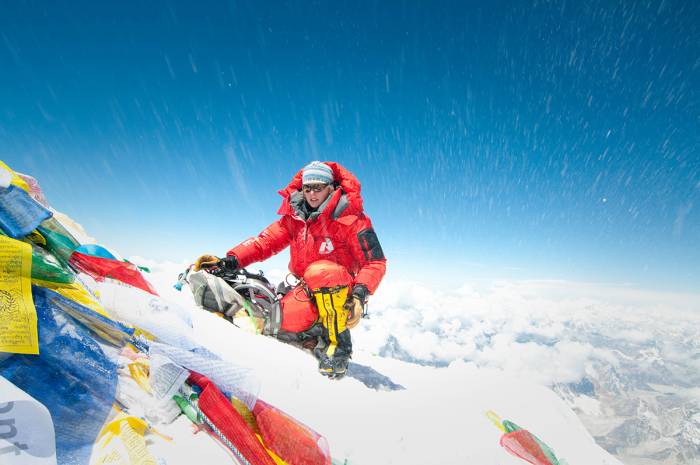 In the ascent, Arnot also solidified her record for most summits by a foreign woman, which she previously held, and now sits at six total ascents.

“I never anticipated that I would be lucky enough to summit once, let alone six times,” Arnot said. “Climbing Everest without supplemental oxygen has been a goal of mine for a long time.”

She continued, “When you succeed at reaching your goal, it makes you reflect on the hard days, the work, and lessons I’ve learned along the way. I’m incredibly fortunate to have this experience.”

Arnot, 32, a guide and Eddie Bauer athlete, summited via the north side from China. It was her first ascent up that route, with her previous five summits attained via the South Col route on the Nepal side of the mountain.

Ascending to the 29,029-foot summit of Everest requires supplemental oxygen for the vast majority of climbers. Of the more than 4,000 climbers who have summited Everest, less than 200 have done so without breathing bottled oxygen.

The first woman to climb Everest without supplemental oxygen was Lydia Bradley of New Zealand, who summited on Oct. 14, 1988.

More than 400 people are attempting to climb Everest this year. The news of Arnot’s summit comes as a bright spot among dark news from the world’s tallest mountain this month.

Women Are on the Rise in the Climbing World

History made: The American Alpine Club has inducted a 31-year-old woman into the Hall of Mountaineering Excellence. Read more…

A professional mountain guide since 2004, Arnot has guided on three continents, summited Mt. Rainier, Washington’s highest peak, 104 times, and will be attempting to climb the highest peak in all 50 states in 50 days this summer.

She will embark on the 50 Peaks challenge from approximately June 30 to August 20, 2016, with Maddie Miller.

Up Next: Got Hemp? New Growing Law Endorsed By Patagonia