Home » News » V8 Ford Bronco DR Is a Race-Ready Reality, and You Can Buy It

Ford says the 2023 Bronco DR (Desert Racer) will be the most potent production Bronco ever, with a 5.0L V8 targeting over 400 horsepower. With beefy suspension upgrades and race-optimized everything, its off-road DNA draws from the platform’s history of Baja competition success.

The upcoming Bronco DR won’t be available until late 2022, but it will give Ford racing fiends plenty to think about in the meantime. Celebrating the only 4×4 ever to win the Baja 1000 outright, Ford builds the turnkey race truck to turn heads.

As such, it’s got no glass, no doors, three gaping air intakes, and a loud promo video.

But it’s also got plenty of hardware upgrades.

“It’s not just a Bronco with some stripes on it,” said Paul Wraith, Bronco chief designer. “We were inspired by extreme rally cars and then went all in. For this skunkworks project, the Bronco team quickly found a theme and developed CAD with heavy use of virtual tools. This is an off-road racing vehicle built out of a production vehicle. We’re so happy to have been involved.” 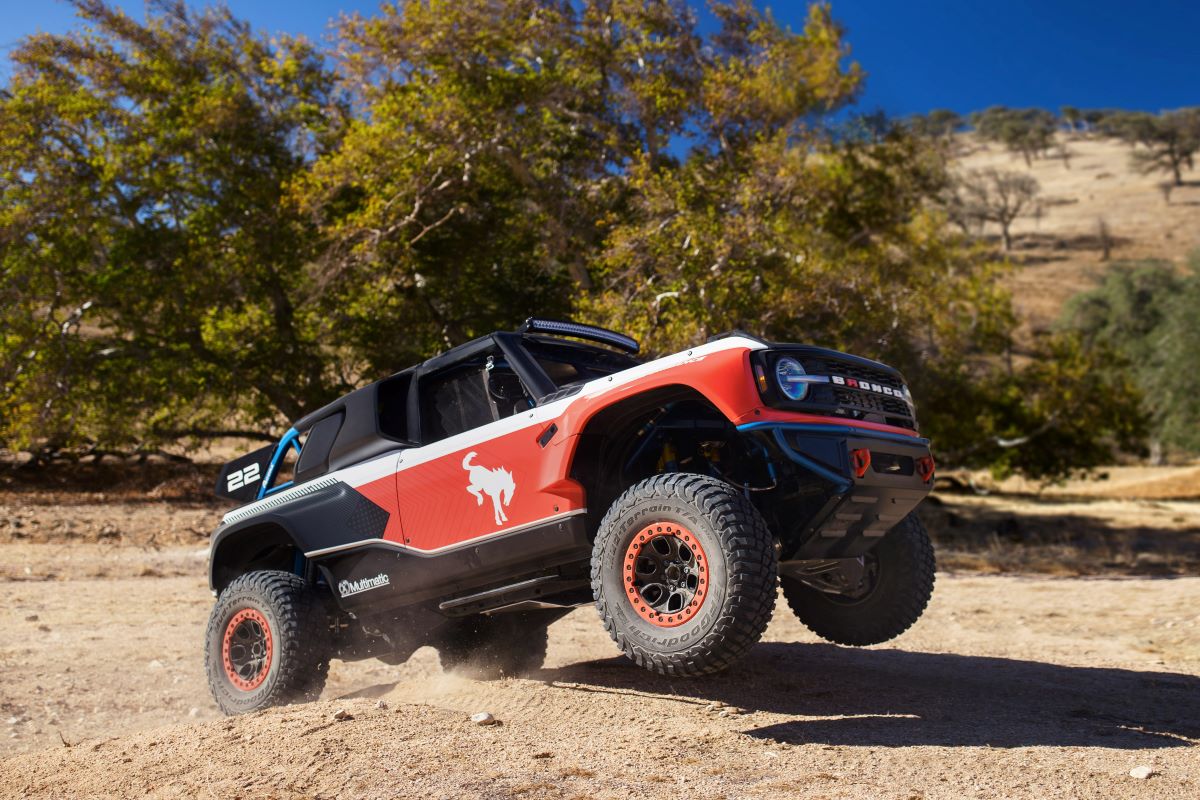 For now, the brand keeps most final specs under wraps, but the Bronco DR packs a long list of hardware for off-road desert racing. The first run will include just 50 of the V8-powered, Multimatic suspension-equipped Broncos. 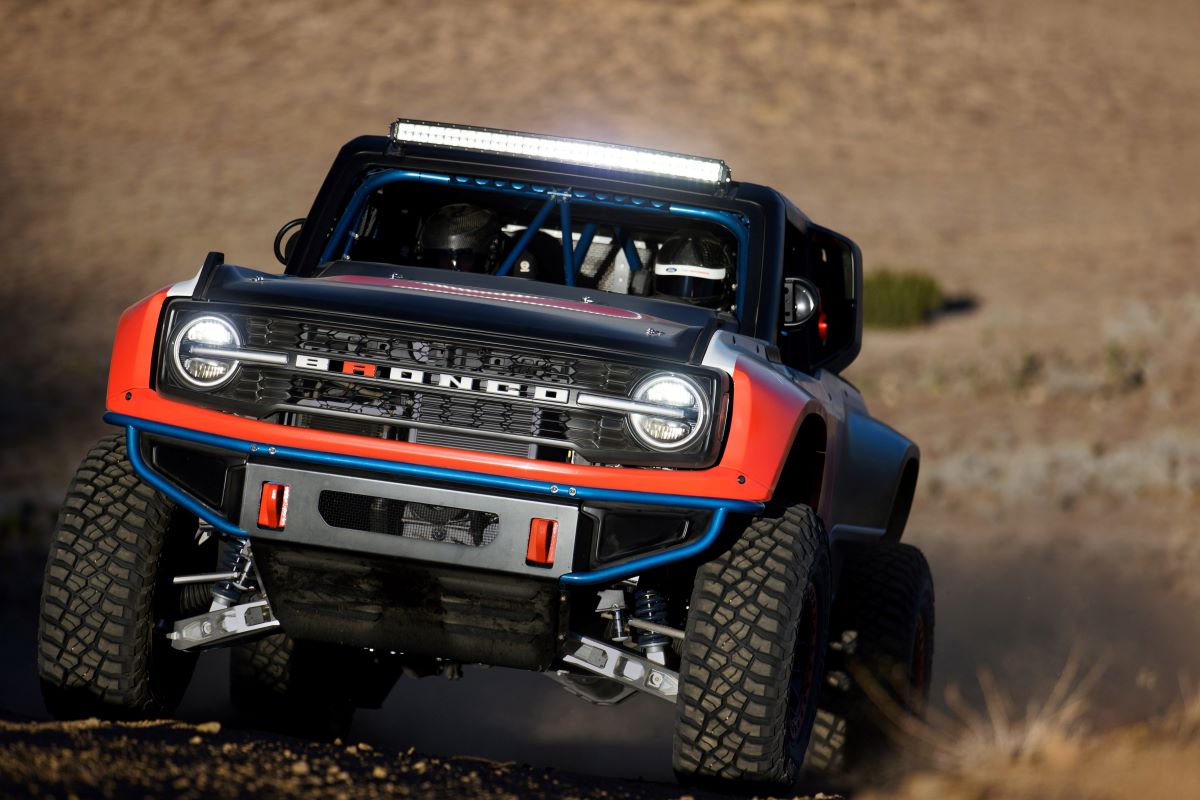 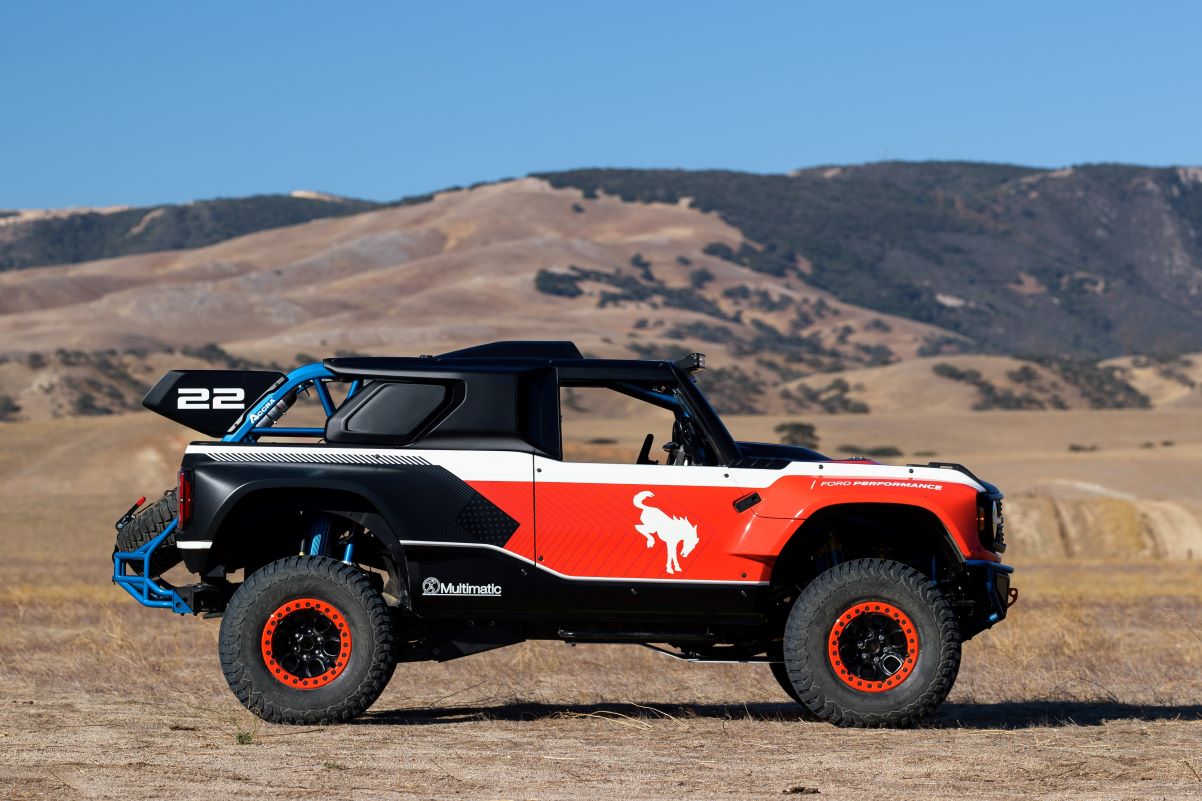 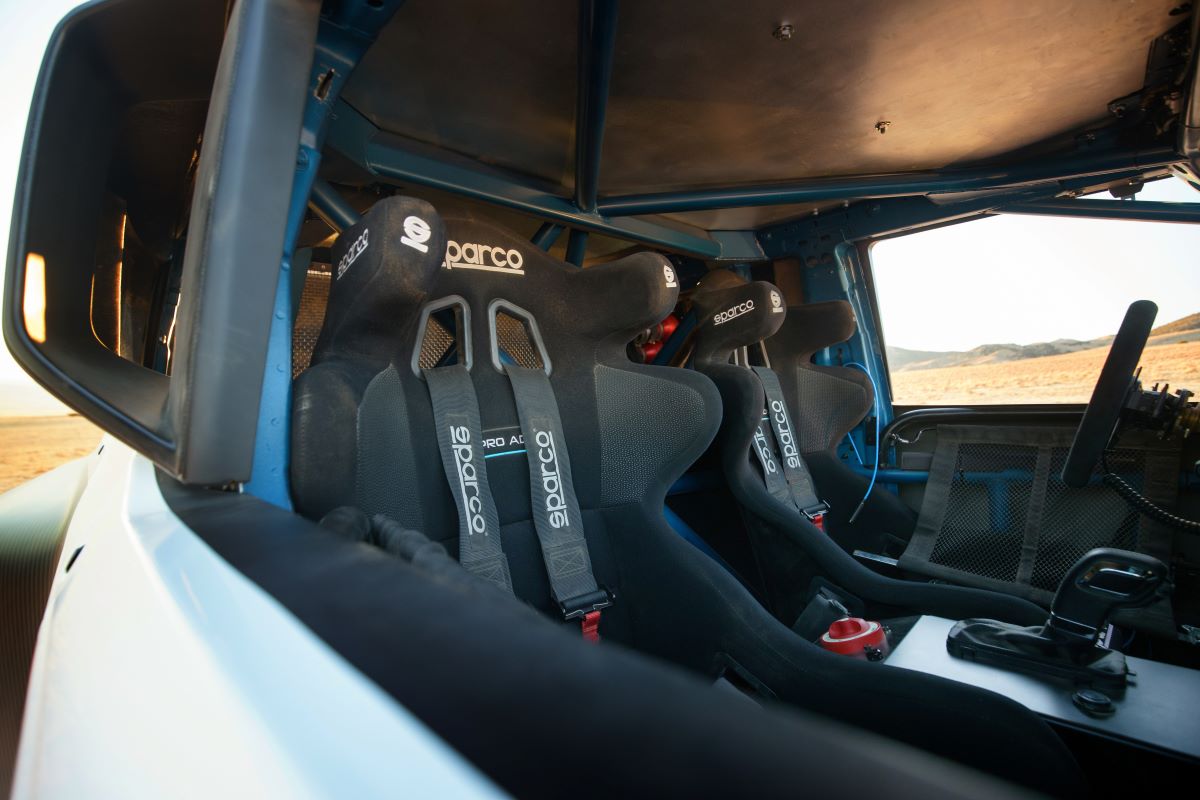 Ford originally developed the 5.0L Coyote V8 for the Mustang GT and eventually adapted it to the F-150. It gives the current F-150, with the same 10-speed transmission as the Bronco DR, an even 400 horsepower. 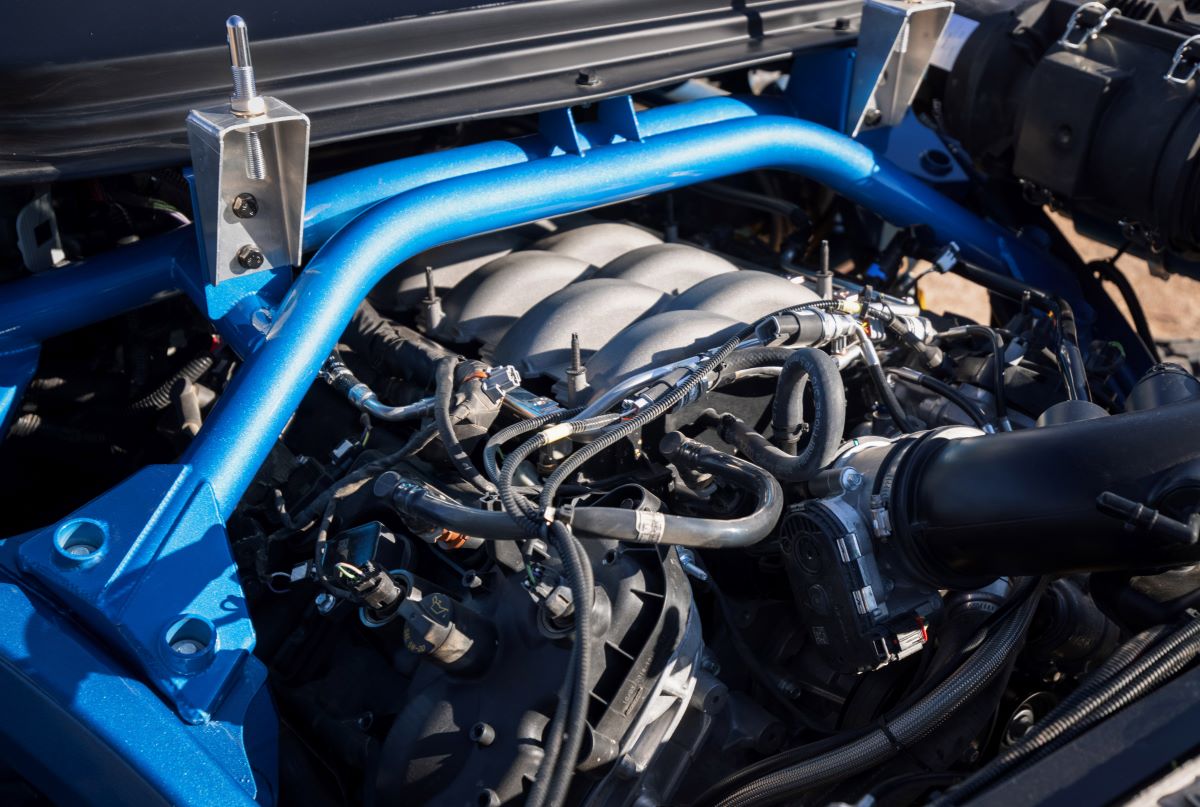 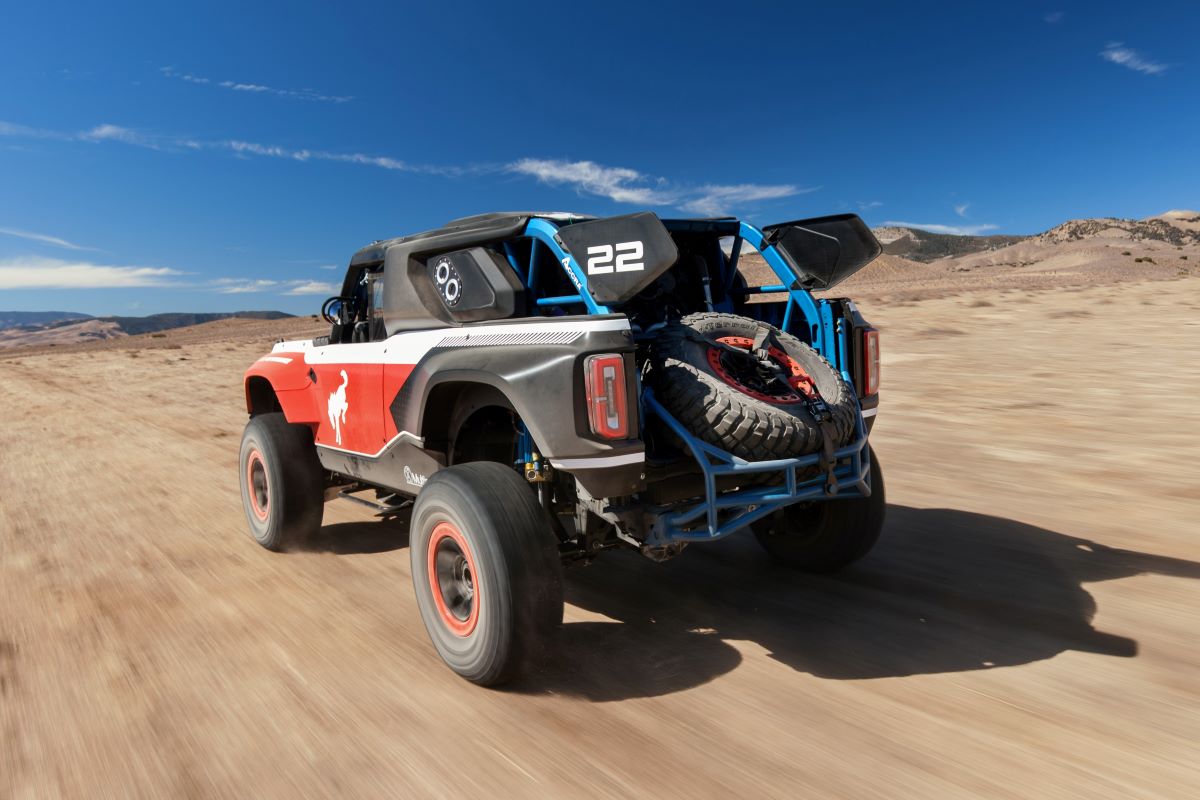 The 2022 Bronco DR makes its race debut next September at the 2022 SCORE Baja 1000. MSRP is not yet finalized, but estimates land in the mid-$200,000 range. You can learn more about the most potent production Bronco ever, or make a purchase inquiry.