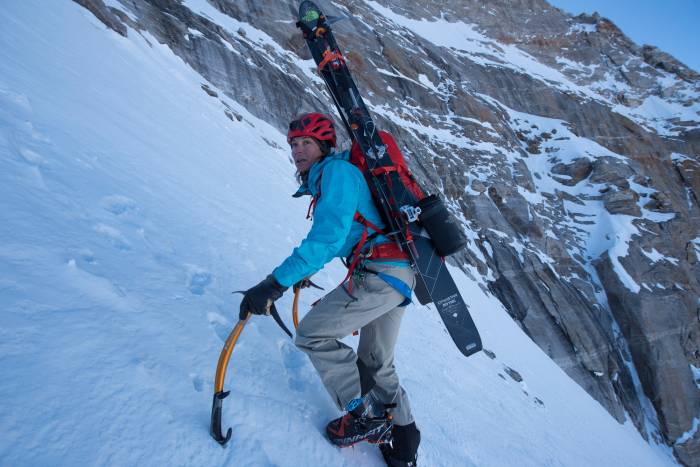 Known for impressive ski mountaineering in the Himalayas, Hilaree Nelson will take over the role as The North Face athlete team captain from Conrad Anker, who held the position for 26 years.

From free-soloing El Capitan to ski descents on Everest, The North Face athlete team comprises some of the most recognizable names in outdoor sports. Conrad Anker, 55, captained this team since its inception in 1992, but the brand announced a change this week.

The North Face named Hilaree Nelson, 48, Captian of the Global Athlete Team. She is just the second athlete to hold the position and the first woman.

Hilaree Nelson has been a TNF athlete for nearly 20 years. She performed the first American ski ascent and descent of Papsura Peak, India, linked two 8,000-meter peaks (Mt. Everest and Lhotse), and is a 2018 National Geographic Adventurer of the Year.

Nelson is also the face of The North Face’s Move Mountains campaign, an initiative that empowers women to explore.

“It is my great honor to hand the reins of Team Captain to Hilaree Nelson,” said Anker said.

The team captain of The North Face serves as the voice and face of a storied brand known for its impressive athlete team. More than 50 athletes run, ski, climb, and adventure in the outdoors for the brand. 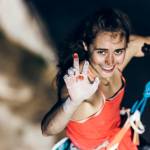 More visibility, more representation, and more celebration of women who crush. The North Face and Girl Scouts of the USA launch "Move Mountains" to highlight pioneering women and provide more opportunities to help women thrive in the outdoors and leadership positions. Read more…

In addition to serving as a figurehead, the team captain serves as the main conduit between the athlete team and The North Face corporate team.

The captain also helps build and manage the team of the future.

“Hilaree was a natural choice to succeed Conrad in the role of Team Captain,” said Mike Ferris, senior director of global brand management. “Not only is she one of the best ski mountaineers in the world, but she has become a constant force of support, motivation, and vision to her fellow athletes.”

Nelson will begin as captain now, with Anker serving as a co-captain through 2018. Come 2019, Nelson will be the sole team captain.

Nelson is mostly known for ski mountaineering and holds an impressive list of achievements in the mountains. When not on a foreign expedition, Nelson resides in Colorado.

In 2017, Nelson summited Denali twice. And she was the first woman to ski the Makalu La Couloir on Makalu, Nepal.

One of her most celebrated achievements was the first American ski ascent and descent of Papsura, a 21,165-foot mountain in northern India. She was first entranced by the summit in 1999 when she was handed a photograph of Papsura.

Nelson attempted to ski the mountain in 2013 but had to turn back due to tough conditions and teammate complications.

Years later, she set her sights on Papsura and trained tirelessly for the objective.

In a span of two months, for training, Nelson skied 14 of Telluride’s most daunting couloirs. Then, when it came time to attempt Papsura, she successfully completed the ski ascent and descent.

And to top things off, after returning from India, Nelson went straight to Denali. There, she climbed the Cassin Ridge and skied the Messner Couloir.

That’s an impressive series of ski-mountaineering events! The expeditions and her history in the mountains solidified Nelson’s place as one of the best, worthy of leading the next generation of The North Face’s outdoor exploration.