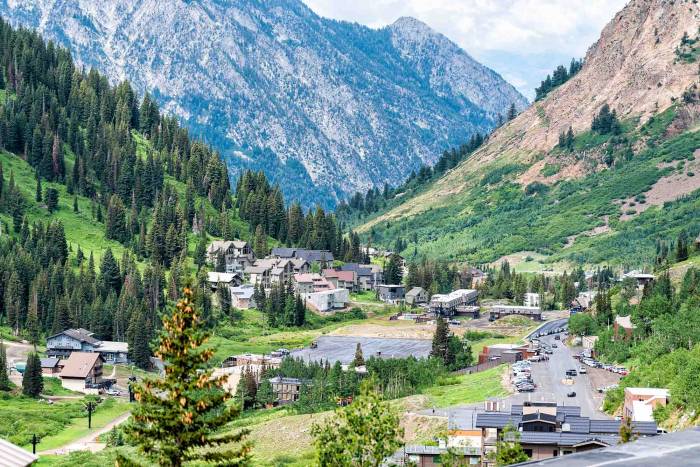 An aerial shot of Albion Basin and Cottonwood Canyon; (photo/Shutterstock)

Though it could take years to complete the project, officials from the Utah Department of Transportation (UDOT) said it’s the best choice among several proposed options to improve traffic concerns in the area.

Officials chose the gondola over another option that involved rapid bus transit as well as widening the road, according to an official statement Wednesday. The project will require the construction of 2,500 parking spaces less than a mile northwest of the canyon’s entrance.

The service will run every 2 minutes via cabins with a capacity of 35 people. UDOT’s plan also includes enhanced bus service, which will begin before the gondola’s construction. The entire travel time from parking to Alta will be about 55 minutes. That includes 37 minutes riding the gondola itself.

Transportation officials released the project’s environmental impact statement on Wednesday. It’s available for public comment through Oct. 17, when the decision will be finalized.

The decision comes after a “record-breaking” public response delayed the process earlier this year. Climbing organizations and other athletes have also questioned the need for a huge construction project. They say it will negatively impact the canyon just to satisfy the demands of its popular ski resorts.

UDOT released this video to explain its decision.

A Long Road to Completion

Securing the massive funding needed for the gondola could take years, project manager Josh Van Jura said in the video.

The project will require financial support from local and federal sources, as well as private investors, Van Jura said.

In addition to building the tolling infrastructure, transit parking, and widening Wasatch Boulevard, there are also the annual maintenance costs of the gondola, he said. UDOT officials estimated $4 million in annual costs during the winter and another $3 million if it runs during the summer.

That all means a lengthy timeline for the project. Van Jura said UDOT would begin with enhanced bus service — without widening the canyon road. The agency may also prohibit single-occupancy vehicles from entering the canyon during peak traffic days, he said.

“We know how important this study is to so many canyon users, as the amount of public participation and comments we’ve received far surpasses any previous environmental study in UDOT’s history,” Van Jura said in a public statement.

Speaking to local media, Salt Lake County Mayor Jenny Wilson said she and other county officials would try to overturn the decision. She said it’s a hefty price tag for taxpayers, as well as an environmental issue. 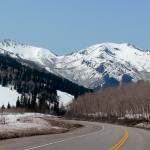