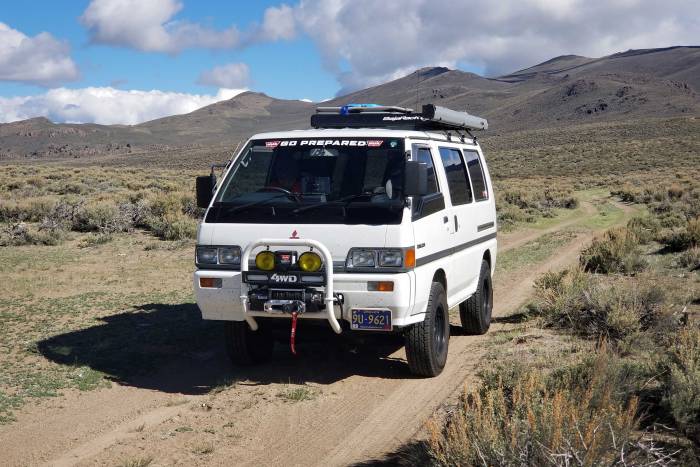 According to a statement on the SAN website, “At the SAN’s request, State Automotive Enthusiast Leadership Caucus member Rep. Shelley Rudnicki introduced a bill in Maine to allow on-road registrations to be issued for imported vehicles manufactured at least 25 years ago. Under federal law, these vehicles are exempt from federal safety and emissions standards. Current Maine law prohibits vehicles that do not meet these standards from being driven on public roads. The bill currently awaits consideration in the House Committee on Transportation.”

One of the core points of the Delica debacle I wrote about in ’21 was that Maine does not register “off-road” vehicles for road use. Maine defines an off-road vehicle as one that does not meet Federal Motor Vehicle Safety Standards (FMVSS) and therefore doesn’t carry the manufacturer-applied decal showing compliance. This is despite that, on a federal level with proper documentation, people can import cars regardless of FMVSS compliance so long as the vehicle is over 25 years old.

However, vehicle registration is handled by individual states, not at the federal level. At this time, we’re only aware of Delica owners receiving deregistration letters from the state; no other vehicles were affected.

According to language on the SAN website, Rep. Rudnicki’s LD 63 bill acknowledges that “the state has been actively canceling registrations of certain imported vehicles. The passage of LD 63 is necessary to correct the current policy.”

It continues to say that imported vehicles are usually brought into this country by collectors and are overwhelmingly well-maintained and infrequently driven. Lastly, it states LD 63 acknowledges foreign-market vehicles are becoming valued collectors’ items among the automotive community.

We found a PDF of LD 63 and it appears to be trying to change what “off-road” means in Maine, and that should help to include the Mitsubishi Delica among a class of vehicles that can be registered for road use.

If you’re a Maine resident and would like to contact Rep. Rudnicki to support LD 63, you may send a message via the SEMA Action Network website.

This story is still unfolding, and we’ll bring you updates as they come.

Disclosure: As a concerned Delica owner residing outside the state of Maine, I reached out to SAN about Maine and the Delica deregistration in July 2021. The SAN is the division of the Specialty Equipment Market Association (SEMA) designed to help legislative threats to the automotive hobby and pass favorable laws. 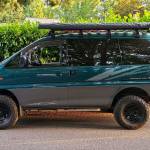 Congrats! Your classic car is destined to be either a really tiny Airbnb, or the world’s largest Japanese paperweight. Read more… 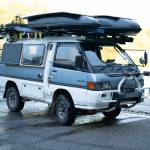 A rare 1988 Mitsubishi Delica has hundreds of custom features and modifications — maybe more than any other van of its kind in the world. Read more…