Oru, the origami-inspired folding kayak company, now offers a way for pairs to get on the water. The Haven is the world’s first folding kayak for two people.

Oru made a splash in 2013 when it introduced an ultra-portable concept to the kayaking world. With specially designed creases, an Oru kayak can fit in your sedan’s trunk one moment and cross a lake the next.

Announced this week, Oru doubles down on its commitment to folding kayaks with the brand’s first tandem folding kayak.

The Haven is 20 percent larger by volume than Oru’s single-occupancy models. But folded down, the single kayak is nearly the same size as the double kayak. The Haven is just a few inches larger than the standard Oru model when folded down.

The Oru Haven tandem kayak is available now on Indiegogo at an early-bird price of $1,899. In a month, the price will jump to $2,299. The new kayaks are expected to ship in April 2019. 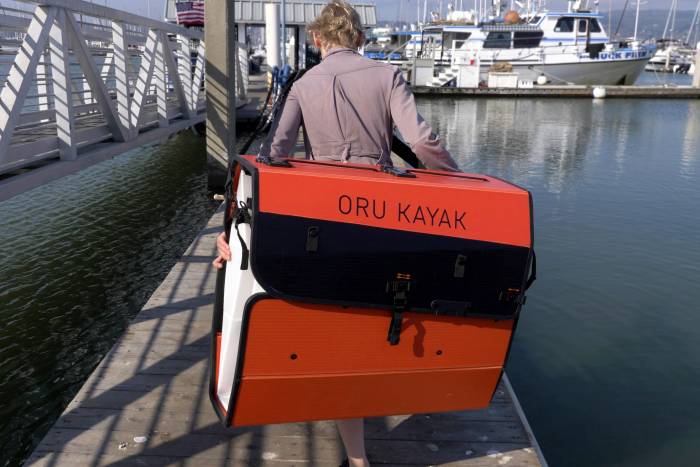 Oru claims the Haven can fit two people comfortably. And by switching the seat buckles around, the Haven can function as a single- or double-seat kayak.

For those new to Oru, the brand crafts its kayaks out of 5mm-thick double-layered custom-extruded polypropylene. The art of origami inspired the original design, and the boats fold in intricate patterns for storage. 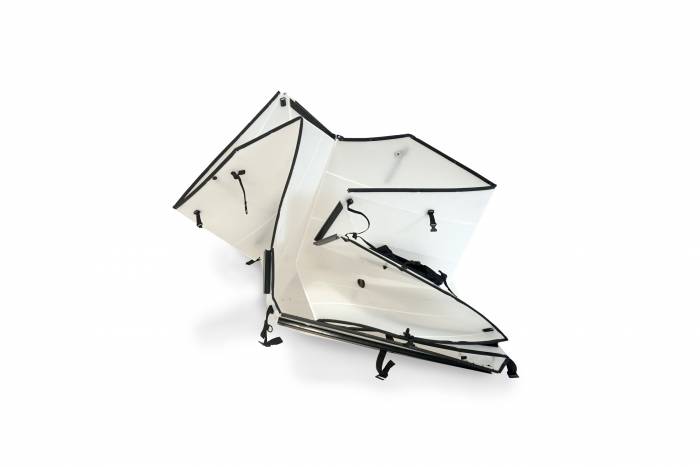 Oru kayaks fold out from a compact box into a boat in minutes. We’ve set up single-seater kayaks from the brand in less than five minutes. It’s remarkable how easy it is to get on the water in an afternoon with a folding kayak.

The polypropylene material is designed to fold up to 20,000 times. And as for sun exposure, Oru claims it has a 10-year UV treatment.

GearJunkie has used a few of the brand’s boats and can vouch for a high build quality and fun kayaking experience. While the folding and unfolding can feel confusing at first, after a few setups, the kayaks are quick to deploy on the water. 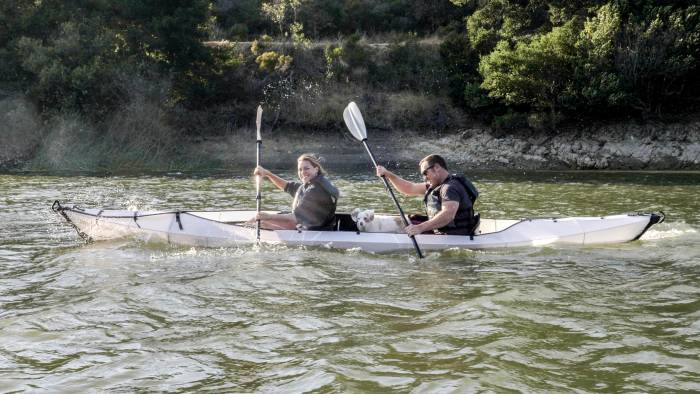 And it handles flat and fast water well. One of our editors took the Oru Bay ST down a 45-mile section of class I and class II water.

The Haven weighs 40 pounds, with a carrying capacity of 450 pounds. And, as a bonus, the Haven uses a track system to support accessories like cup holders and fishing rods.

Oru’s Indiegogo is live now and only lasts a month. You can pre-order one for $1,899. 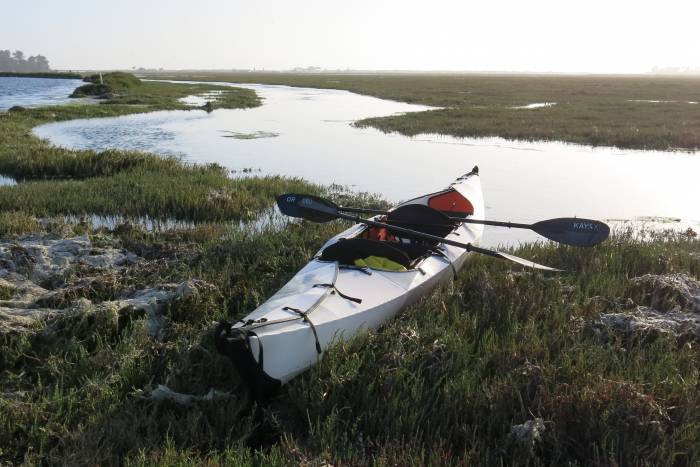