The Triple Crown is the trifecta of all thru-hiking accomplishments — completing the PCT, AT, and CDT. This duo shared what it took to finish it in under a year.

When Sammy Potter and Jackson Parell — who go by the trail names Buzz and Woody — reached the northern terminus of the Pacific Crest Trail on October 22, they made history. The two 21-year-olds succeeded in not only thru-hiking the PCT, but also the AT and CDT earlier the same year as well, becoming the youngest to do so. (And they even raised money for a cause along the way.)

We sat down with them to learn just what kind of gear they used along the way to accomplish this feat.

On October 22, we finished the Calendar Year Triple Crown (CYTC) — 295 days. 3 trails. About a 7,500-mile journey. Almost nothing about the trek had gone as expected; weather slapped us around at unexpected times, we were forced to switch trails instead of hiking each one straight thru, and it took us a whole extra month to finish. In the end, we went through 12 pairs of shoes: three pairs of hiking boots and nine pairs of trail runners.

The CYTC, made up of the Appalachian Trail, Pacific Crest Trail, and Continental Divide Trail, is probably the toughest challenge that exists in long-distance hiking. It’s not just about the physical, it’s also the mental and emotional toll that comes from spending 9-10 months on trail.

We’ve written a bit in other sources about the many challenges we faced throughout the year, but we haven’t touched specifically on gear. And without the right gear, there’s zero chance we would’ve made it through this year.

We knew that would be the case from the beginning, which is why we asked L.L.Bean and Merrell for help — they kindly gave us a ton of valuable gear. But like many other thru-hikers, we didn’t start out with all the right stuff. Nor did we hone our gear “perfectly” — we never reached a final gear list because, well, our needs were always changing.

Here are a few notes on everything it took to dial and re-dial in our gear. 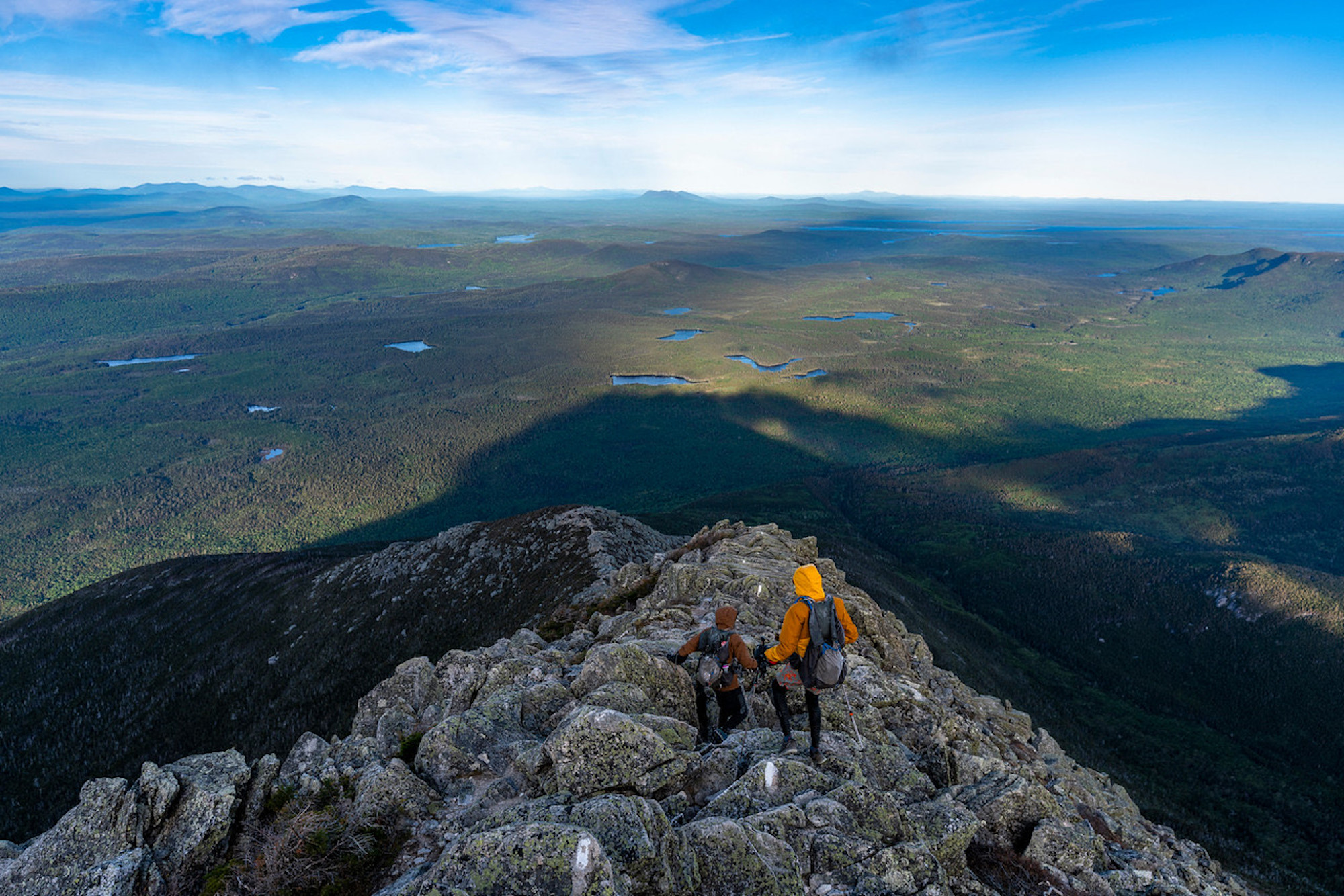 When we started on the AT on January 1, our packs weighed about 35 pounds. We quickly replaced our tent with a tarp (the AT has shelters all along the way) and got rid of one pair of pants. But winter packs were still heavy as hell, with zero-degree sleeping bags and extra layers.

When we finally transitioned to the desert on the CDT after making it to the halfway mark of the AT, we probably dropped 5 pounds each: replacing our bags with quilts, trading out winter boots for trail runners, and getting rid of extra layers. Offloading this weight was a big deal for us — we were able to put in more miles with less physical wear and tear.

When we finally got to summer (which for some time, had felt like a myth), we started asking ourselves, “How can we carry even less?” Dropping weight is a thru-hiking “addiction,” so it’s hard to stop asking that question.

But at this point, it felt like we had reached our minimum weight. Until we broke a stove … and a sleeping pad. More out of laziness and an aversion to spending money than anything else, we didn’t replace these items.

And all of a sudden, we were stoveless. And that was OK, because it seriously felt like we were carrying day packs some of the time.

Summer was definitely our saving grace — less gear, lighter packs, warmer temperatures. But there were new challenges as well. Above all: the sun. We both had our brushes with heat exhaustion and sun poisoning before we wised up and started carrying sun hats, sunscreen, and more sun-protective layers.

Another major challenge for us during the summer months into the early fall was water. Through the desert, we increased our water-carrying capacity from 3L to 8L (two 3L CamelBaks and a couple of Smart water bottles).

It was rare that we had to fill them all, but when we did, we were adding 15 pounds of water weight to our backs. For that very reason, some of our heaviest carries were in the desert. 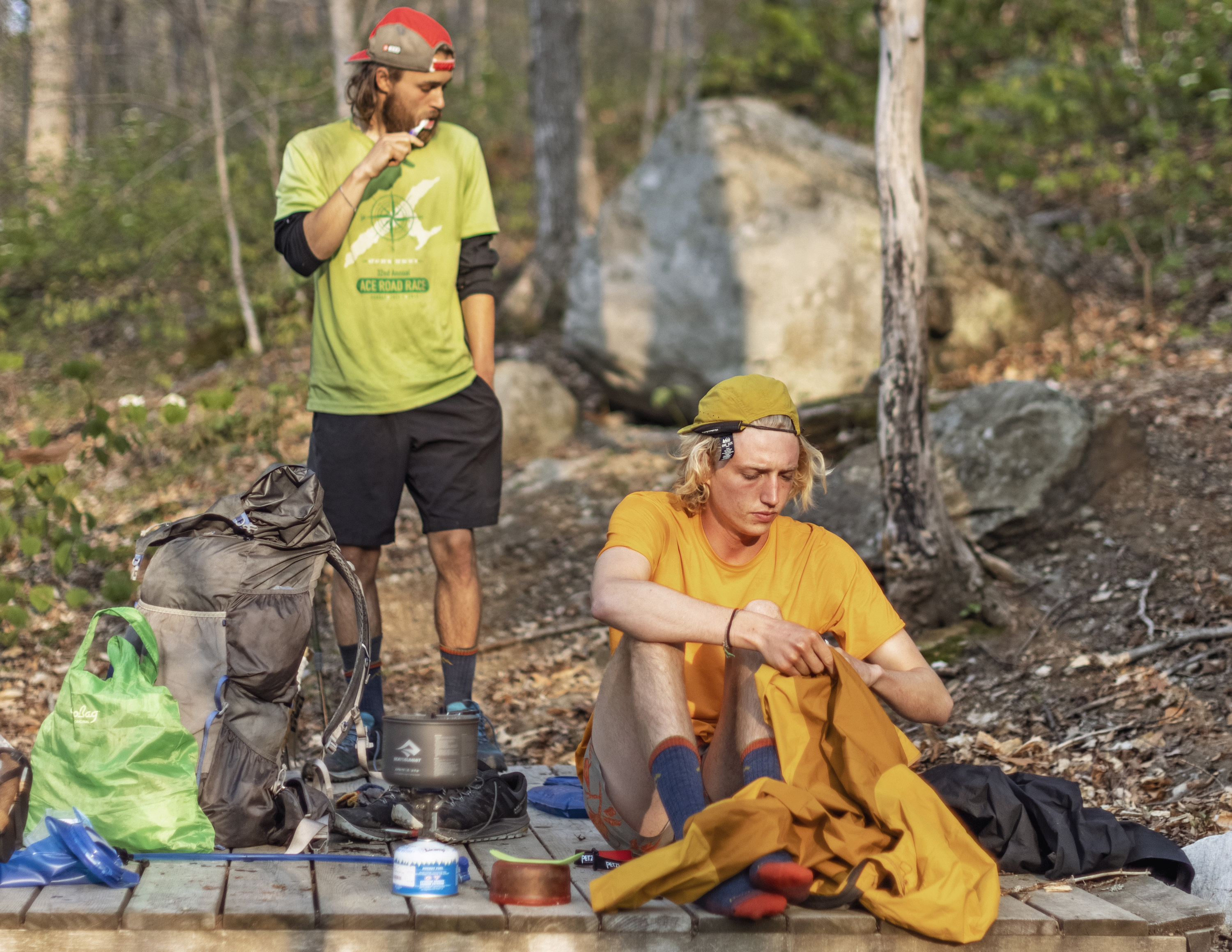 One of the many perks of hiking with a partner, especially in the winter when the gear is heaviest, is the ability to distribute group gear. Although we didn’t have much of it (sometimes none at all in the summer months), group gear helped us to knock down our base weight a couple of pounds when we were first starting out, and then again when winter set in toward the end.

We carried the Nemo Hornet 2-person tent and split the fly and body; we also split cook gear and took turns carrying the first aid kit.

Of course, if you opt to share gear with your hiking partner, you’ll be sacrificing some independence. But we were trying to set a record together. So it made sense for us to prioritize minimizing our pack weight over the autonomy that comes from exclusively carrying personal gear.

If you’ve found this article helpful, feel free to connect with the Calendar-Year Triple Crowners to learn more.

Review: Power Pretty Much Anything With the EcoFlow Delta Pro

We tested the EcoFlow Delta Pro portable battery and inverter system during a week of remote work while camping in a pop-up camper. The verdict? It has the power to replace a gas generator (with some caveats). Read more…

M.J.‘ Sunny’ Eberhart is the oldest person to finish the Appalachian Trail. At 83 years young, he completed the hike on Sunday in Dalton, Mass. Read more…

Up Next: Helicopter Rescues Entire Expedition From World’s 7th-Highest Mountain