Posted by the Australian blog Primitive Technology, this video shows some incredible skills in action.

Watch as this man constructs a primitive (but quite nice) hut using nothing but tools made from nature, including a hand-made stone axe and pot (watch him make the pot starting at 2:13 — wow!). 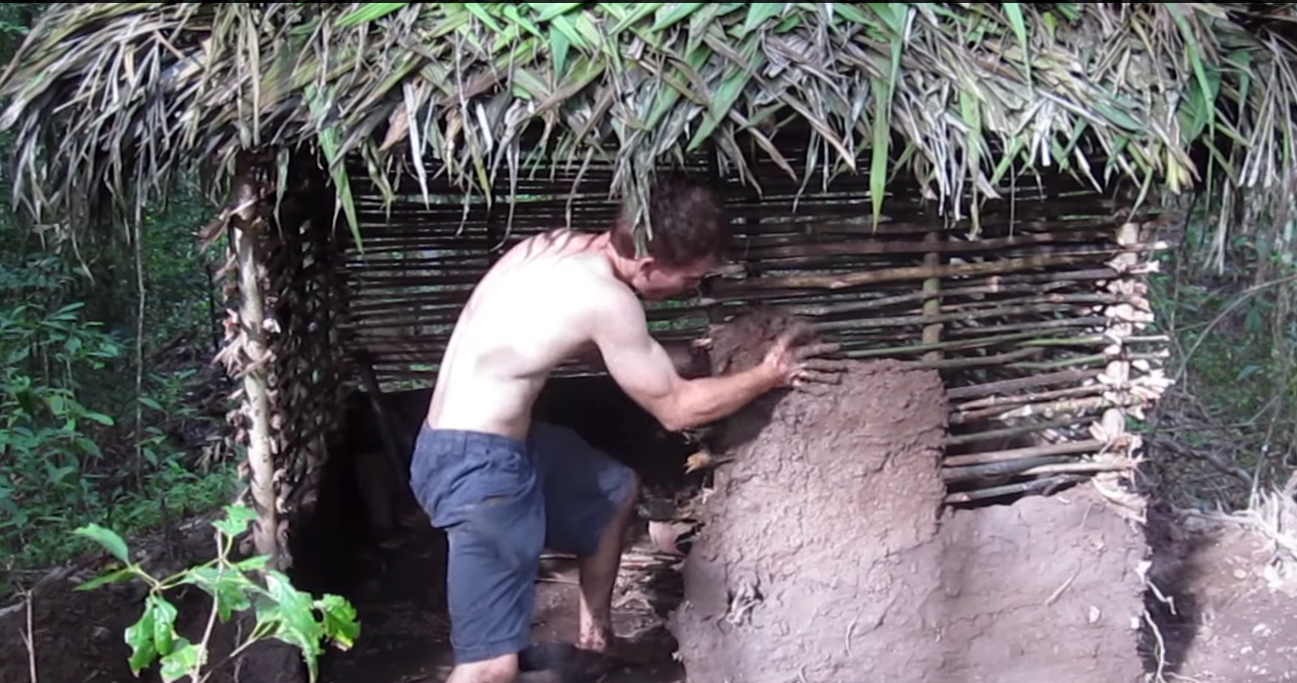 If you dabble in the arts of primitive living, this video is a good source of info, at least for locations where such construction is possible.

The following is info from the builder:

This is an old hut I built 2 years ago and have since demolished. It was a 2 m square floor with wattle and daub walls 1.5 m high topped with a pyramidal roof thatched with Alexander palm fronds. The building method is my usual plan- get a roof up first then build the walls. From start to finish it took 27 days (it could have been faster though- this was at a casual speed). This was the first wattle and daub hut I built and is larger than the other one I built later (my idea for now is to build small but well although I’ll try larger huts again in future).

The roof lasted for a few months before becoming rotten and bug eaten. As an important note the species of palm used in thatching makes all the difference. Had this hut been built in the mountain with wait-a-while palm fronds it would have lasted 2 years at least. Instead it was thatched with alexander palm fronds that deteriorated quickly.

I wasn’t to know this and was trying to adapt hut building practice I learned in the mountain to low land conditions (I’ve built similar huts up the mountain with the same roof shape that have lasted a long time). I hope in future videos to explore better roofing options to use in areas like this.

Also of interest in the video is another pot I make showing more detail than previous videos. The fire place for the hut is a simple pit in the center of the floor. It is a good hut design though it requires a simple ladder to construct.