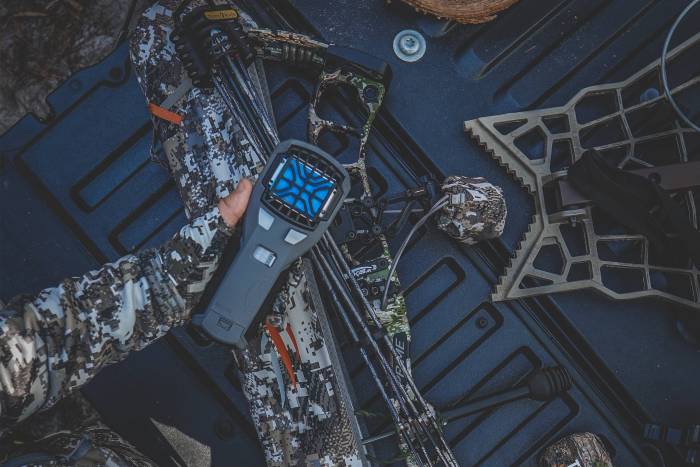 Hunting can get expensive, but it doesn’t have to.

I’m a firm believer in budget gear, which stems from my early years in hunting. During college, I was doing good just to keep a tank of gas, so premium gear never crossed my mind. I’d rummage the used bin at a gun shop where I worked, repurpose hand-me-downs, or barter my way into a new-used tree stand.

My camo either came from a co-op or my dad’s closet. Those early years were cold, wet, and filled with enough duct tape and zip ties to mend a small house. Those were also some of my most enjoyable and successful hunting seasons.

Don’t get me wrong, I love merino wool, unboxing a new riflescope, and tree stands that aren’t as shady as my aunt’s third husband. And while new technologies and gear have provided leaps in terms of comfort, weight, and dependability, they’ve simultaneously reinforced a financial barrier for new hunters.

Your Gear Doesn’t Have to Break the Bank

Gear is expensive. Great gear is astronomical and, sometimes, even obnoxious. A lot of hunters don’t have the means to drop several hundred bucks on hunting gear every year, let alone a single jacket. I’m privileged enough to test sample gear that I don’t have to buy, but I know most hunters aren’t in this boat.

Luckily, a lot of today’s “budget” hunting and fishing gear performs above its price point, and there’s a lot less junk out there (though there’s plenty still floating around). And if you’re not considering used gear, you’re missing out on some great finds that can save you extra cash.

As someone who’s thrifted their way into a lot of hunting gear over the years, I’ve compiled a few tips to help you get the most out of your gear and save a few bucks.

This takes more effort and research, but if you skim eBay, Facebook Marketplace, or your local sporting goods stores and thrift shops, you can find deals. I once bought a barely used tree saddle on eBay at a fraction of its new price. The previous owner bought it and quickly decided saddle hunting wasn’t their milieu.

Thankfully, the seller posted plenty of hi-res photos, and I was able to inspect it for any potential damage or user alterations. I’ve had zero issues out of it, and I ended up saving around $150.

I know I just mentioned buying a used saddle, but it was basically new out of the box. If it had any safety issues, fraying, etc., I probably would have passed on it even if it was free.

That being said, don’t try and save a few bucks when a failed investment could be life-threatening. This mainly pertains to tree stands, harnesses, and even firearms. If you’re thinking of buying a used ladder or climbing stand, make sure it doesn’t have major rust or owner alterations that might have compromised its integrity.

Repurposing one piece of gear for multiple hunting seasons might also take some creativity. I used SITKA’s Equinox turkey vest this past year and loved it. When deer season rolled around, I knew it would make a great minimalist pack for a run and gun bow hunts, thanks to its small footprint and water bladder compatibility.

So, I ditched the turkey seat, and I’ve been running it all archery season, especially for deep public hunts. It has silent magnetic pouches and orange deployable flags, and most grunt tubes fit perfectly in the box call pocket.

Be Realistic About What Gear You “Need”

When you consider investing in a new piece of gear, be honest about how much you’ll actually use it. If you’re a whitetail hunter who only has a few weeks to hunt every year and you need a pair of binos to periodically scan the timber, you probably don’t need the best European glass money can buy.

Plenty of companies like Vortex or Maven (which is direct to consumer) offer an entry-level line of optics that are on par or bargains for their price range.

It’s easy to think that premium gear can make up for our shortcomings in the woods, and there are plenty of manufacturers that would have you believe that. The reality is if you’re counting on new gear to bail you out, you’ll still be disappointed but with less money.

I know a lot of hunters who live and die by “you get what you pay for,” and to an extent, they’re wise to do so, but this mantra can also drain your hunting funds faster than you can send an arrow. And, yes, there are some corners that shouldn’t be cut.

For the most part, though, learning to hone your skills instead of buying a new piece of equipment will pay off in the long run. And those are returns you can’t afford to miss. 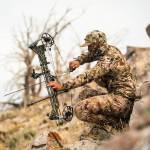 We asked Brett Seng of Team Mathews for ways to prepare for bow season. His tips can help you create new habits to improve your hunting skills throughout the season. Read more…