Home » Outdoor » New Generation: Meet the Future of the US Forest Service

This land is our responsibility, and the Desert Southwest holds some of the very best of it. This is the new generation of the U.S. Forest Service working to protect it.

Filson and the U.S. Forest Service have a history that dates back to the founding of each organization, in 1897 and 1905, respectively. With a need for durable gear, early Forest Service employees often turned to Filson for outfitting. Today, the company continues its partnership with the USFS, which works hard to protect America’s public lands. Filson supports the next generation of people who have dedicated their lives to keeping our land wild and free.

Prairies that stretch to the horizon, peaks that crane the neck, subzero alpine, and the Sonoran Desert: America’s Southwest contains 20 million acres of wildly diverse public land. It spans 11 national forests and two national grasslands. And it takes a legion of public service employees to manage it all.

These public servants channel the public voice, save lives and property, collaborate with tribal governments, and manage the ecology of our wildlands. Meet four impressive employees of the Forest Service Southwestern Region. They help make our land a better place today and for future generations. 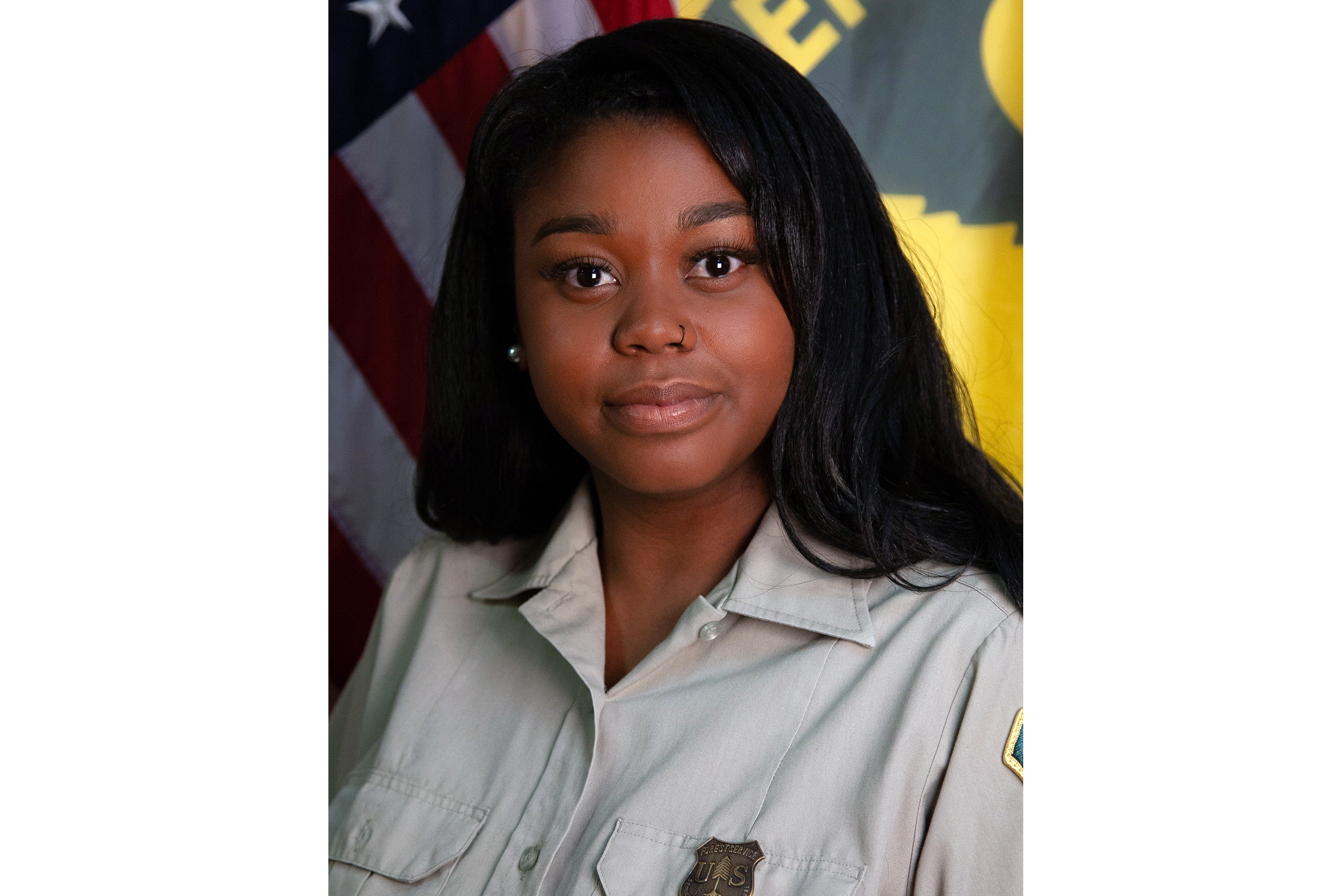 As public landowners, we are bestowed unrivaled access to hunt, fish, and explore our forests. The Public Affairs Office is the Forest Service’s megaphone, sharing how we can all enjoy it.

Javonne Goodman is the Assistant Public Affairs Officer for the Carson and Santa Fe national forests in Northern New Mexico. She provides information to the public, news media, government agencies, and officials on programs, projects, and issues about our national forests. 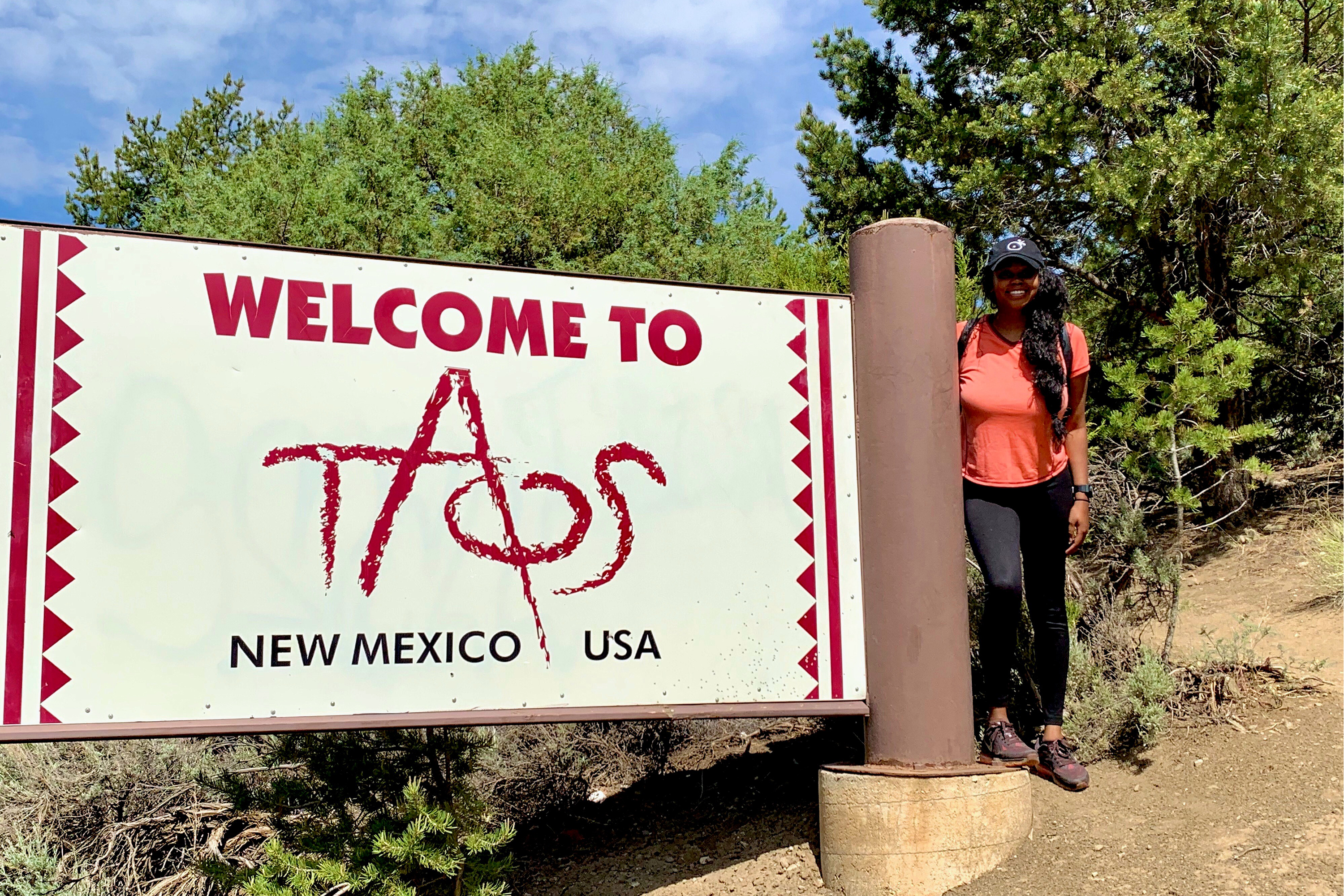 “I have the incredible opportunity to amplify the voices of the public,” she said.

In her job, Goodman creates communication products that reach diverse populations. She fosters the inclusion of different perspectives and broadens the way we share the Forest Service’s story and values through digital media.

“I lead our efforts for social media, website development, photography, and graphic design on both national forests,” she said. “A big part of my job is to develop innovative ways to increase public awareness and understanding of the Forest Service mission to sustain the health, diversity, and productivity of the nation’s forests.” 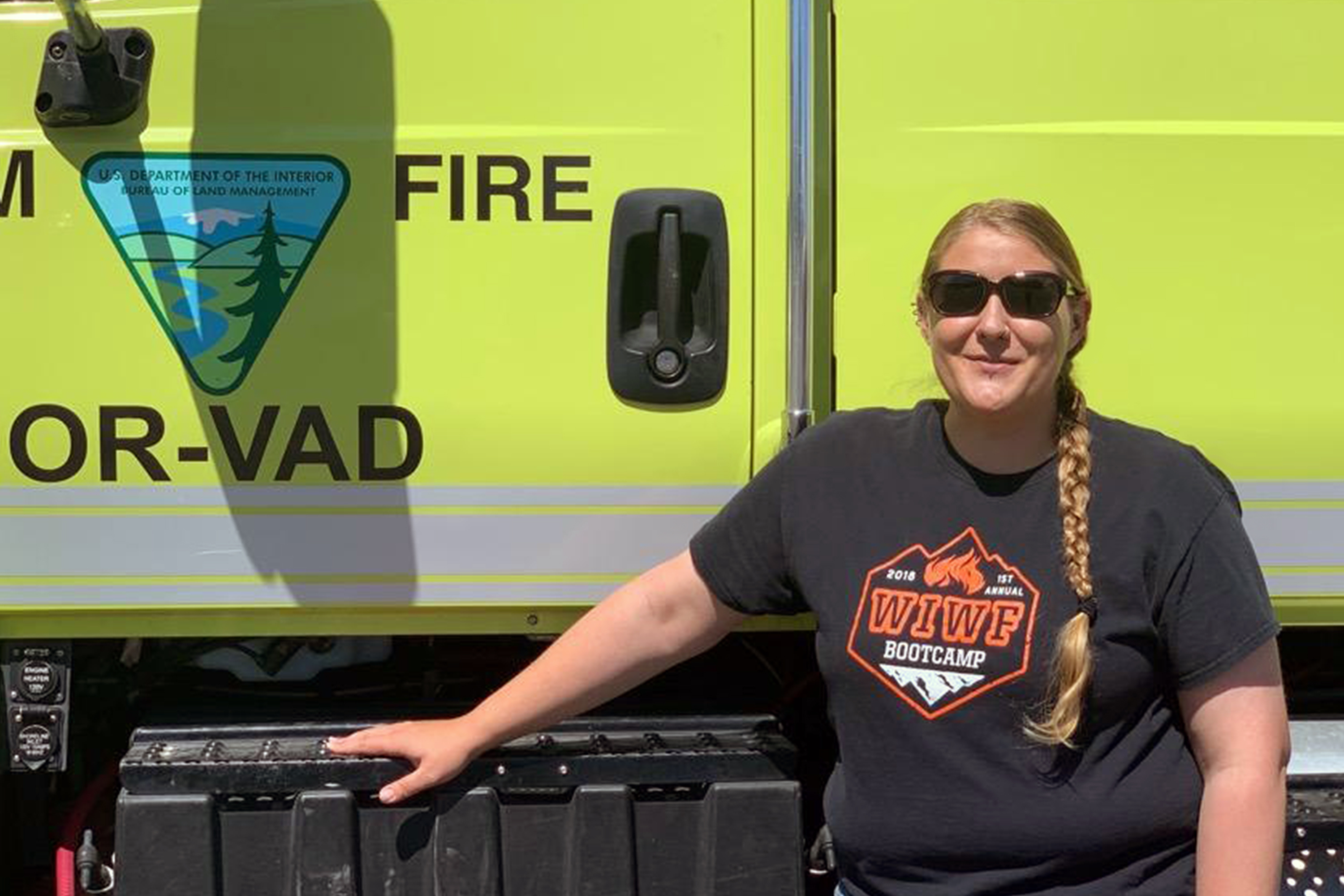 Fighting wildfire is brutal work, historically consigned as a “man’s job.” That was then. Today, the Southwestern Region hosts a pair of Women in Wildfire (WIWF) boot camp programs in Arizona and New Mexico that introduce women to the fundamentals of the job. The programs train up participants in fire behavior, fitness, and orienteering and can serve as a pathway into a rewarding career.

The WIWF boot camp’s mission resonated with Cassandra Fleckenstein, a dispatch center manager in Vale, Oregon. Fleckenstein shadowed the WIWF program and brought her learned skills back home. She paid it forward through creating a sister program with the Oregon Bureau of Land Management (BLM). 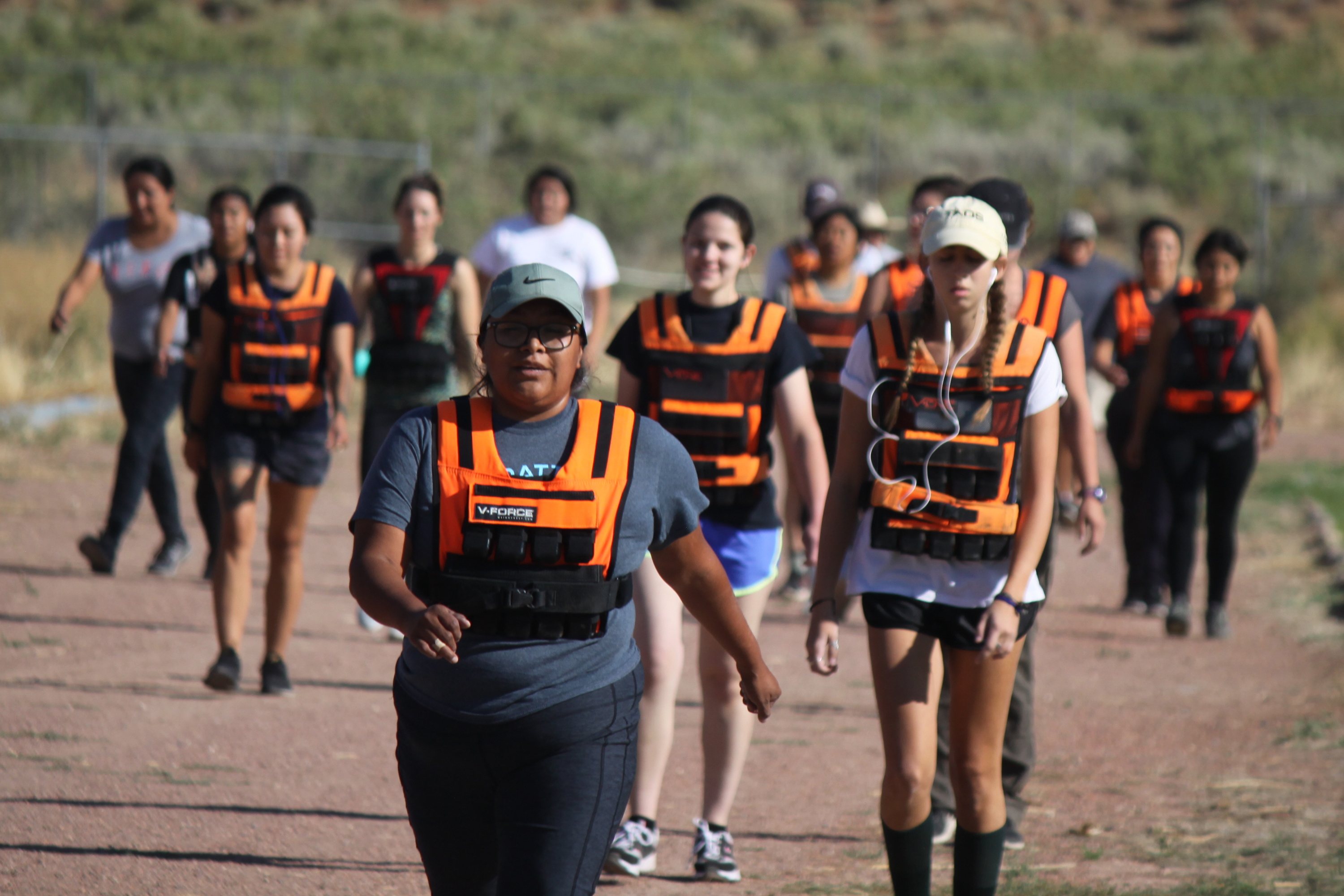 “We’re a little town west of Boise, Idaho. I started in fire to pay for college, and after I graduated I decided I really liked the work and got my first full-time job with Burns BLM in Burns, Oregon, in 2012. My husband and I farm in Vale, so ultimately I made my way back to Vale in 2013,” Fleckenstein said.

“I have worked 15 fire seasons. Vale had a reputation for being ‘Male Vale’ because our hotshot crew didn’t have any women recruits on it for years. I looked into it, and it turned out our female applicants were nonexistent.

“So I looked for ways to recruit women and found these WIWF boot camps in the Southwest. I brought that information home, and Vale supported putting them on. Today, we have improved our women recruitment rates, having hired five of the 25 women that went through the boot camp in 2019 for our 2020 fire season. Overall, 70% of the WIWF 2019 class have found jobs across the nation.” 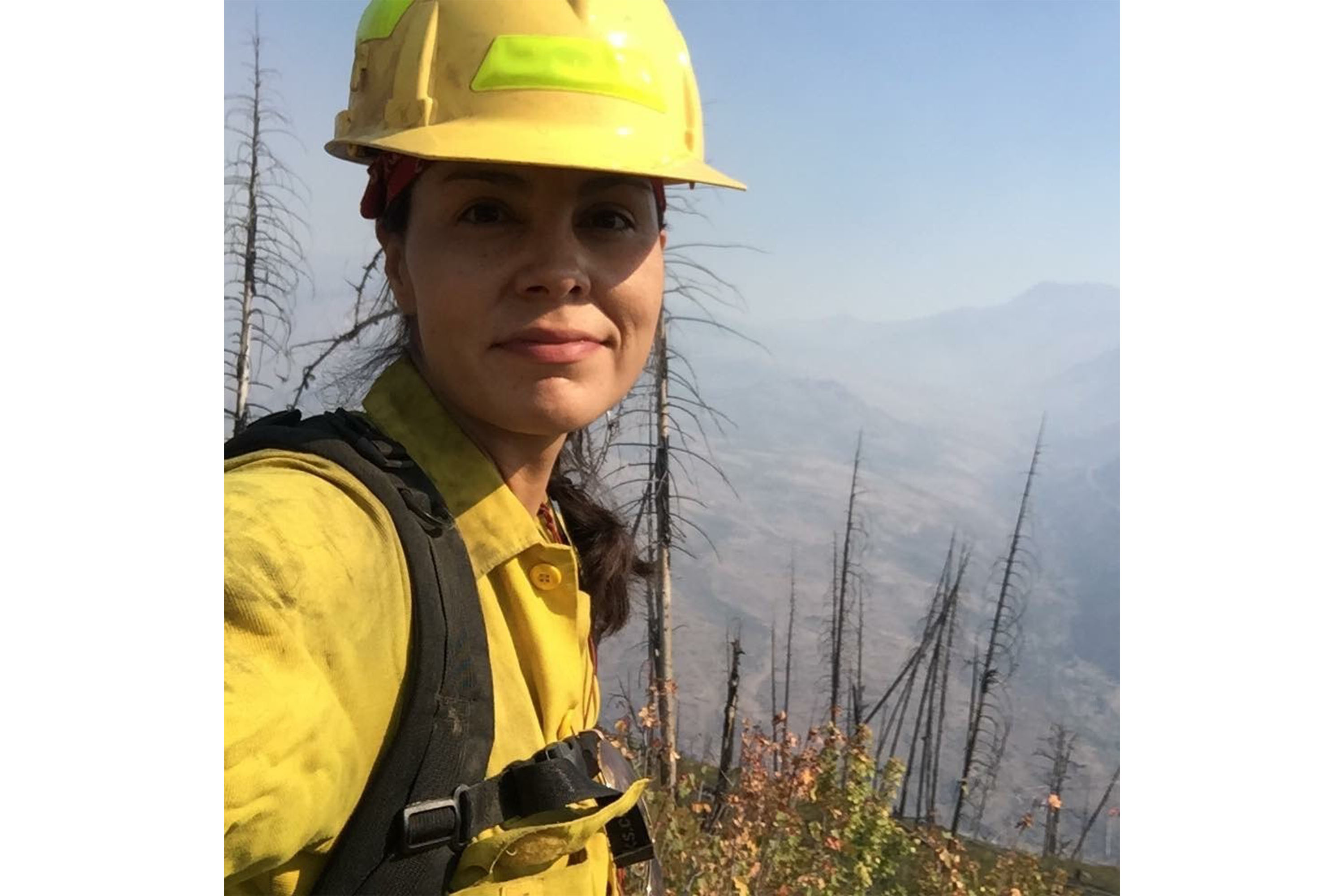 Native American tribes function as sovereign government entities within U.S. borders. Tribes have implicit rights to national forest land and resources, managed through a government-to-government relationship by the Office of Tribal Relations.

Growing up on the Navajo reservation in northern Arizona, Nanebah Nez Lyndon was inspired by her parents. Both chose careers in public service to help their communities. Their example helped Lyndon choose a career that serves tribal communities.

“I think publicly the Forest Service is still viewed as the wildland firefighting agency, which is true, but we’re also so much more,” she said. “The Forest Service consists of a lot of scientists, engineers, and public servants working hard to ensure future generations have access to natural resources and solitude.” 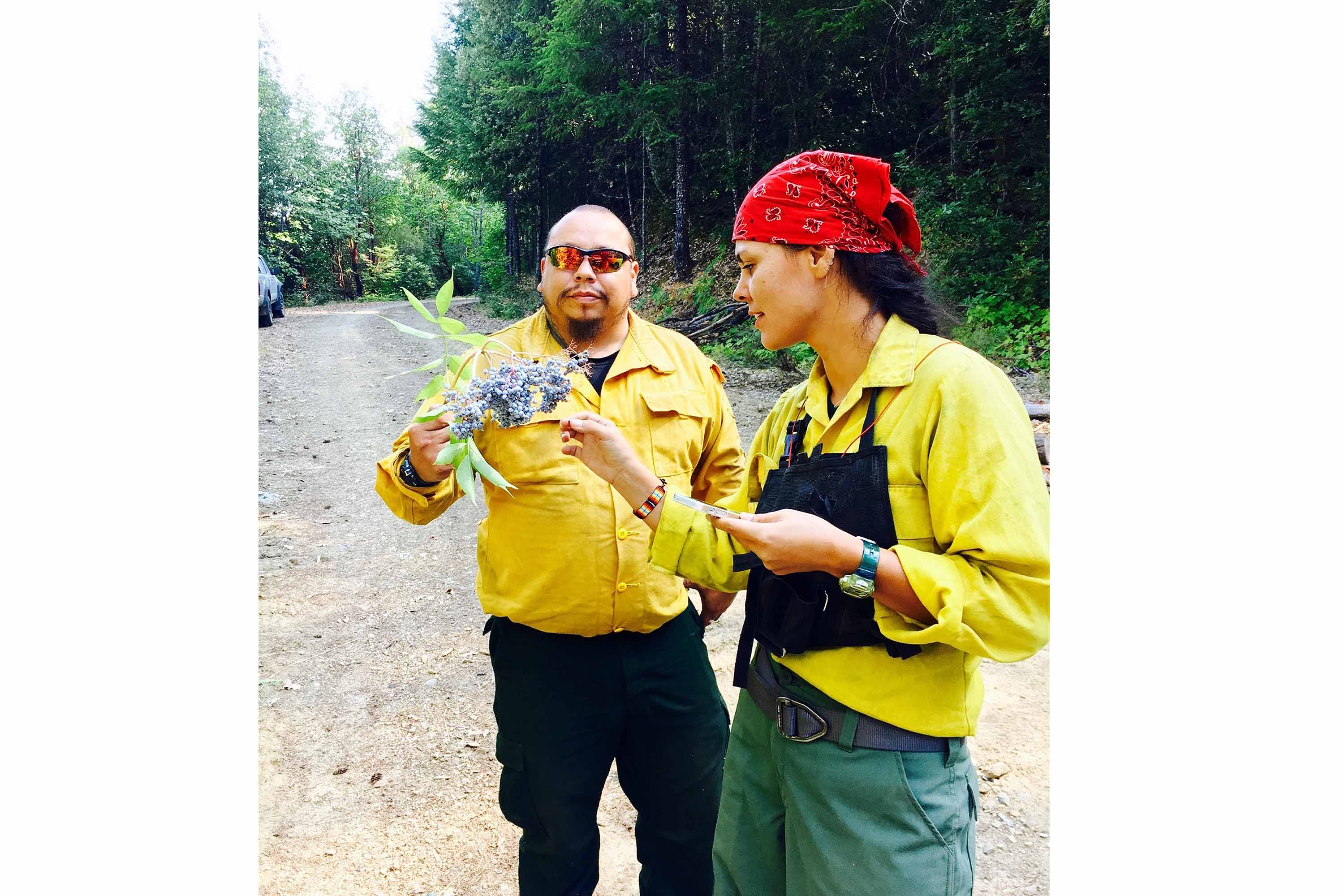 “In January of 2018, in collaboration with tribes, the forest designed a 2-week training to teach tribal cultural specialists to identify and record traditional cultural properties, sacred places, and other areas of cultural importance,” Lyndon said.

“In their own words, the Tribal Monitors consider themselves the ‘eyes and ears’ of their communities. The Monitor program consists of 32 tribal members who, this year alone, have completed thousands of acres of pedestrian survey on Forest Service land.” 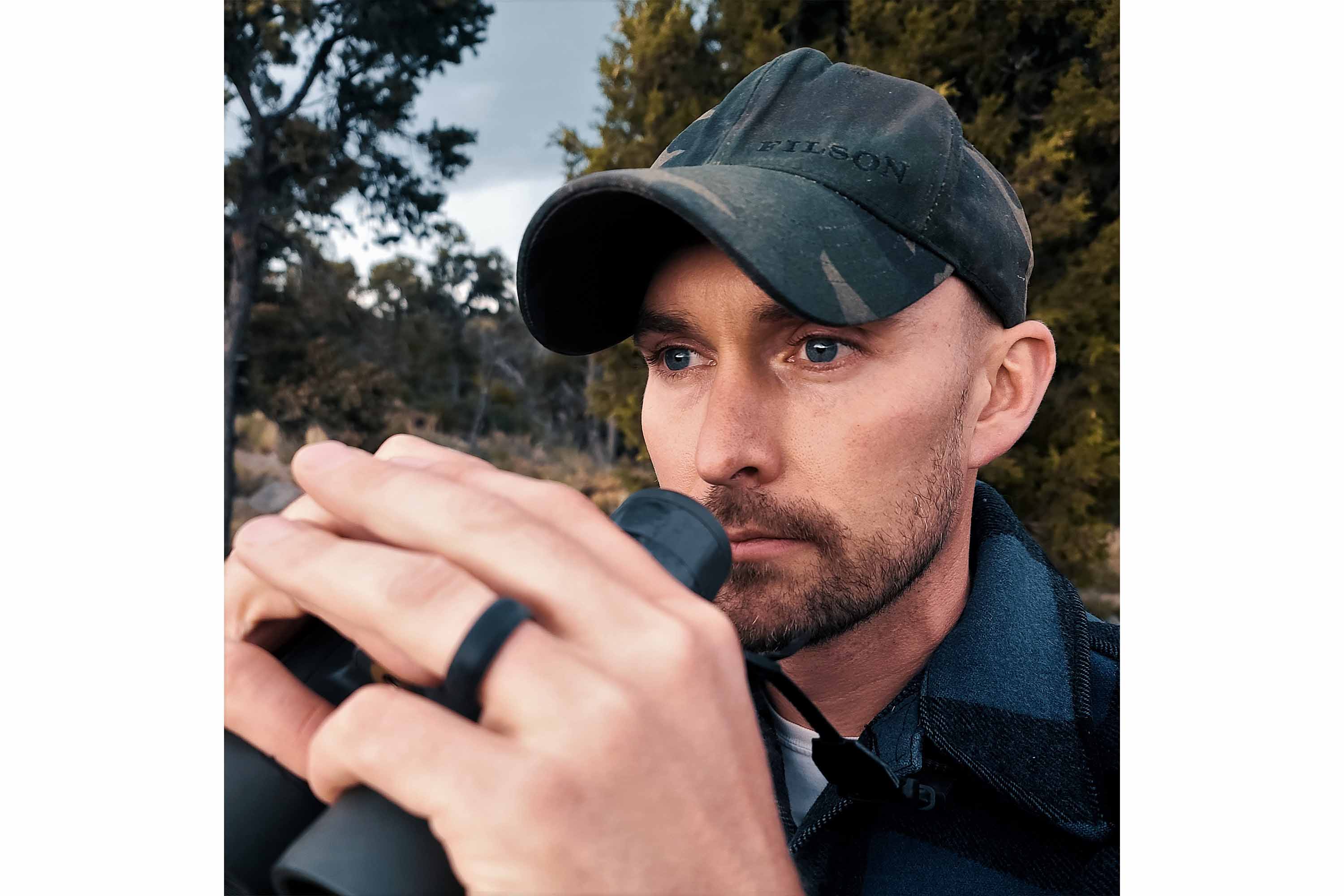 Much more than forest and trails, our public land is home to an immense diversity of species. USFS wildlife ecologists see the forest beyond the trees. They study and analyze biological data to understand how we interact with and influence our public lands and watersheds.

Dr. Karl Malcolm studied wildlife ecology at the University of Wisconsin-Madison’s prestigious Department of Forest and Wildlife Ecology (founded by conservation giant Aldo Leopold). There, he researched Asiatic black bears in Southwestern China before landing in New Mexico, where he now serves as the Southwestern Region’s wildlife ecologist.

“Sawdust in my collar, calluses on my hands, venison in my freezer, my path as a conservation professional is rooted in my rural northern Michigan upbringing,” he said.

“Working overseas as a researcher sparked a deeper appreciation for the wealth of public lands and wildlife habitat we have in the United States — including our unmatched system of national forests — guiding me to pursue a career in public service.”

As the Southwestern Region’s wildlife ecologist, Malcolm collaborates with numerous colleagues and partners. Together, they apply sound science to guide land management decisions to conserve and enhance diverse and stunning wildlife habitats and wildernesses in the national forests and national grasslands of Arizona, New Mexico, and portions of Texas and Oklahoma. 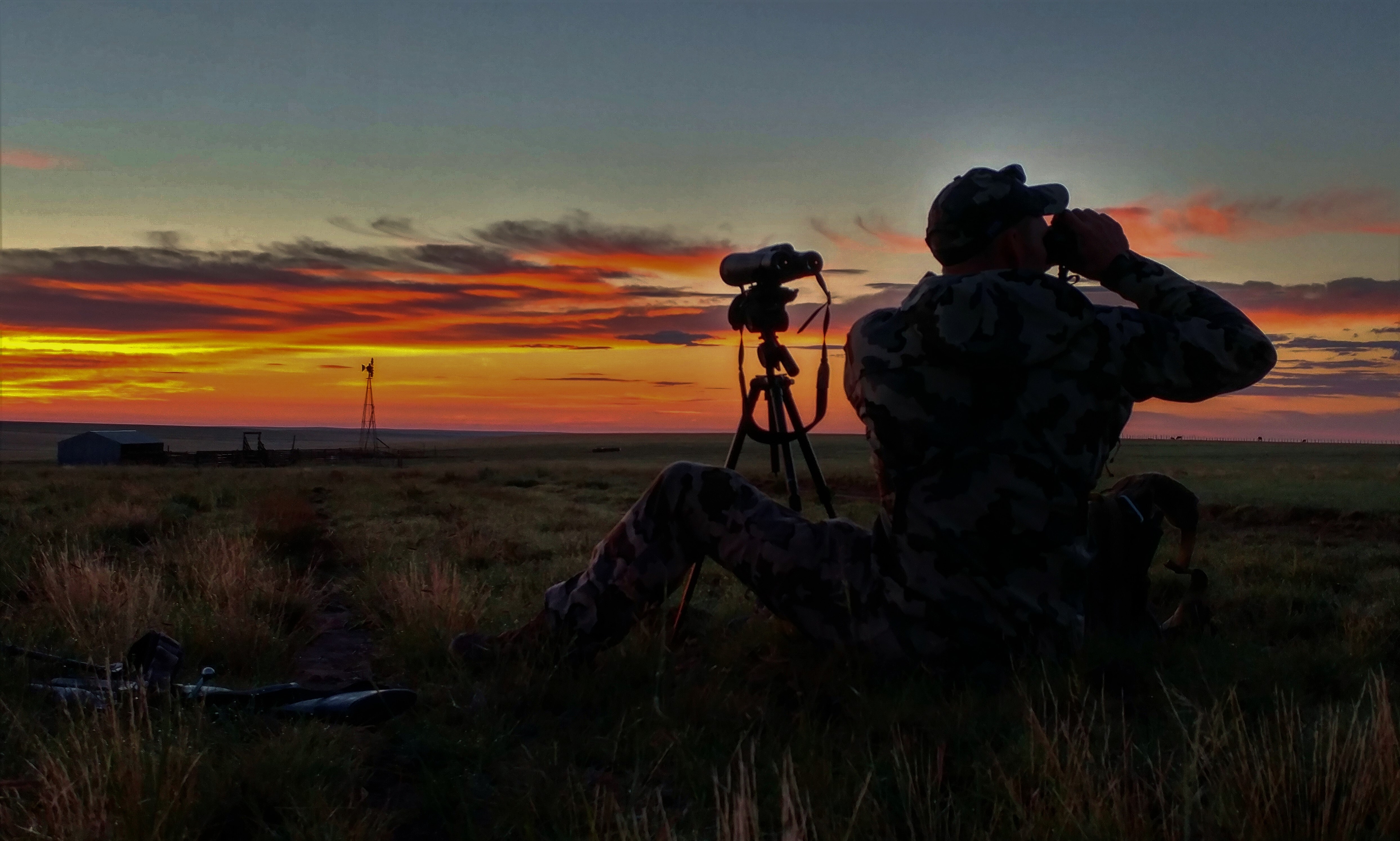 This article is sponsored by Filson. Learn more about the brand’s quality goods for outdoor enthusiasts here.