It’s a popular question in the internet knife community: What one knife would you pick if you had to carry only it for the rest of your life?

This is the so-called “one ring” test (as in “one ring to rule them all” from “Lord of the Rings”). It’s a good thought experiment because it forces you to consider not just the knife’s all-around abilities, but how it will wear and hold up over time.

Here, I decided to revisit my previous picks and, if appropriate, pick a new top knife.

Why No Fixed Blade or Multitool?

Generally, the question is focused on folders, but it’s probably best to figure out why. I carry a knife every day, so I want a knife that can go with me throughout my day. Fixed blades, no matter how elegantly designed, aren’t as easy to carry.

Small fixed blades can lack capacity, and big fixed blades are impossible to carry discretely. If I were an outdoors-only guy, I would go with a fixed blade. But seeing as a considerable amount of my life is spent in slacks, a folder is necessary for me.

And multitools fail for different reasons. While I do have a healthy collection of multitools, if I’m being honest, I carry them mostly when I’m working on my house or in the woodshop.

I find them too heavy for EDC, especially because, in that use case, I use the knife function 90 percent of the time. Why double or triple your carry weight for tools that are useful only 10 percent of the time? I’m also not sure they will hold up over time. More tools and pivots equal an increased chance of failure.

Prior ‘One Knife’ Choices

Many years ago, I wrote about which knife I would pick if I could only own one knife until I died. Assuming that it wasn’t like “pick knife, then immediately be struck by lightning,” the choices over time were pretty conventional.

At one point, before I cared about being able to sharpen, I picked the recurved, S30V ZT 0350. It was beefy and rugged, and that’s all I thought about. As it turns out, that knife was not an ideal choice given how challenging it is on the stones. Its assisted opener is also something I would avoid now, as it’s a possible fail point that’s 100 percent unnecessary.

After that, I went down a more defensible route, something that even today doesn’t seem like a bad choice. For many years, I assumed that the Spyderco Paramilitary 2 was the correct choice here.

It wouldn’t take a lot to convince me, even now, that this is the right choice. The key to the PM2’s success is that it’s a big knife that carries like a medium-sized one. That Tardis-like trick is hard to pull off. But, in the end, I’m not in love with the way the conventional compression lock screws with the handle geometry.

If it had a button-activated compression lock like the new Smock Spyderco, then we’d be talking. The only other hesitation I have is the steel. The PM2 comes in so many steels — M390, S35VN, S110V, etc. — that it covers almost the entire array of modern steels.

Except for one. For all its variety, the PM2 has yet to be made with LC200N. That is, for me, the best steel available right now. It basically can’t rust yet holds a very decent edge. In my mind, it’s the first truly do-all steel.

In the current knife market, only three folders have LC200N blades: the Spydiechef, the Spyderco Caribbean, and the Spyderco Native 5. So that slims down the choices quite a bit. 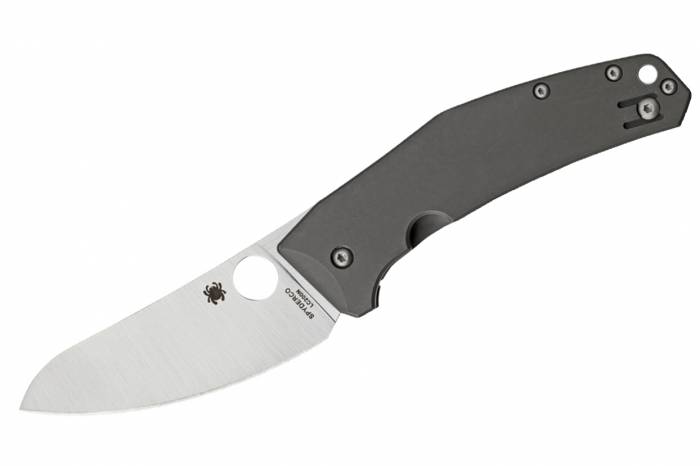 Of those three knives, any would be fine. But I must choose only one in this thought experiment, so I’m going to pick the best of the three. In my mind, that’s clearly the Spydiechef.

The Caribbean is out for the same reason I’m not 100 percent sold on the PM2 — the lock. Like the PM2, it uses a compression lock. The Native 5 is a much closer choice. I actually prefer the Native 5 in the hand. It’s not a huge difference, but I love choils, and, unlike the Spydiechef, the Native 5 has one. 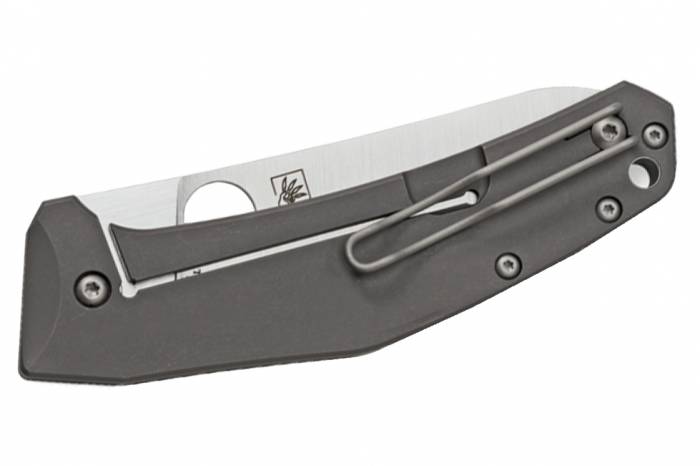 In the end, the Spydiechef wins because of size. Generally, I’m a “small knife” guy, preferring discrete carry over size. But if this is truly my one knife, I choose the flexibility of a large blade over the discrete carry of a small one. After all, a large knife, especially one as keenly ground as the Spydiechef, can do small jobs — but a small knife can’t do large ones. Halving an apple with the Spydiechef is easy. Not so much with a Dragonfly.

Spydiechef: My Top Knife Choice of 2019

There are other reasons I like the Spydiechef aside from the blade steel. The knife has excellent cutting ergonomics, even if it does lack a choil. The handle being up and back from the blade means that the cutting edge hits the surface long before your knuckles do. I also love how thinly ground the Spydiechef is. This knife cuts with insane proficiency. I also like the simple design — a framelock with no bearing pivot.

Over time, I’m not confident that a bearing pivot, with all its small, fiddly pieces, will remain fully functional. But bronze washers are likely to work for a while. (As a species, we have a lot of experience with bronze, hence the Bronze Age.) The fact that the knife is thin in the pocket, relatively light, and has an excellent clip also helps make the choice easy.

With its keen cutting edge, simple and robust design, and amazing all-around steel, the Spydiechef is my one knife to rule them all in 2019. BladeHQ currently sells the Spyderco Spydiechef for $218.

Up Next: The Cutting Edge: Gerber, Kizer, KAI, and More Knife Launches for 2019

Saving…
The Cutting Edge: Gerber, Kizer, KAI, and More Knife Launches for 2019
Knife Price Cuts: Save on These 5 Blades and Multitools
×