Bike component manufacturer SRAM just announced an understated but significant leap forward in mountain bike technology. And while it will cost you a cool $2,000 for the new AXS groupset alone, the tech marks a major milestone for the industry at large.

Let’s be blunt: The next big thing in cycling is here, and it’s very expensive. But while it’s not likely most of us will have a chance to try it soon, the SRAM AXS system marks a major upgrade for cycling that will likely impact the rest of the market (read: be affordable) in the future.

Is This Pivoting Bike Fork the Future of Front Suspensions?

The Message is a revolutionary pivoting front fork that aims to give mountain bikers better cornering, easier setup, and improved performance on all terrain. Read more… 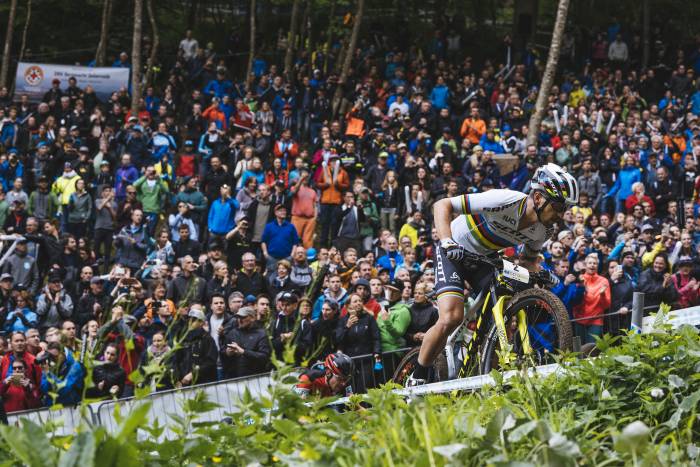 Announced this month, the SRAM Eagle AXS groupset has turned the bike industry on its head. Many outlets tout it as the biggest game-changer in mountain bikes since … well, maybe ever. But unless you’re a pro-level rider, this next-gen tech might be hard to understand. So we’re here to tell you why AXS has industry experts flipping out and why it’s relevant to your life.

SRAM AXS: What Is This Sorcery? 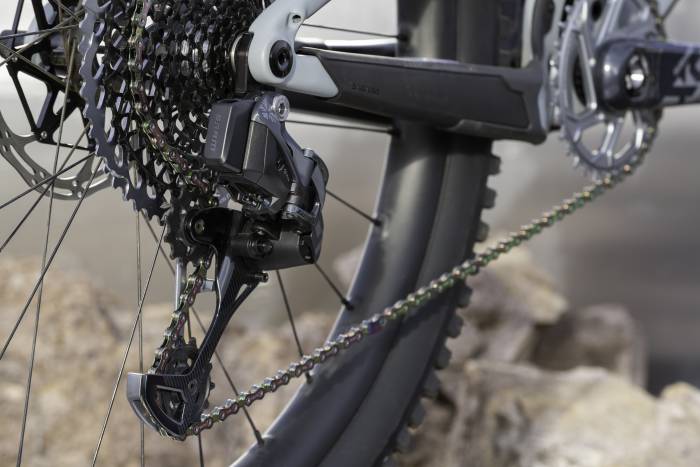 AXS is a piece of cycling kit that “personalizes” a bike to a rider via an app and shifts gears without cables. And if it develops as planned, it could even adjust the fork in the future. This is all pretty great, given that it will almost certainly work well and reportedly shaves a few grams from SRAM’s top-of-the-line Eagle drivetrains.

Of course, there’s a kick in the groin. The groupset alone costs as much as a used Toyota Corolla. So right now, this isn’t for everyone — it’s for the best of the best. But the SRAM AXS system marks a huge shift (no pun intended) for bike tech as we know it. And in the future, it could vastly impact the bike you, or your kids, ride. 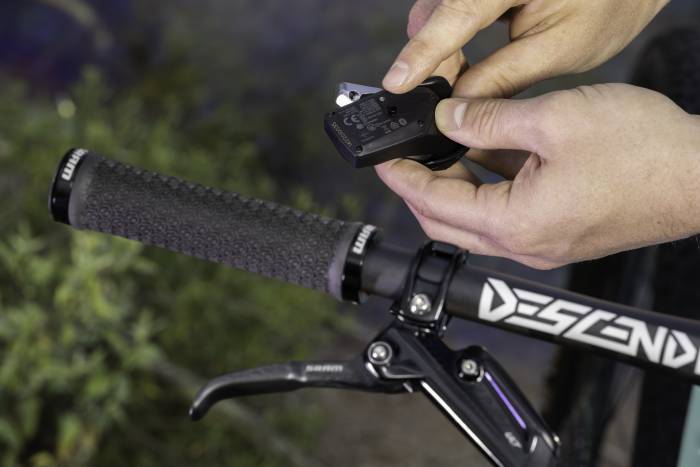 In short, SRAM has put together a heck of a package. Speartip technology rarely comes cheap, so to be fair to the brand, it’s possible this will trickle down into a budget kit in the future. So let’s set aside the sticker shock for a moment and dig into this new product.

Plain English: Why SRAM AXS Is a Big Deal

SRAM AXS allows for clean, fast, and predictable shifting every time while never having to worry about internal cable routing again. And you can mount a dropper post on any bike regardless of cable routing options. It takes minutes to install. Drop in the post. Clamp on the controller. Go ride.

All AXS components work together interchangeably. Riders have tried to Frankenstein a mountain bike derailleur with drop-bar shifters for years, but the cable pull isn’t compatible. The new AXS tech simply sends an electronic signal that tells the derailleur to shift. Meaning, you can mix and match AXS Red and AXS Eagle for the perfect gravel bike set up. And throw on a dropper, too!

With the AXS app, you can fully customize buttons to control any part of the system using your phone. While it’s cool now, it opens up tons of opportunity in the future to customize suspension lockouts, dropper control, and shifting.

It Makes Your Bike Smarter

AXS gives your bike a brain. The future of this tech is huge — the system could foreseeably recommend chainring sizes based on your most-used gears and power output. And it could even recommend a suspension setup based on trail/fork feedback.

Right now, AXS definitely sits in the superbike category. But it shows SRAM is taking a huge leap toward the future. With years of testing, this system could trickle down into more affordable options in the future. Think disc brakes and 1x drivetrains: Everyone was skeptical until they trickled down to virtually every bike on the market, and now we love them!

Both the dropper post and derailleur run on the same type of rechargeable battery. So you can swap them if one is getting tired, or carry a single spare that will work on either piece. While it’s not completely immune to dead batteries, it’s pretty foolproof. 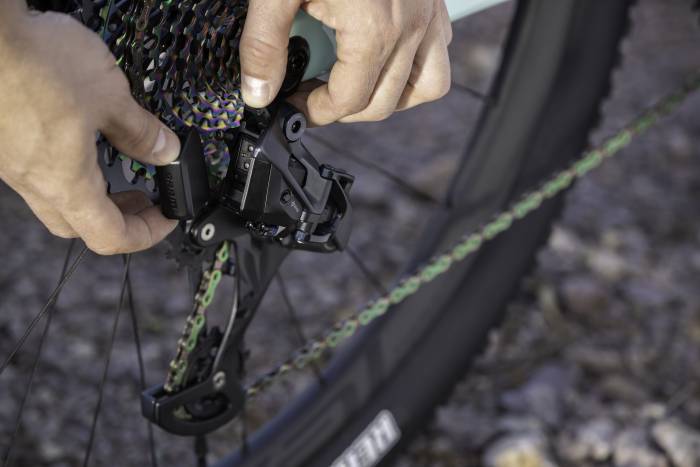 The SRAM AXS system comes in two groupsets. The cross-country-oriented XX1 Eagle aims to bring the lightest-weight materials. It leads the pack at $2,000. The XO1 Eagle groupset offers the same 500 percent gearing range with enduro specs. This gives a little more durability at a slightly higher weight and a $100 cost savings.

The product uses SRAM’s proprietary wireless communication system to shift gears and actuate a dropper post. All of this is great if not overly surprising given SRAM introduced its wireless eTap system three years ago. And Eagle, its previously highest-end groupset, came out about two years ago. But AXS appeared on numerous pro-level bikes over the last few years, so the development time on this tech is still significant. 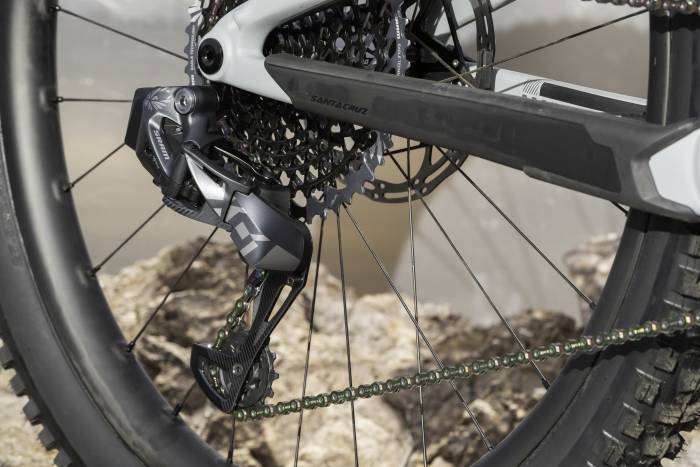 It’s awesome stuff for sure. And now that the two have merged into a cable-free system, the bike world is certainly atwitter for good reason.

In short: The AXS drivetrain is lighter, more ergonomic, and easier to set up than its predecessor. It’s also cleaner, faster, and more predictable — even under load. The paired control levers give the rider instant input to the bike without wires. It’s IPX 7 waterproof, meaning it can handle brief immersion and has a built-in mechanism to protect against impacts.

The wireless dropper post is a slightly more novel idea and an evolution to a loved/hated part of mountain bikes. 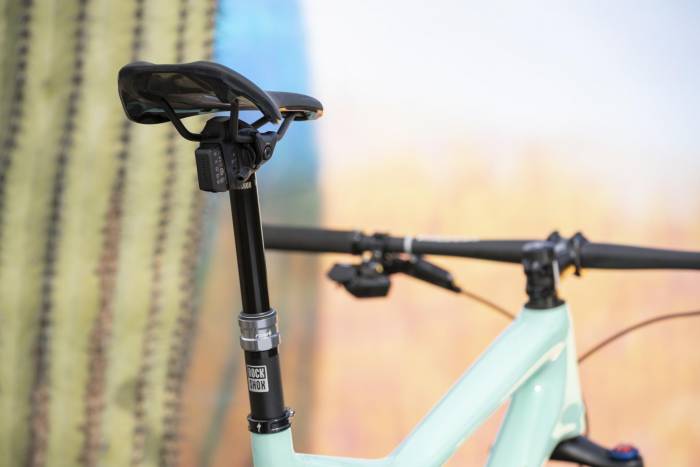 Few parts cause as much adoration on a mountain bike when they work. Dropper posts are awesome! But it seems droppers break just about as frequently as they function. However, the simple new Vent Valve tech SRAM paired with the AXS release should alleviate many dropper-related issues.

Removing the cable routing certainly cleans the lines of the bike by removing one more element from the cockpit. We haven’t had the chance to use any of this system yet, but a few early reviewers noted no noticeable lag time and excellent performance in the new Reverb AXS dropper.

Get the Reverb AXS for $800 when it hits the market this spring. And yes, that’s a premium price, more than double the Reverb Stealth ($349).

In short: Without cables, you can easily mount a dropper post to virtually any bike in minutes. AXS Reverb also has zero delays, unlike cable or hydro actuated droppers. The new dropper system fixes major issues with dreaded bounce. SRAM’s new Vent Valve tech, part of the AXS launch, provides an easy fix when air enters the oil. This fixes sag and play, so no more need to fully service the post.

Future Gear Is Cool and May Get Cheaper

If you’re like me, you’re probably drooling slightly at this tech, then checking your bank account to realize, no, this isn’t really in my budget.

It would be hard to justify this groupset on anything but the nicest bike. So given the $2,000 groupset, we’re talking in the neighborhood of a $10,000 bike if you go with carbon wheels (duh!) and the wireless dropper. Ouch.

We got the scoop on exciting new gear before the doors even open at North America's largest outdoor show. The Outdoor Retailer Snow Show, held each January, highlights winter sports such as skiing, snowboarding, and winter exploration. Read more…

But elite bikers will certainly shill out for the tech. And with high-level testing, it’s conceivable some iteration of the new AXS system will work its way to more affordable bikes. 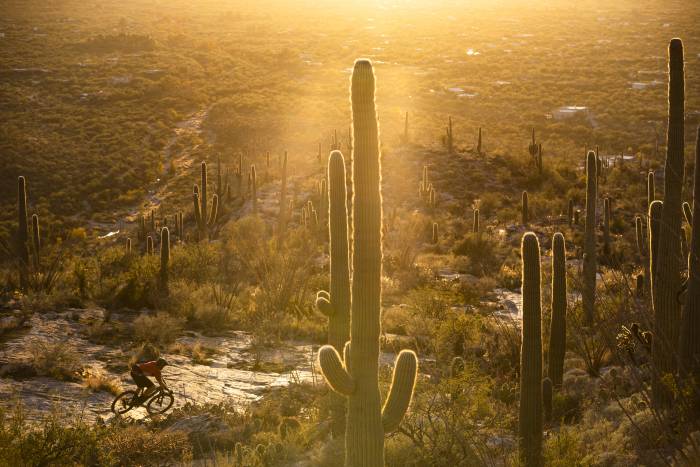 Pro racers and serious amateurs, as well as those with thick wallets, will line up to pick up AXS soon. And best of all, historically, this kind of tech trickles down over time. And that’s why I’m most interested in it for the masses.

The wireless AXS system could certainly drive much less expensive groupsets in the future.

And these are the kinds of innovations that get us gear nerds fired up. I can now realistically dream of a clean cockpit on my mountain bike, no wires flapping in the wind. It’s a reality today for serious mountain bikers. I just hope it trickles down to recreational shredders, too.