An all-mountain ski should be just as much fun in first-run powder as last-chair chop. After skiing bell to bell for 3 days in Jackson Hole, I’d say Blizzard nailed it.

Not every day on snow is the perfect day, but Blizzard wants to ensure your skis make every day a fun one, regardless of conditions.

So the brand took a hard look at its most popular, best-selling, award-winning skis — the Brahma, Bonafide, and Black Pearl. Blizzard redesigned the cores to give them more control over exactly how a ski enters and exits a turn, and how it carves in the middle. 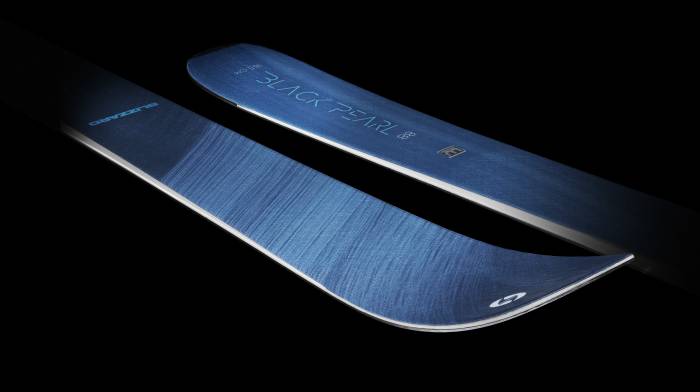 Blizzard previously made ski cores with long strips of wood laminated together. The brand realized it could more precisely tune the core by slicing and dicing those long strips into miniature Lego-size blocks, then regluing them.

With this approach, instead of creating the ski’s characteristics with long strips of stiffer beech and softer poplar, a more complicated pattern lets them control the characteristics of every inch of the Brahma, Bonafide, and Black Pearl. This made them more user-friendly, with the ability to power through chunky junk and hold an edge on hardpack that’s more like ice.

The first collection where Blizzard uses this new core construction, called TrueBlend Flipcore, is the brand’s best-selling all-mountain freeride skis, including the Brahma 88, Bonafide 97 and Black Pearl 88 and 97.

We tested these skis in Jackson Hole over 3 days of early-season conditions with an inch or two of fresh snow on top of groomed hardpack, and on ungroomed trails that had been cut up by other skiers.

“We were looking for a progressive curve, not one part that flexes and one part that doesn’t,” said Stefano Mantegazza, Blizzard product R&D and validation manager, who has been designing and testing skis for 35 years.

The Brahma tore down groomers with stability, agility, and speed but without the one-dimensionality of a pure frontside ski. The Bonafide skipped through bumps both powdery and scraped off. It wasn’t bogged down by chunky, cut-up snow, and on the groomers, it was nearly as fast as the Brahma.

And the Black Pearl was energetic and agile, with the same playful carve-iness as the men’s skis, with a slightly softer flex.

But the real reveal on Blizzard’s core breakthrough was when we skied the inline Brahma, Bonafide, and Black Pearl back to back with the new skis. The skis with the new TrueBlend cores entered and exited turns more easily, and held just as well in the middle of the turn.

I didn’t lose any ability to drive the new skis hard, but I didn’t need to stay on top of them all the time. And when I was skiing less aggressively, they were just fun, playful, and secure, and I could ski them without them skiing me.

The old Bonafide locked skiers into a turn, admitted Mantegazza. “Once you were in the carve, it used to feel like you couldn’t get out of it: You were locked into the turn radius. The new Bonafide has a little more forgiveness in the tip and tail, which gives the ski a playful feeling,” he said.

“Each of the skis in this collection has been thoughtfully designed for a specific skier, taking into consideration the terrain they ski, how they ski, where and when,” said Jed Duke, director of product marketing.

“But one commonality they all share is the reality that on most days, regardless of where they ski, conditions will vary throughout the day. They may start ideal, but by mid-morning it’s chopped up and only gets more variable as the day goes on. Or maybe it hasn’t snowed in weeks. Whatever the situation, we wanted to design skis that remove conditions from the equation. We just want skiers to get out there, stay out there, and ski with confidence.”

“What makes a ski function well is the flex,” said Mantegazza. “We want a ski to flex in a balanced way to control, optimize, and deliver something specific to the customer.”

Blizzard is using different woods in different configurations in each ski and each ski line. While Blizzard makes the all-mountain collection we tested with beech and poplar, Blizzard’s frontside skis, when updated with the new core, will use ash.

It builds each ski’s laminate separately and each size individually. With the new core approach, it’s not possible to shrink a core for a shorter ski length — it’s impossible to maintain consistent ski characteristics without building a specific core for each model and each size.

You’ll pay a little extra for the additional work that goes into each handmade pair. Ski prices across the line will increase by about $50 per model. Duke says that it’s more than a price increase, it’s a correction, as Blizzard ski prices haven’t gone up in years. 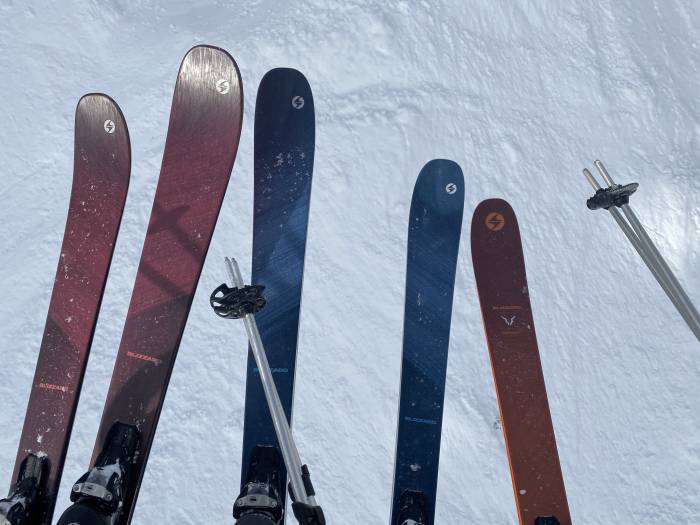 When asked about the life expectancy of TrueBlend-construction skis, Mantegazza said that the integrity of the core material is high. Wood doesn’t break down as fast as foam, he said, and smaller wooden blocks glued together won’t change how long the ski will last.

With the new core, Blizzard has made its best-selling skis even better. More skiers are going to love these skis than ever before. And that’s saying something, as the Black Pearl has been the top-selling ski globally from any brand for the past 3 years. These skis hit the market in fall 2020.

Up Next: Hilarious Ski Industry Smackdown Is Comedy Gold