GearJunkie sent two expert skiers to the Snow Industries Association On-Snow Demo at Winter Park to test the 2020-2021 skis they’re most excited about.

I have mixed feelings about the On-Snow Demo. While it’s an awesome chance to hop on a huge variety of skis that come to market in the coming year, it’s hard to process the way a ski handles on just a couple of runs. But it’s a day away from a computer screen, so I’m damn straight going to give it my best shot!

This year, GearJunkie writer Berne Broudy and I put 12 pairs of skis to the test at Winter Park. In general, we tested pinnacle models from the brands with a focus on the expert skier. These are our first impressions of some of the best skis coming to the market for winter 2020-2021.

This is a “big gun” of the ski world. Rossignol designed the Sender TI for freeskiing. Brand reps told me it’s one step below the brand’s Freeride World Tour ski and certainly capable of the steepest terrain at fast speeds. I found this ski super stable at speed, yet amazingly quick edge to edge.

It’s a very powerful ski, and you can kill off speed very quickly if you need to. I loved skiing the Sender TI, but I doubt I would ever be good enough to really push it to the edge. This is a ripping ski for serious big-mountain chargers.
— Sean McCoy 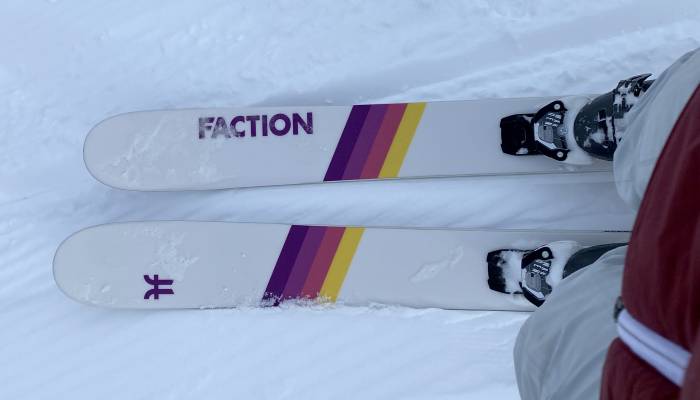 This ski puts a smile on my face. An all-mountain ski, it’s for anyone who wants to make the mountain a playground, who wants to hop and roost and boost off features. It proved equally capable carving groomers and arcing through the woods thanks to rigidity in the nose and tail.
— Berne Broudy

This is going to be one very popular ski. The Enforcer is the ski 80% of people will want as their everyday driver for western mountains. It’s stable at speed but quick edge to edge. It’s playful enough to spin flat on groomers without catching edges.

But put it over hard, and it carves like a little rocket. It’s the perfect one-ski quiver. I skied the new version of the Enforcer 100 and absolutely love it. It’s also coming out in a 94 for 2021 for those who ride harder snow conditions most of the time.
— Sean McCoy

Available in 82, 92, and 102 (we skied the 92), this is a strong skier’s ski — the more power you put in, the more it gives you back. Made for hard chargers, if you like to ski with the pedal to the metal, this ski will get the adrenaline coursing with its speed and power. It’s not a ski you can dance around on — if you do, it doesn’t want to turn. But lean in, and it rips through anything.
— Berne Broudy

The Faction Prodigy 2.0, on the other hand, is a great ski to dance on. With a poplar core, directional twin tip design, and “surf zones,” the Prodigy 2.0 is a really surfy, fun ski. I really enjoyed playing with this ski on small bumps and on the edge of the trees.

And while this ski is extremely easy to spin and slide out thanks to the directional twin-tip design, it did handle steeper, icy terrain just fine. For those looking for a directional twin tip, this is a really playful ski that can handle quite a bit of speed.
— Sean McCoy 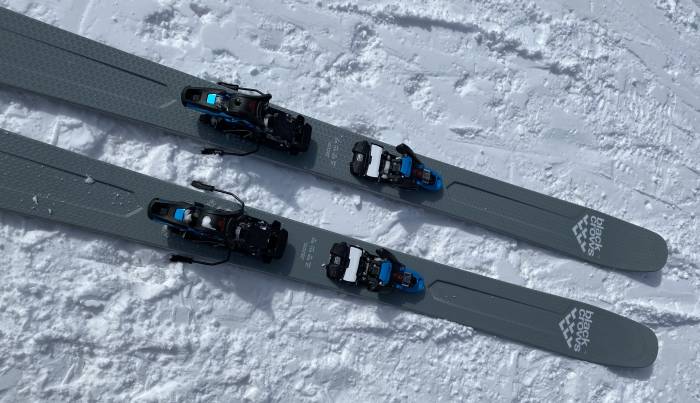 This light and fat (110 underfoot) touring ski was agile and lively. It’s a great quiver of one for the ski tourist. Though it’s designed for backcountry, it can certainly handle resort skiing. It has great flex to initiate turns, and it handles irregularities in the snow impressively, whether it’s powder or a firm surface.
— Berne Broudy

I skied the Stance 96 in a 182 length, and it struck me as a very stable ski with plenty of stiffness for fast turns. But unlike the women’s 88 version (see below), I didn’t find it very fast edge to edge. I took the Stance through some hard bumps, and it wasn’t easy to quickly navigate.

It did, however, just bounce over them pretty well. It’s fun cutting turns at speed, and the stiff tails throw you into the next turn well. But these skis really aren’t quick, which is no surprise given the 20m radius. For those who want to arc large turns, though, the Stance is a strong, metal-reinforced selection from Salomon.
— Sean McCoy 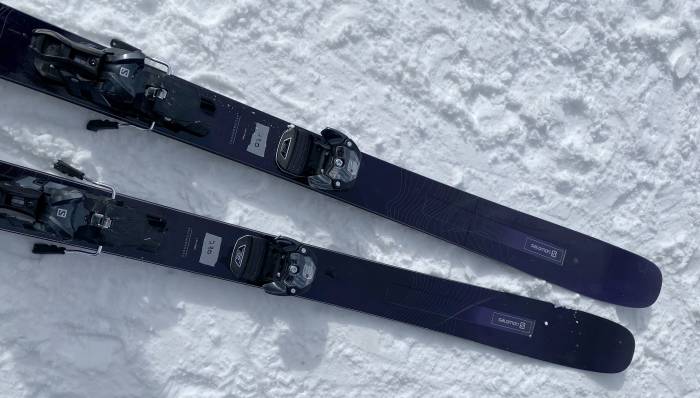 Fast edge to edge, this ski had great grip on groomers and was delightfully stable at top speeds. But it also remained super approachable and fun, whether you’re driving the ski or just cruising. The core is a karuba-poplar blend versus pure poplar in the men’s Stance skis. The women’s is also available in a 94 underfoot.
— Berne Broudy

Put this ski in the “playful but still ripping” category. If you don’t lay it over, you can slide it out or throw the tails around. But lay it over, and it does carve fairly well for a 102 underfoot, all-mountain ski.

And the hot-pink top sheet of this unisex ski? I love the ski bling, and they’ll certainly grab attention. Fortunately, this capable ski will let you hotdog to your heart’s delight. This was one of my favorite skis of the day.
— Sean McCoy

A new line for Volkl in 2021, the Blaze is a light ski with playful characteristics that can handle all-mountain conditions. I skied the 94, but it also comes in 106 underfoot. To me, the ski was definitely playful, and I’m guessing it would be a lot of fun on softer snow. But on the hard-packed and icy testing surface, the ski was a little chattery, especially at speed.

That said, the light weight and 3D radius (38 m in the tip, 17 underfoot, and 31 at the tail) should give skiers a lot of versatility for long arcs or quick turns on softer conditions.
— Sean McCoy 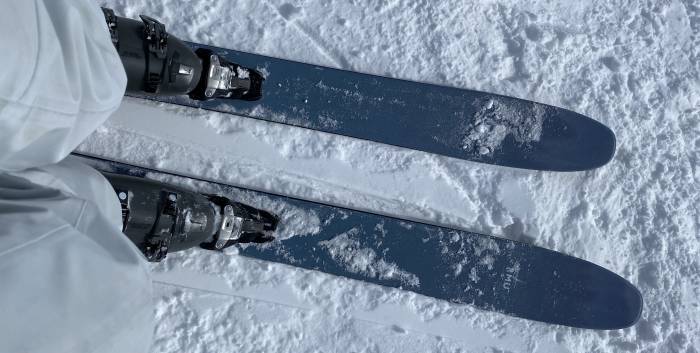 This women’s ski is available in 97 and 107, and up to 172 cm in length. It’s a great progressive ski for anyone. You can go from making easy cruiser turns to big GS turns where you lay your hip on the snow. It bounces around in variable and icy, chunky snow but carves strongly on groomers.

The nose is shorter then gets wide, then narrow again — which shortens the turn radius and brings the snow-ski contact points closer. This is a ski made for women but so loved by everyone that RMU will likely make a longer version to give more skiers access.
— Berne Broudy

“One of these things is not like the others.” The LINE Blade had me humming this old Sesame Street tune while quickly hopping back and forth doing slalom turns down a steep face at Winter Park. It’s unlike anything else I skied at the On-Snow Demo (or in a few years, for that matter).

Frankly, this ski is not your everyday all-mountain ski. It’s crazy-quick and has a wild 154-95-124 sidecut. It’s really fun for quick turns, but be careful opening the throttle, as it gets squirrely at speed. I also would de-tune the tails on this ski, as I found them really catchy and almost spooky on hard turns.

Editor’s note: After skier feedback at the LINE tent, the tunes were checked, and THREE of the 16 Blade and Blade W skis were verified to have bad tunes on them. The feedback at the demo was consistent with this ratio. It’s likely that I tested one of these skis, which resulted in my experience, so take that into consideration with this writeup. I will try to test another pair with a good tune soon and update the information above.

Up Next: ‘Best in Show’ Winter Gear: Outdoor Retailer 2020