Yellowstone National Park opens for fishing today. We’ve got the information you need to get out.

Yellowstone National Park is widely known for its camping and wildlife viewing. This national jewel is also open for fishing, which can be spectacular. With the park opening up for angling this weekend, we’re giving a rundown for early-season pursuits.

Yellowstone’s fishing season begins Saturday, May 26 and runs to the first Sunday in November. There are some restrictions to this, as parts of the park open later than others. 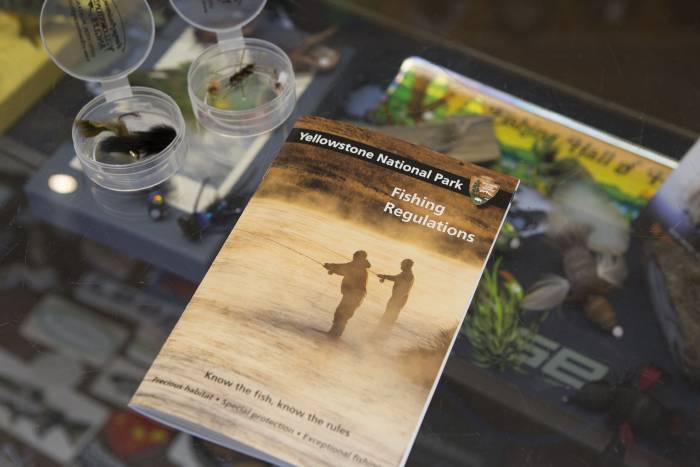 Refer to the Yellowstone National Park Fishing Regulation booklet for full details. Various ponds, lakes, and sections of river open later than others.

There are three current options for a Yellowstone Fishing Permit:

The permit system is a little old school and is only available for purchase in-person. No online sales are available at this time. 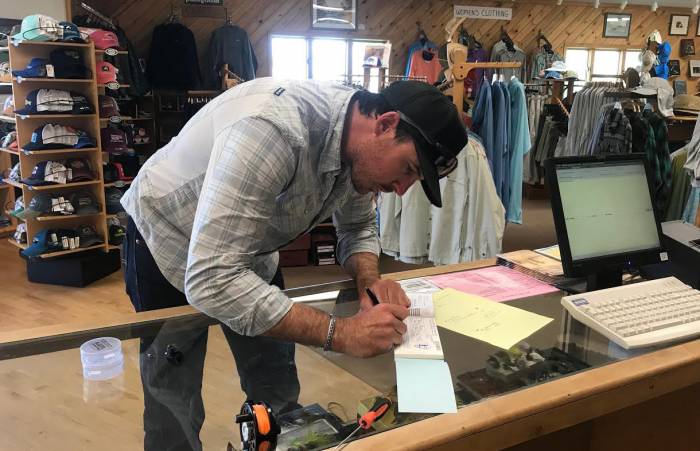 Permits can be bought in a variety of locations. I purchased mine today at George Anderson’s Yellowstone Angler in Livingston, Montana. Nearly all fly fishing shops within 100 miles in any direction of the park will have the permit for sale. Gas stations in and near the park will have them as well.

Felt-soled footwear is prohibited in YNP to prevent the potential spread or introduction of invasive aquatic species. This is a new regulation for 2018 (more information on the Yellowstone felt-sole ban here).

Pinch those barbs! All hooks in the park must be barbless. Use your pliers to pinch the barb down before fishing, and only one hook per fly. Those double-hooked articulated streamers need to stay in the fly box in Yellowstone.

Anglers 16 years of age or older must have a YNP fishing permit to fish within park boundaries. Younger children can either fish without a permit in the presence of an adult or are eligible for a free permit that allows them to fish without direct adult supervision.

All native fish in the park must be released without harm. These species include cutthroat trout, mountain whitefish, and arctic grayling. Let ’em go to grow a little bigger for next time.

The regulation booklet mentions all rainbow trout, brook trout, and identifiable cutthroat-rainbow hybrids caught in the Lamar River drainage – and the Yellowstone River drainage below Lower Falls and above Knowles Falls – must be killed. Same goes for all lake trout caught in Yellowstone Lake. Those species in the designated locations are illegal to release alive. Check your specific water for species that must be retained.

Where to Go and What to Use

In my visit to the Yellowstone Angler, shop employee Logan Brown gave a rundown on current conditions and what flies to use. Note: I visited on the opening weekend around the end of May.

This 1.5-acre lake is in close proximity to Mammoth Hot Springs. It’s one of the most highlighted locations to bring a novice angler.

“There is a bunch of small brook trout in this lake. It’s a great place for a beginner with tons of eager fish to cast to and get the feel of it,” Brown told me.

Lots of large lake trout are cruising the shallows. You’ll even find some natural cutthroat trout in the lake. Fishing Bridge (always closed) and any stream inlets are off limits currently due to the cutthroat spawning that’s occurring now.

“Yellowstone Lake for a long time was closed this early in the season, but because of the Lake Trout population, they’ve actually opened it with the general season opener,” Logan mentioned. “And with [removing] the lake trout, you kill those non-native species to help the population of natural cutthroat species.”

This river above Firehole Falls is a great place to fish right now. It’s warmer than surrounding waters due to geothermic activity. Early season is a perfect time to come visit, as the insect hatches will happen here one to two weeks before anywhere else.

“The Firehole is pretty much your only river game right now. Runoff has the famous rivers like Lamar, Soda Butte Creek and others running hard which makes for tough fishing.”

Accessing the Gibbon won’t be as easy as the other options mentioned. With difficulty comes isolation. Lower sections of the stream before Norris Meadows hold good numbers of small brook trout. Access is available at several places along the Norris-Canyon Road.

“It’s going to be mostly smaller browns and brook trout here. The higher you go, the better the fishing will be. But it’ll be swampy up there.”

Up Next: Nikon Spur Optic Review: Field and Hunt Tested