Sixty years old, photographer Ace Kvale set out on a 60-day wilderness trek with his dog. A new film documents their experience in the mysterious wilds of southern Utah.

Ace Kvale is a photographer who traveled the world for his work. Genghis is a dog and “author” of the popular Desert Dawg Blawg. These two are the subjects of a new film by Brendan Leonard and Forest Woodward, Ace and the Desert Dog, which debuts online today (see full film below).

Before you read this article, sit back and enjoy the 9-minute, Vasque Footwear sponsored film. Then read on as we spoke with Kvale to learn more about his adventures with Genghis off trail in the Utah wilds.

‘Ace and the Desert Dog’

A couple years ago, Kvale began devising his plan to do a big backpacking trip, with a route that started at his back door. For a while it was just a dream. But he ran into writer Brendan Leonard and told him about this wild idea. 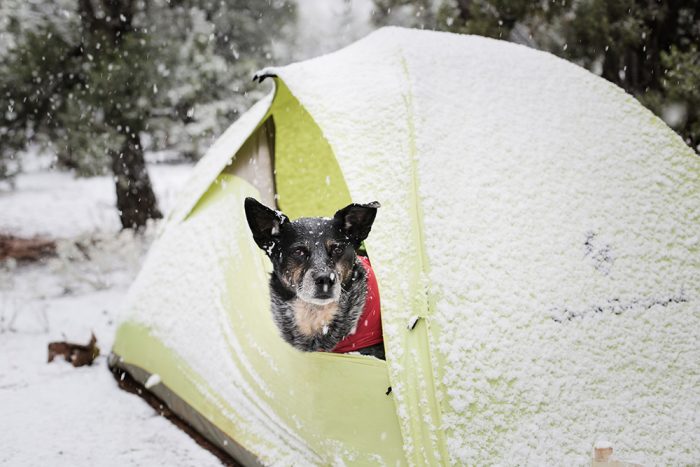 “Talking to Brendan really manifested the trip,” Ace said. “Before I spoke the idea out loud, it was just an idea. But Brendan is the type of guy who makes things happen — once I told him about it, it began to take shape as a reality.”

Leonard came back to Ace after their initial conversation and said he wanted to make a film out of it, which Ace and Genghis agreed to. 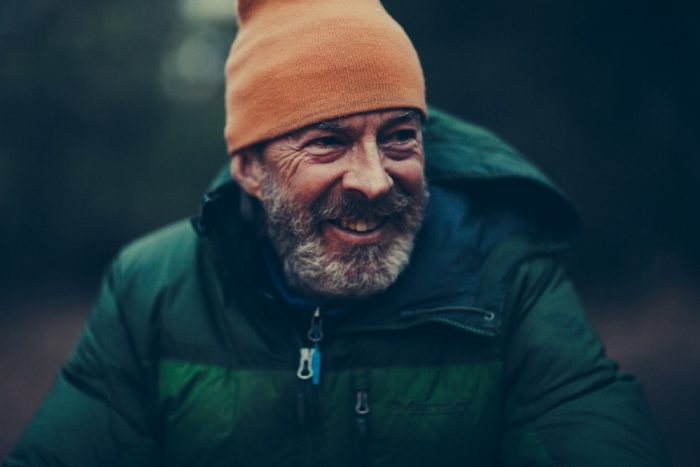 “The whole idea was to explore the relationship between a man and a dog, and also man and Earth,” Ace said about the two months in the desert.

“I was trying to grasp the vastness of this country, trying to imagine the land before there were any lines on the maps. It was about getting back to the roots of being a human connected to the Earth.”

He continued, “This is some of the most remote terrain in the country, and it usually takes about four days to get into the truly wild terrain, away from roads or trailheads. So, without doing at least an eight-day backpacking trip, no one is seeing the places I was exploring with Genghis.”

Kvale said these places see so few people they feel truly sacred. “We were getting back to wilderness so complete, it’s easy to imagine the last people to be there were the Anasazi; it’s some of the most wild wilderness that you can experience in the country.”

Ace brought a rope and a harness for Genghis to lower him or haul him up terrain that was otherwise impossible for a dog. “Genghis never really minded,” Ace said. “He trusts me. He is always there by my side, but he is so well behaved you hardly notice him.” 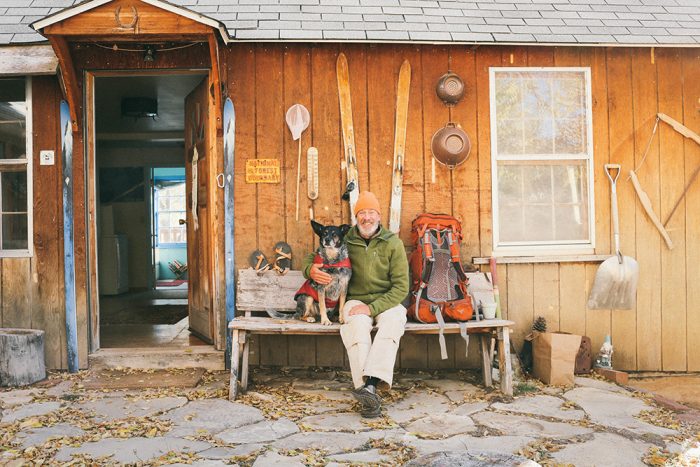 One of the major challenges was navigating through the desert where trails do not really exist. Sometimes Ace and Genghis would go back and forth for hours trying to determine the best route.

”I discovered the most amazing routes don’t follow the main drainages. I also learned a different way of looking at the geology in order to find my way. I was looking for the weaknesses in the terrain, and traveling it like the old Anasazi. I was finding their moqui steps like every day. I was using their routes, and in their day they were following the big-horn sheep trails. Sometimes I would just look for scat. If I found scat, that meant there was a way.”

For Ace, the hardest part of the experience was the transition back. Walking into his house at the end and having to catch up on reality was not fun. “I’d rather be out there camping — that’s living to me. Dogs are always living the life; they’re not worried about anything. When I was out there, I could just be in the moment. It was like being a dog.”

Up Next: Huge PCT Cleanup Begins: Goal To Remove 1,000 Pounds Of Trash