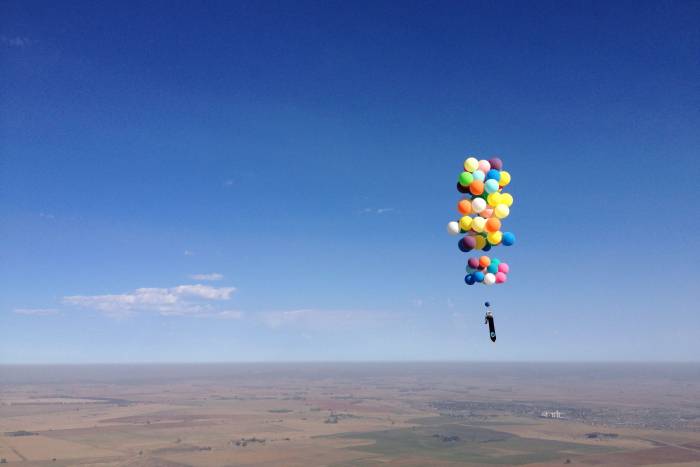 The next chapter in adventure racing is a step closer. A big step – up.

The Adventurists are “fighting to make the world less boring.” The English organization devises unorthodox race concepts for the courageous. From a 1,000-km horse race across Mongolia to a motorbike derby across the world’s largest frozen lake, the group tries just about anything.

And this week, The Adventurists successfully “launched” its latest race project: the balloons-tied-to-a-chair race across Africa. OK, it doesn’t have an official name yet. But the team’s test flight to see if such a race is even possible lifted more than 8,000 feet into the skies outside Johannesburg, South Africa, and drifted some 15 miles.

And if that sounds like your idea of fun, The Adventurists want you to sign up for the inaugural balloon race next year.

Float Way Up With ‘Adventure 11’

Dubbed “Adventure 11” during the team’s planning and testing phase, the rough sketch for the balloon race is a multi-day float over southern Africa. 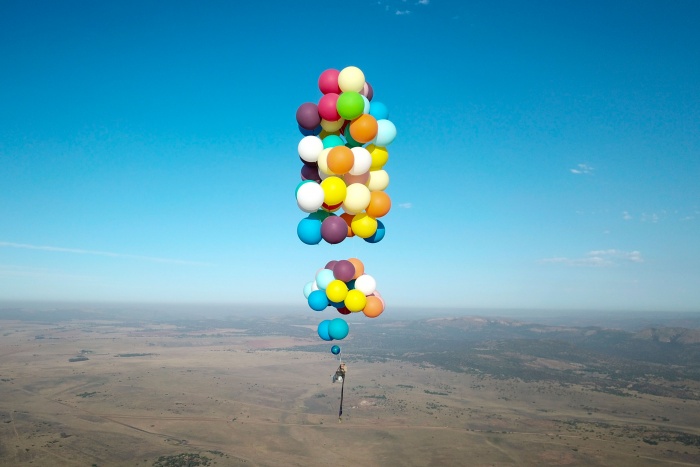 “It’s going to be a three-day, long-distance, floating adventure under party balloons on a chair of some description,” said The Adventurists founder Tom Morgan when he announced the concept this month. “It’s probably the world’s silliest air race.”

Morgan and co-Adventurist Buddy Munro finally proved the idea had merit after Morgan managed to float 1.5 miles high in the sky for 2.5 hours. As he approached Johannesburg Airport and the standard flight paths, he began bursting balloons.

When he touched down, he’d traveled nearly 16 miles – an average of about 6 miles per hour. 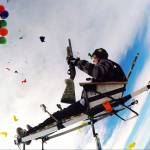 Who hasn’t wanted to get lifted into the air by helium balloons? This homemade contraption works, but how he gets down is crazy. Read more…

“It was a fairly indescribable feeling, wafting across Africa on a cheap camping chair dangling from a load of balloons,” Morgan said. “I came here to see if we could organize the world’s most ridiculous air race,

and after that flight I’m more convinced than ever that we can.”

The Adventurists: Inventors Of Insane Races

Founded by Morgan, The Adventurists not only create new adventure races for the public, they also raise money for charity in the process. To do it, the group follows a three-step plan that vets each idea before setting it loose for the public to try.

Step 1: Morgan and his group devise some exotic mode of transport through unusual environs. They then test run the idea to see if it’s possible. If so, the concept progresses.

Step 2: The team invites professional adventurers, explorers, and past adventure racers to try out the race with them. They use their feedback to refine the race parameters in preparation for launch.

Step 3: The race receives a name and start date, and entries open to the public.

The Adventurists have created numerous races since they assembled 12 years ago. They span land, sea, and air, and each one fights boredom and deforestation. That’s because The Adventurists ask every team to raise at least $1,300 for charity. Half of it goes toward the organization’s official charity, Cool Earth, to protect rainforests. The other half benefits the charity of the entrants’ choosing.

To date, The Adventurists have raised more than $6.5 million through their races. Look for Adventure 11 to become a reality in 2018. Or, sign up to race the friendly skies yourself.