Tighten a screw, slice a box open, then crack some glass with a carbide tip… Leatherman touts you can do all this and more with its new bracelet, the Tread, available widely next month. 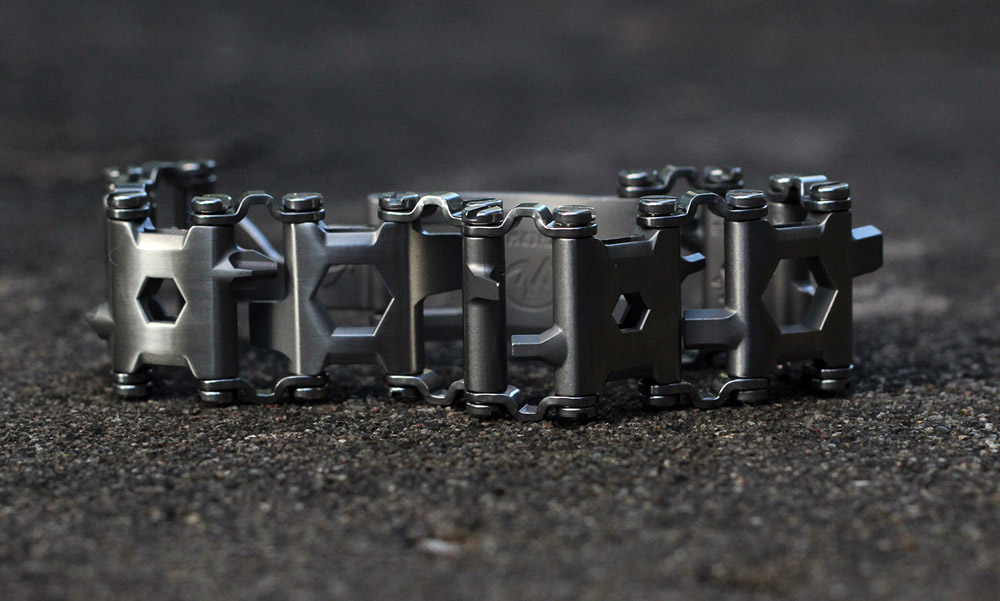 Leatherman advertises the bracelet to be “as stylish as it is functional.” Stylish, for sure. But functional?

We tested it out this week. The $165 wearable tool is available in limited places now and comes to the mass market in August around the U.S.

With the Tread, Leatherman attempts to mix the functionality of a multitool with the bling of a bracelet. It is a sleek conversation starter designed for the office or the woods, and with its TSA-compatible build it can even go through an airport security gate.

Tools At The Ready

In use, the 29 “tools” range from convenient to somewhat silly. I removed the Tread from my wrist to tighten a door strike plate (Phillips screwdriver head) and sliced some nylon cord (cutting hook).

Its bottle opener, hidden on the clasp, is small but always handy to have. And while you could certainly pop a bottle open with the edge of a table, a lighter, or other things… well, whipping off your bracelet to reveal an opener is a fun party trick. 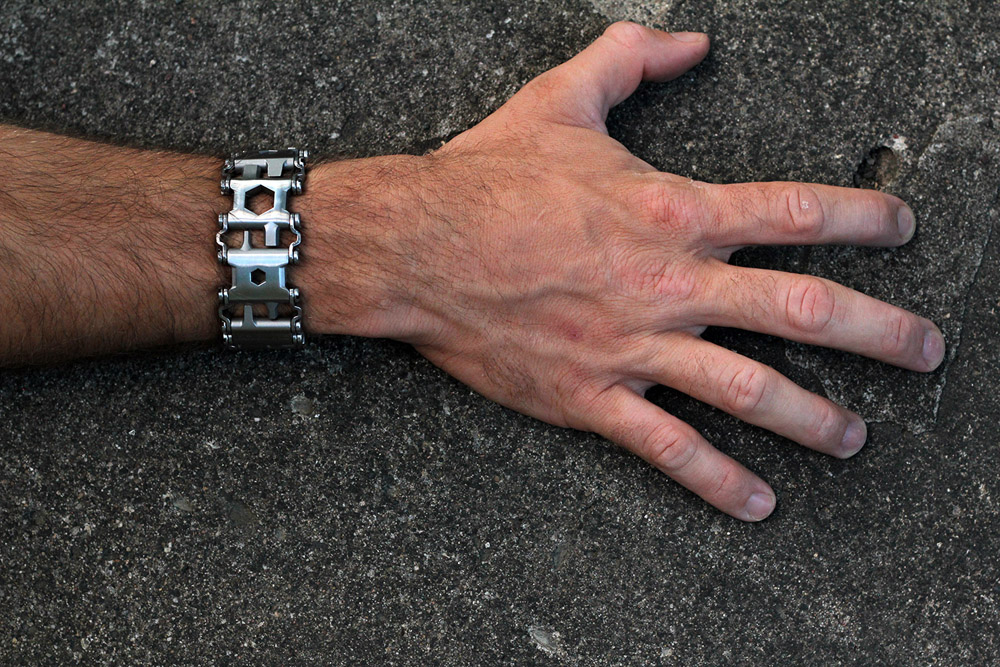 The tiny oxygen-tank wrench? I won’t be bringing that one out any time soon. There are multiple hex drivers and box wrenches, which are common enough but not something I often need in a pinch.

Some initial reviews of the Tread have been lukewarm. Testers are torquing screws, tightening bolts, and removing sim cards from phones with the bracelet’s built-in “pick.”

A common sentiment in some reviews is “All the implements work fine, but this is not a real multitool.”

There is no knife, no pliers, and the form factor — a flexible ring of forged steel links — is not compatible with precise tasks.

I guess I did not take the Tread so seriously. If you want a “real” multitool, don’t buy this bracelet. But if you want some pseudo jewelry that might help with a small job or an ad hoc fix, look to the Tread.

That said, the bracelet is built in a way that it works as a stand-in for a screwdriver or other tool. Unclasped and off the wrist, its links fold down and lie flat in the palm.

Select the implement tip for the job and the bracelet is rigid enough in full grip to serve as a handle and give leverage for a bolt or loose screw.

Wear it and you will always be equipped for random adjustments and realignments, but mostly of the urban and domestic type. As for backwoods use, the Tread will never replace a regular multi-tool or a Swiss Army Knife.

It can’t start a fire or help you build a shelter. But if you’re caught on a bike ride without a tool bag, spin the bracelet around and pray that Leatherman included the correct bit.

And hope you didn’t remove the needed link. The Tread comes with 10 links, each one removable to adjust for fit on the wrist. I needed to take off two for the bracelet to fit my average-size arm.

It weighs 6 ounces in full, no links taken off, and the bracelet feels hefty in a good way clasped above the hand.

One caveat: Watch your arm hairs while twisting the Tread around; mine got snagged a few times while trying to locate an implement on my wrist.

In the end, the Tread will appeal to the paracord-bracelet crowd or anyone who just loves knives, tools, and gear. The company has created a fun, sometimes usable product with a sleek, techy, outdoorsy aesthetic.

Put a paracord “survival” bracelet on one arm and the Tread on the other. You’ll be prepared for, well, a lot of stuff. My advice: Keep a knife or a traditional Leatherman in your pocket as a backup, too. 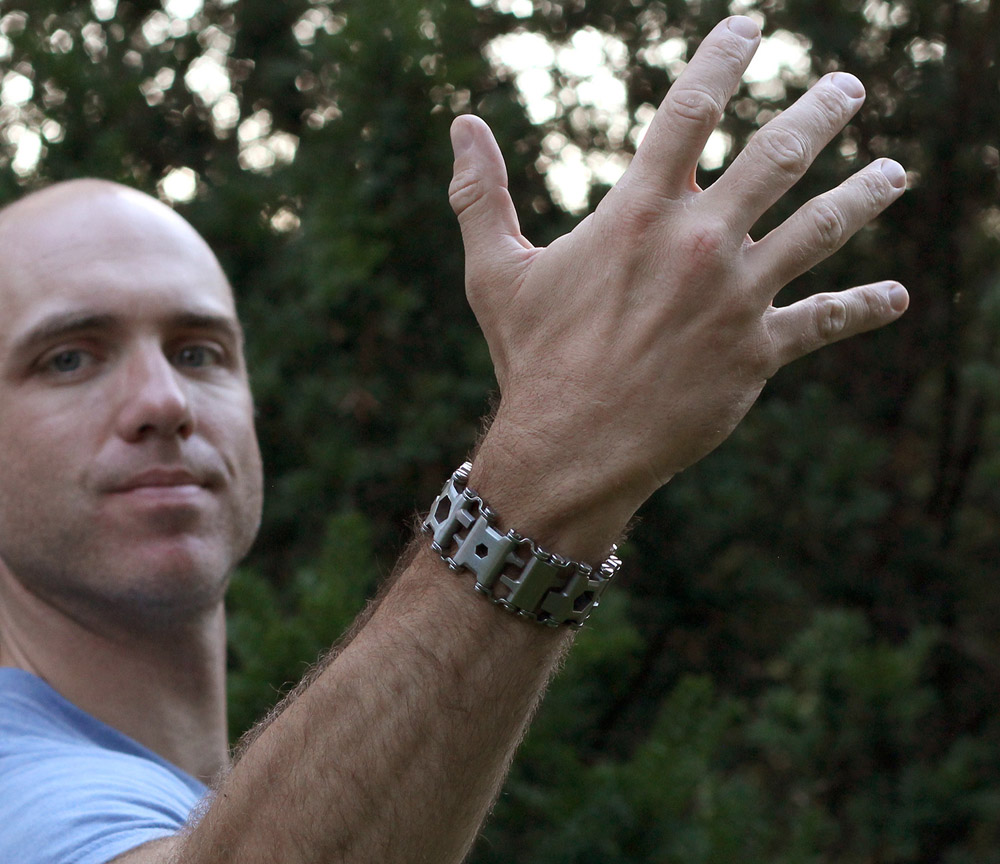