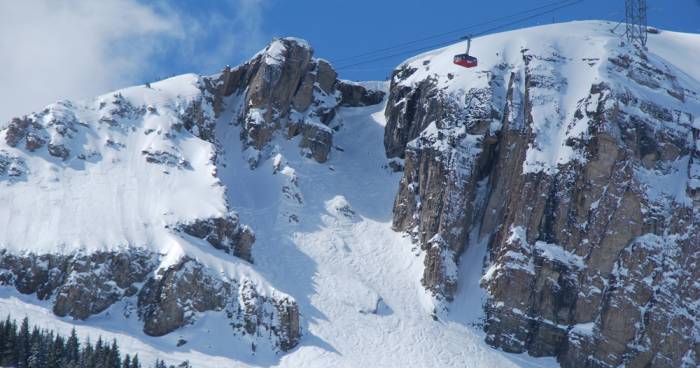 A long time ago, as a burgeoning ski bum in the early 1990s, I kept a scribbled list in a notebook of some of North America’s most difficult double-diamond runs, from archetypes like Corbet’s Couloir at Jackson Hole, to Snowbird’s Great Scott in Utah, and the Palisades at Squaw Valley, Calif.

My goal was simple: to travel the continent and ski them all. Only later did I discover that this was nothing unique.

Most every expert skier and snowboarder has a list — physically scrawled out, or ethereally in the back of the mind — of certain double-diamond runs that matter. I heard stories of people traveling around the world to ski a single guarded pitch. In a recent story for Forbes Traveler, I polled ski guides, industry executives, ski magazine editors and a few professionals who make a living skiing the steeps in front of a camera.

They each picked a run or two from their personal lists, including rarely open avalanche chutes of the West, alpine bowls and classic New England bump runs. Here are their top picks:

2. Two Smokes — Silverton Mountain, Colo.
This super-steep, doglegged chute pinches down to less than 6 feet wide at one point.

4. Keyhole — Alpine Meadows, Calif.
Moguls, cliffs and exposed rocks on a near-vertical plane of snow makes Keyhole among the toughest runs in the Lake Tahoe region.

5. Corbet’s Couloir — Jackson Hole Mountain Resort, Wyo.
Probably the most well-known double-diamond run in the world, Corbet’s Couloir starts with a mandatory air-in, which means you must jump off a large cornice just to get on the run below.

6. Avalanche Bowl to Zoom — Loveland Ski Area, Colo.
This is one of the steepest runs in Colorado, said Chad Jackson, a videographer with ski-film company Teton Gravity Research.