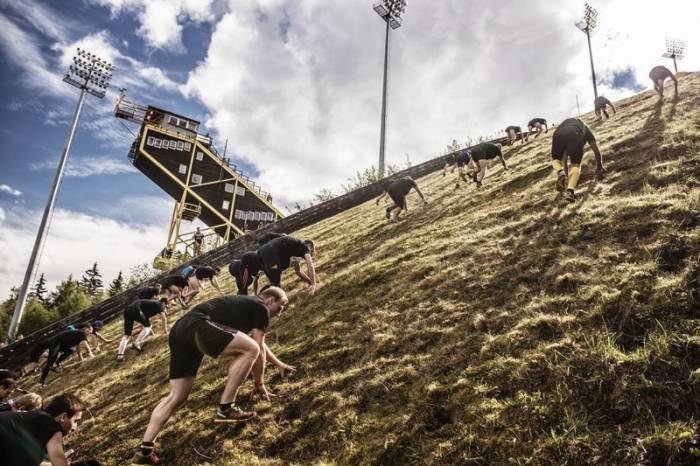 Competitors perform at the Red Bull 400 in Harrachov, Czech Republic on 13th September 2014

Often considered the “most painful” race in track, the 400-meters is a sprint that lasts a little longer than most people really want to sprint, an all out, full blast, puke-at-the-end kind of run.

So Red Bull decided to up the ante, doing the same distance straight up a ski jump. Check out the video below. Ouch!

Well, now the Red Bull 400 is coming, for the first time, to the United States.

On Sept. 26, you can race up Olympic Park in Park City, Utah. The event is run in heats and appears to be limited to 400 entrants.

So if you feel like you can sprint up a ski hill fast, registration is now open and the prizes are pretty awesome. The first place man and woman will win an all-inclusive trip to a secret location in Europe alongside the two winners (men’s & women’s) of the other 6 global locations, $500 cash, and other prizes.

But leave your hiking poles at home, they and traction devices are not allowed.