A 100% solar powered airplane has crossed the vast expanse of the Pacific Ocean between Japan and Hawaii, setting two world records. 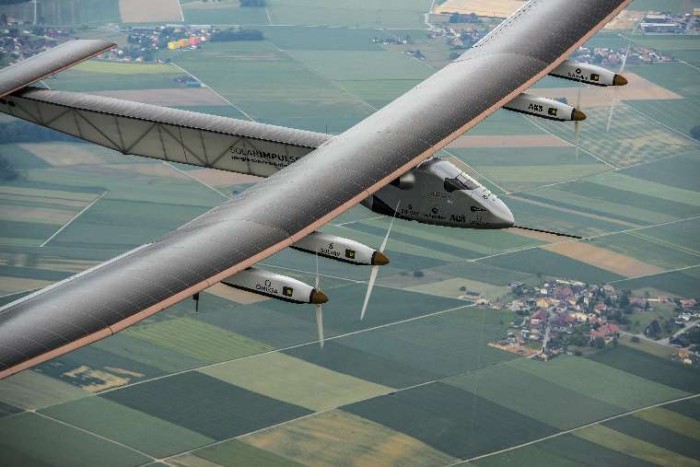 Solar Impulse tackled the 8,259 KM crossing as part of a round-the-world mission. It is the longest leg of the journey.

The solar-powered airplane has 17,000 photovoltaic cells and is piloted by Andre Borschberg of Switzerland. It set the record for the longest flight without refueling 76 hours into the flight between Nagoya, Japan, and Kalaeloa, Hawaii.

Ultimately, the flight took 117 hours, eclipsing the former record set by American Steve Fossett who, in 2006, accomplished a 76-hour, non-stop flight to circumnavigate the globe aboard the Virgin Atlantic Global Flyer.

Borschberg touched down this morning at 5:55 a.m. local time in Hawaii. He enjoyed ideal conditions for the landing and was greeted by his mission control crew, who erupted with applause as he stepped out of the plane into the first light of morning. 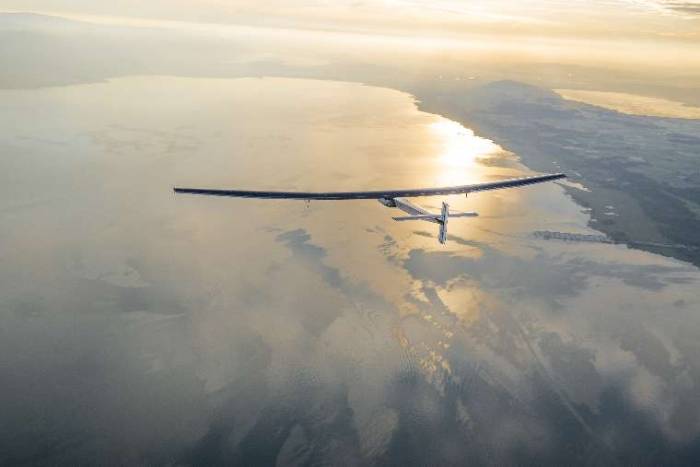 By the time he touched down, he had spent almost 5 straight days flying. At the controls, Borschberg also broke the record for the longest solo flight ever.

By remaining airborne so long, and producing its own power with solar energy, the plane has proven that Bertrand Piccard’s vision of reaching unlimited endurance without fuel was an attainable dream.

“Can you imagine that a solar powered airplane without fuel can now fly longer than a jet plane!”, said Piccard, initiator, chairman and one of two pilots of Solar Impulse. “This is a clear message that clean technologies can achieve impossible goals!” 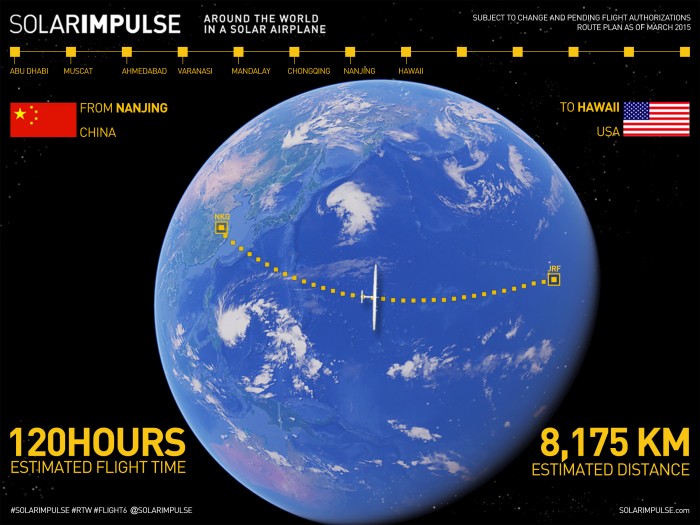 “The first 24 hours were very technical,” said Borschberg, “but the second day was really getting me into the mission. It took me a while to create a relationship of trust with the airplane, which allows me to rest and eventually sleep by periods of 20 minutes with the autopilot. The experience of flight is so intense that I can only focus on the present moment and discover how to deal with my own energy and mindset.”

Bertrand will continue the round-the-world journey with his next leg to Phoenix, Arizona.

The journey will then take the two explorers, flying alternatively in the single-seater cockpit, across the USA, across the Atlantic, and back to Abu Dhabi where the journey started March 9.

The main goal of this adventure is to collect millions of voices for FutureisClean.org, an initiative aiming to encourage governments to replace old polluting devices with new clean technology in order to save energy, natural resources, and decrease CO2 emissions in a profitable way, creating jobs and economic growth while protecting the environment.

To learn more, and to see live broadcasts from the cockpit, check out the fascinating website at solarimpulse.com