Running shoes have always been rather formulaic — all very similar in nature and mass-produced for pennies on the dollar. Until now.

Historically, aside from a few concept ideas such as today’s carbon fiber super shoes, the big brands start with a consumer price in mind and assure the sourced materials and manufacturing costs stay within their desired profit margins.

The problem with this approach, according to Dave Dombrow, co-founder of Speedland and former Under Armour and Puma design executive, is that “when you’re trying to hit a price, you’re gonna make certain sacrifices along the way.”

Something Dombrow and fellow Speedland founder Kevin Fallon — also a former Under Armour and Puma executive — know all too well. The two spent nearly 20 years in executive roles across three of the largest footwear manufacturers.

Enter Speedland: a company focused around Dombrow and Fallon’s own set of values, where “we really didn’t consider the price we took; we just considered the performance, and just tried to aggregate the best of the best things to make that ultimate trainer and equipment.”

Knowing most of the big shoe brands devote R&D to the roadside, the duo saw a huge opportunity to create something big in trail footwear, a facet of the sport for which the two have always been passionate.

A New Breed of Trail Shoe

Ready to start something new and escape the price-focused mindset, Dombrow and Fallon decided to leave their corporate executive roles for a passion project with an athlete-centric mission. Their first step was a YouTube channel called Speedhack, a fun and interesting show where they would dissect different brand name shoes, making them faster, better, or just wildly different.

Through the process of cutting up, ripping apart, and creating crazy unique shoe designs, the pair quickly settled on their next project — to create not just a shoe, but a piece of equipment, sourced from the best materials and partners, and never taking price into account.

Knowing how demanding and diverse trail running is, they had the idea to create one shoe that could be altered to effectively handle all types of terrain. The best way they could accomplish this is through a modular design where the user can change the shoe to their liking and terrain requirements.

“So literally, we can basically have like five or six levers that we can pull every time,” explains Fallon. Just like that, the SL:PDX trail shoe was born.

Starting at the bottom of the shoe and moving up, using Michelin (like the car tire) rubber, the outsole was inspired by the grippy, yet sturdy design of mountain bike tires. It comes standard with 6mm lugs that can be easily trimmed down to 3 mm for a less rough ride over mellow terrain.

Keeping with the mountain bike tire inspiration, the outsole wraps up quite a bit, creating a sturdy bowl-like shape. “[The outsole] becomes our chassis. The whole apparatus sticks to it and the midsole sits within it,” explained Fallon.

Next is a 5mm high-energy-efficiency EVA that they call the lower midsole. Fallon explains that this lower midsole acts as a deflection allowance for the lugs while adding a soft buffer layer for the carbon plate.

To create the absolute best performance from the embedded, but removable, carbon fiber plate, Dombrow and Fallon partnered with Carbitex.

“The significant thing is [Carbitex] material gets exponentially stiffer as you flex it one way. So, really good for the propulsion when you need it. But the other way, it’s very flexible. So, as you go over rocks or roots and things, it’s not going to be this rigid thing that’s passing along the shock,” Fallon said.

For those who find the carbon plate too harsh, it’s removable for a more traditional ride.

On top of the carbon plate is the Pebax midsole. To keep the midsole, carbon plate, and outsole tightly glued to your feet, they used a two-dial, three-strap BOA system with a knit and lightweight ripstop upper.

Depending on the configuration, the SL:PDX weighs between 9.9 and 10.3 ounces. The culmination is a customizable performance-oriented trail shoe that can be tuned to the type of terrain you run. 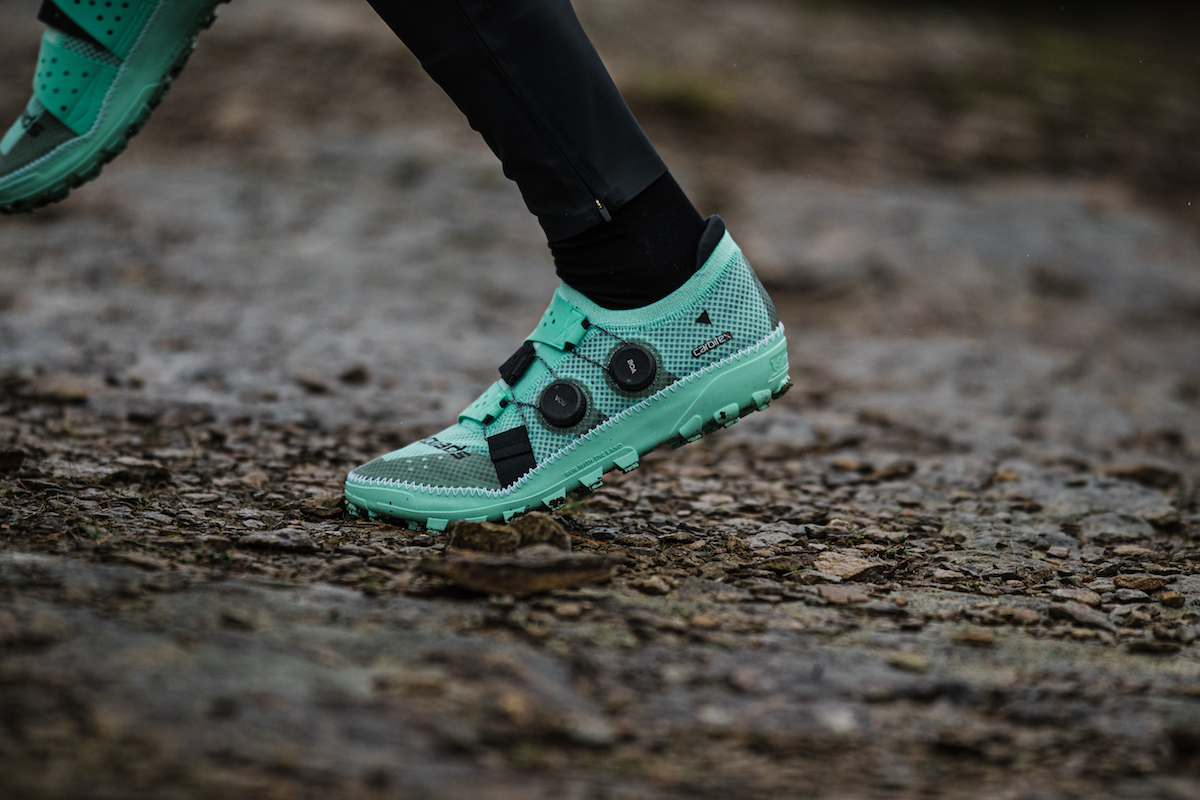 The do-it-yourself removable carbon fiber plate is an interesting concept, especially for trail shoes where the terrain is always changing. Is it possible to have one high-performance shoe that excels as equally over rocky, technical terrain as it does on smooth, firm, and fast? Dombrow and Fallon think so.

Many will find the $375 price point downright outrageous. However, I’m not going to pass judgment just yet.

Ten years ago, if you had told me millions of runners would be spending $250 on a marathon racing shoe that lasts two, maybe three marathons, I would have laughed. Yet the Nike Vaporfly 4% is the single most popular marathon racing shoe on the market. If something is really that good, people will always pay. 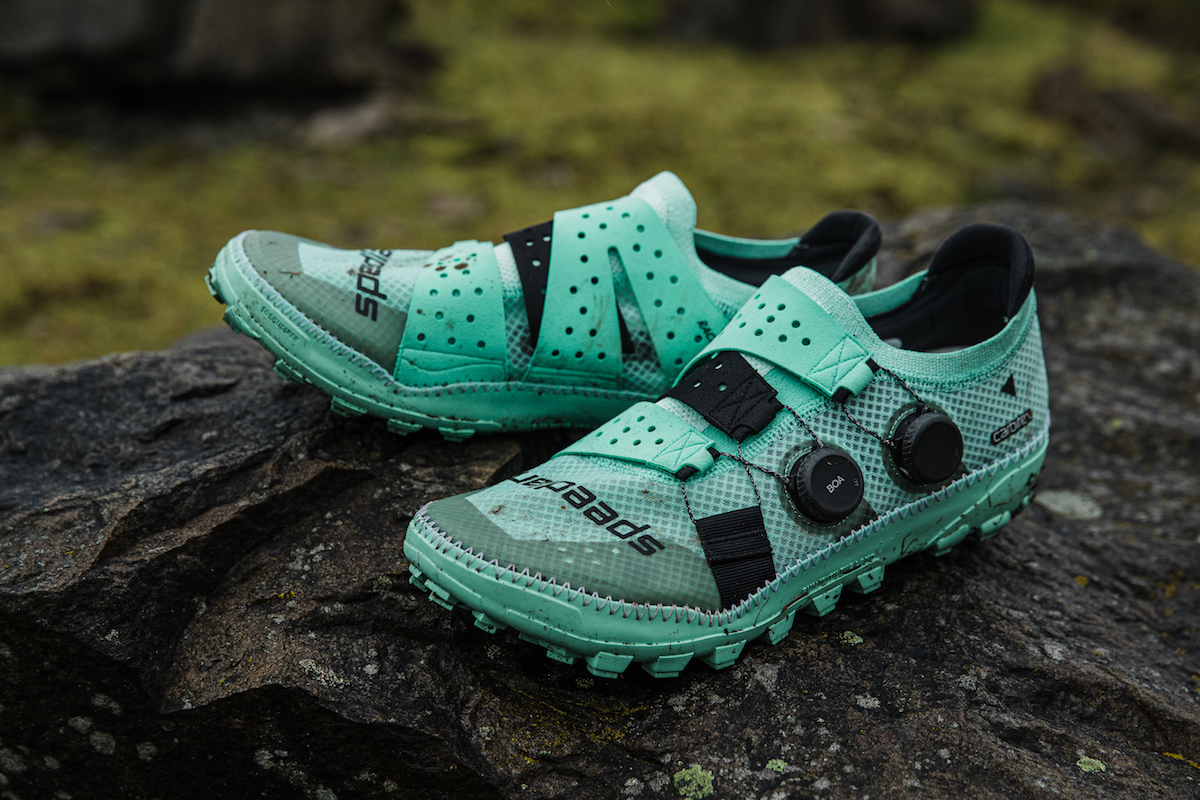 The SL:PDX will be available for preorder on June 15, 2021, for $375 to customers within the United States.

Up Next: Adventure News of the Week: Whale Swallows Diver, Trek Announces ‘Pride Ride,’ and More