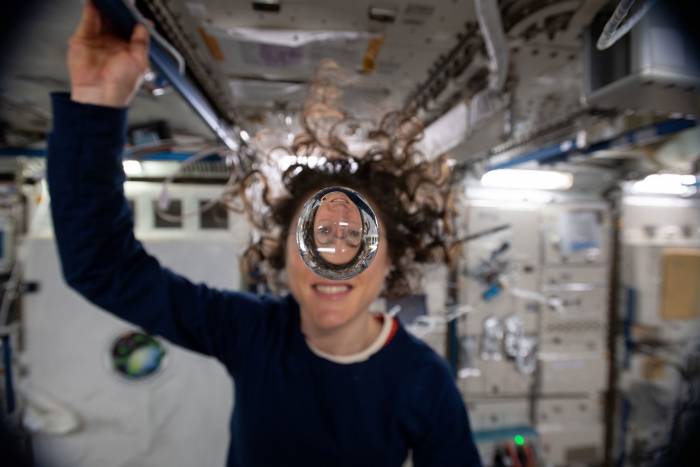 MARATHON: Tokyo Officials Move Olympic Marathon Course to Sapporo. The course for 2020 will no longer be in Tokyo but Sapporo, Japan. Race officials pushed for the new location based on logistics and slightly cooler weather for runners in the summer. Read more here.

BIKING: 70-Year-Old Woman Cycling Around America for Peace. Lynn Salvo, 70, from McLean, Virginia, has cycled 12,500 miles around America to create a peace sign on the map.

She has only the West Coast left to cycle, about 2,000 more miles, before her work is complete. Salvo also hopes to set a record to be the oldest woman to cycle across Europe.

Really honoured to ride yesterday with Lynn Salvo, 68, who is cycling across Canada for peace! https://t.co/F1dks0Ev6D pic.twitter.com/IZEoljqK7w

NASA: Christina Koch Just Set a Record for the Longest Space Flight by a Woman. Koch, a NASA astronaut and engineer, has been in space for 289 days as of December 29.

She will stay at the International Space Station until February 2020. That’s more than 300 days in space! With this trip, Koch pulled ahead of the record set by Peggy Whitson, who spent 288 consecutive days in space.

One of Danny Davis' Peace Parks will make its way to Copper Mountain after all!

A Woodward Peace Park in time for next season was one of several new offerings Copper announced today, along w/ a new lift on Tucker Mtn and a new mid-mountain lodge: https://t.co/2WaTMSb2jJ pic.twitter.com/jnAqpJhOlO