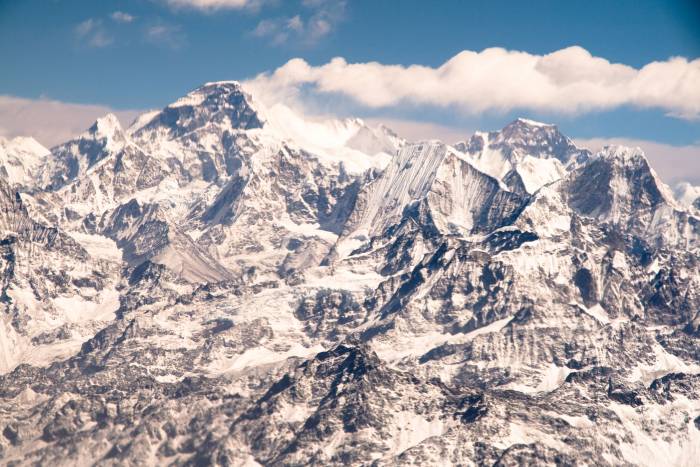 8,000-METER PEAKS: Nepal slashes permit prices after China raises them. Nearly a month after China raised climbing fees for 8,000m peaks, Nepali officials made the surprise move to lower fees for many peaks in 2020.

As part of its Visit Nepal 2020 tourism campaign, the Nepal Ministry of Tourism will lower rates — even making iconic peaks like Cho Oyu free! Still, the cost of an Everest permit will not change next year, holding steady at $11,000 per person (nearly $6,000 less than China’s fee).

24 HOURS: Marisa Lizak Runs 148.1 Miles in a 24-Hour Race. California’s Desert Solstice Invitational is unlike most ultraraces — it takes place on a track.

Marisa Lizak, 40, ran 148 miles in 24 hours, beating out all other runners and setting an age group record (for 40- to 44-year-olds) in the process. Camille Herron holds the world record for the most miles run in a 24-hour period — just under 168 miles.

ACCIDENT: Biker Hit By Car on Journey Across America. Scottish athlete Josh Quigley was cycling across the U.S. as part of a round-the-world ride when he was hit by a vehicle earlier this week. According to Quigley’s social media posts, he was hit by a car going at least 70 mph at night, though Quigley said he was wearing reflective clothing and had “strong rear lights.”

He is now in the hospital and anticipates a 6- to 8-week recovery time before he can walk or ride again. Friends have set up a GoFundMe account to aid in his recovery. Despite the accident, he hopes to return to the U.S. in the spring of 2020. “I will finish this cycle,” Quigley said.

MUDSLIDES: Seattle Sees Rainiest Day on Record in Decades. This Friday, Seattle endured a lot of rain, flooding, and even mudslides, which closed hundreds of roads and trails.

According to the National Weather Service, Friday landed among the top five wettest days ever documented since 1945. Stranded parties included truckers, hikers, commuters, and even a group of duck hunters, who were rescued by the Snohomish Fire Department.