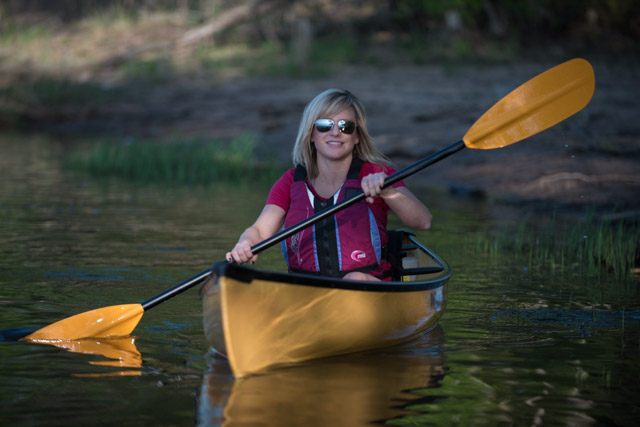 Wenonah introduced a new Wee Lassie this spring as the smallest canoe in its fleet. But its history stretches back more than a century.

Norm Sims and I wandered into the Wenonah Canoe exhibit at an outdoors show last winter and stopped suddenly at a triangle of three canoes set on their sterns, with bows pointed to the ceiling. It wasn’t their color or the trim that caught our attention. It was their length. Or, rather, a lack of length.

“Ten feet?” I asked. “Something close to that,” said Norm. We understood when we saw the name of the shortest canoe: the Wee Lassie.

Norm and I, co-authors of a recent book on the history of the canoe, soon got caught up in a deep discussion with Mike Cichanowski. He founded and owns Wenonah Canoes, the largest builder of Kevlar canoes in the market.

The Wee Lassie, at 10 feet 6 inches long and 16 pounds in an ultralight Kevlar layup, is the smallest canoe Wenonah has ever built.

“I don’t know how many we will sell,” Cichanowski said. “But it was interesting to build.” Whether it’s truly harder to design and build a short canoe than a long one, we did not doubt him.

Cichanowski’s best guess was that the little boat would find a market in the northeastern United States. The region’s small lakes and rivers are popular canoe destinations, and the Wee Lassie name carries historical significance. The marketing for the craft calls it an “Adirondack-style solo.” The company also suggests its Wee Lassie as an alternative to a kayak. 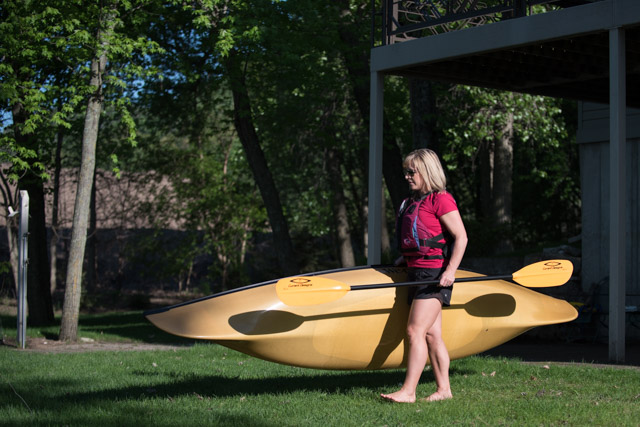 Today, you can find plans for boats called the “Wee Lassie” all over the internet. But most of them come up short – if you’ll pardon the pun. And more than a few canoe manufacturers across the continent also imitate the design. But what’s the historical significance of the boat?

The original Wee Lassie came from the Canton, N.Y., workshop of Henry J. Rushton. In his day, he one of the most well-known North American pioneers of wooden canoe building. Rushton’s claim to canoe-building fame mainly came from one person and two boats: George Washington Sears, the Wee Lassie, and the Sairy Gamp.

An outdoor adventure writer who published under the pseudonym “Nessmuk,” Sears was 5-foot-3 and 105 pounds. He was a typical 19th-century hardy soul who tramped and camped all over the Adirondacks and elsewhere. Sears’ 1888 book “Woodcraft” extolled the solo camping trip, and his articles for “Forest and Stream” magazine often mentioned Rushton and his canoes.

The Wee Lassie in its original form (lapstrake white cedar, elm ribs, oak keel, no seats, and one thwart abaft the beam) was 10.5 feet long and weighed 22 pounds.

But that wasn’t small enough for Nessmuk. He and Rushton became obsessed with finding the smallest, lightest canoe possible. “I wanted to find out how light a canoe it took to drown her skipper, and I do not yet know,” Nessmuk wrote. “And I never shall.”

The smallest used to be the Sairy Gamp, built in 1882. It is 9 feet long, weighs 10.5 pounds, and is now in the Adirondack Experience museum in Blue Mountain Lake, N.Y. 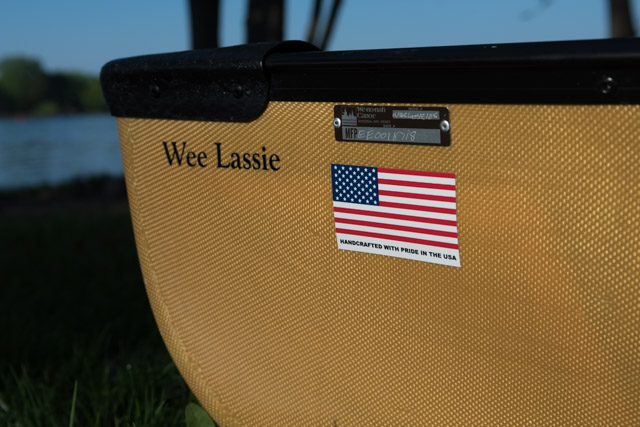 “If it goes busted I will build another one,” Rushton told Nessmuk. “Now you must stop with this one, don’t try any smaller one. If you get sick of this as a canoe, use it for a soup dish.”

Nessmuk paddled and portaged the Sairy Gamp more than 266 miles across the Adirondacks in 1883, his last trip. He was 61 years old.

Rushton produced a Wee Lassie in 1893 for railroad heir William West Durant to use at his Pine Knot Camp. It also survives at the museum. In his 1907 catalog, its cost was listed as $19. The canoe “gets over the water like a scared loon,” Nessmuk wrote.

Nessmuk, who died in 1890, once wrote: “Go light; the lighter the better, so that you have the simplest material for health, comfort, and enjoyment.” Wenonah took that to heart. Its Wee Lassie comes in two lengths – 10.5 feet and 12.5 feet. 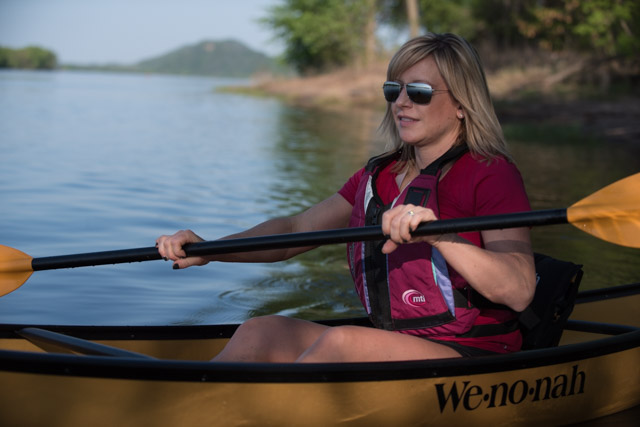