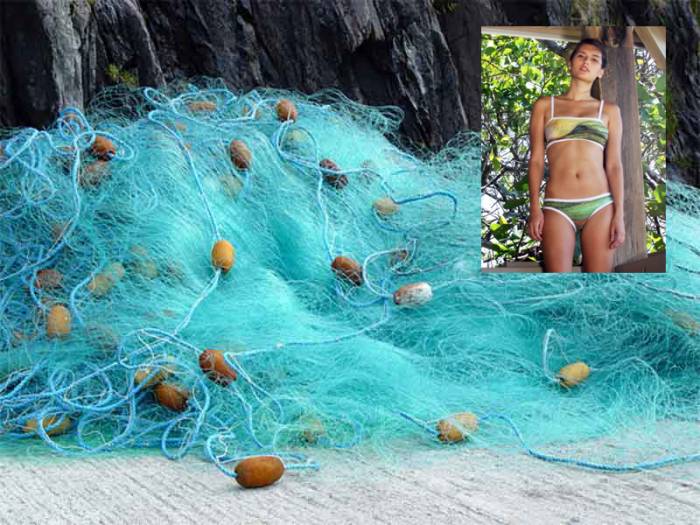 [leadin]Discarded and abandoned fishing nets keep on killing long after the useful life of the net is over. But this material is reusable if collected and recycled: Enter Healthy Seas.[/leadin] 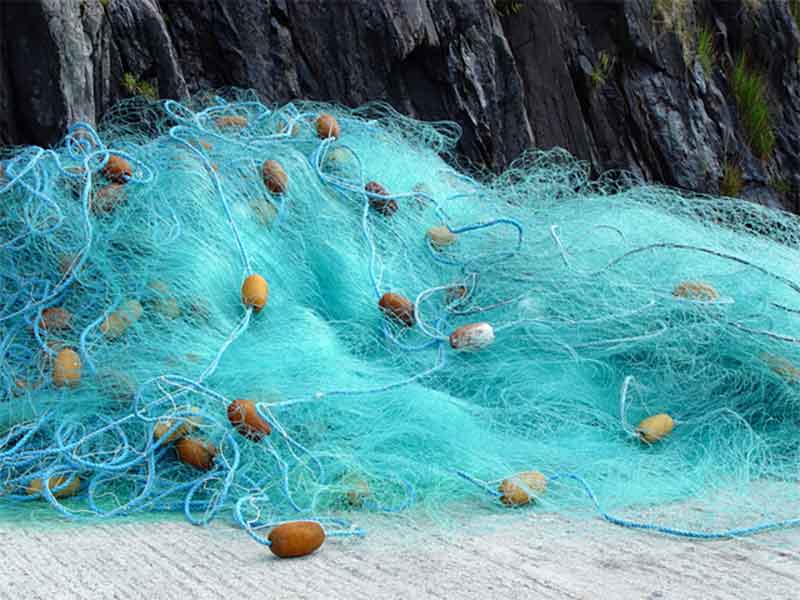 Companies choose where to source materials that make the goods we use and apparel we wear. Indirectly, many support recycled products or strict sourcing standards.

Wouldn’t it be great to know that your swimsuit, cycling shorts, or shoes helped remove dangerous discarded nets from the sea? It’s possible. 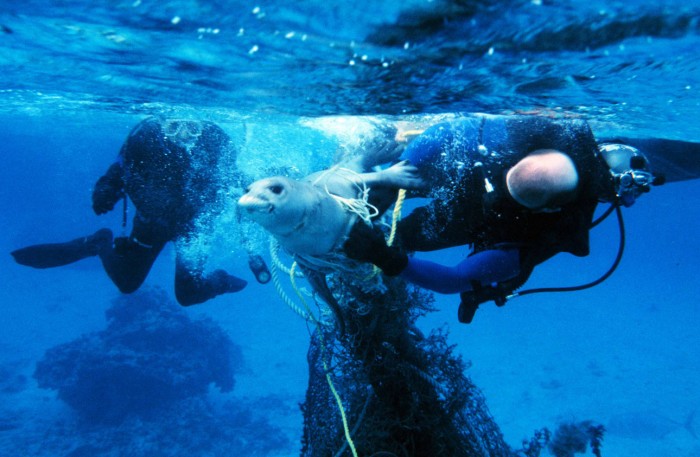 Healthy Seas collects fishing nets from the ocean to be repurposed into textiles. Aided by volunteer divers, the nonprofit recovers abandoned nets that could otherwise kill marine life trapped in the debris.

Off the water, the organization then processes its recovered nets into sustainable textiles, which are used to create apparel including socks and swimwear — even carpeting — for companies like Koru Swimwear and Modulyss carpet.

Some of the cost of net recovery is supported by environmental partners such as World Awear.

On the production side most recently, Carvico, an Italian textiles creator, jumped on board with Healthy Seas with a commitment to use 100-percent regenerated yarn in its textiles.

More than 5 trillion plastic pieces weighing more than 250,000 tons now fill the sea, according to the 2015 Living Blue Planet Report. While the exact catch rates and ocean life mortalities caused by that debris is incalculable, NOAA estimates that more than one million birds and 100,000 marine mammals die each year due to the ingestion of and entanglement in marine debris. 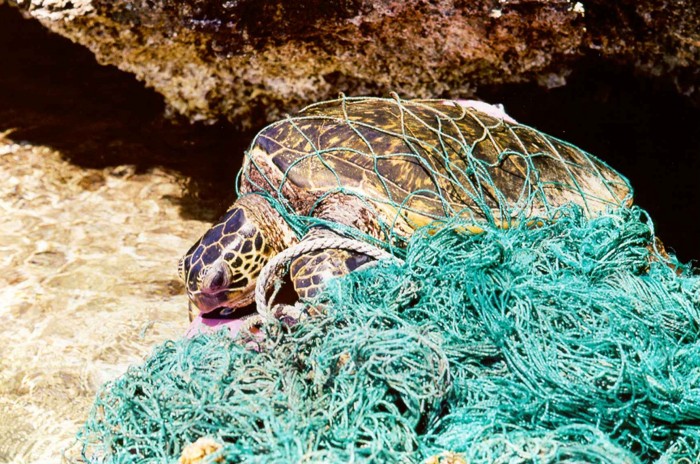 Derelict fishing gear comprises close to 10 percent of all marine debris by volume and ghost traps — nets and traps that are no longer tended by fishermen — can be concentrated. For instance, more than 85,000 lobster and crab ghost traps are estimated to exist in the Florida Keys National Marine Sanctuary, cites NOAA in its 2015 Ghost Fishing report.

Healthy Seas now picks up debris throughout the Netherlands, Belgium, United Kingdom, Greece and Italy. In 2015, the effort tallied 110 tons of recovered nets with the help of 650 fishing boats and 75 volunteer divers.

Last year, Adidas partnered with Parley for the Oceans to design a 3D-printed ocean plastic shoe midsole. And the National Fish and Wildlife Foundation’s Marine Debris Program has now collected more than 2.1 million pounds of discarded fishing gear from locations around the U.S.

Made of nylon, deserted fishing nets (as well as other material waste) is collected by Healthy Seas then delivered to a factory to be depolymerized and regenerated into a fresh nylon yarn called Econyl.

For Carvico, the benefits of using Econyl are two-fold. Utilizing recovered materials in textile creation helps to cap waste created by the industry; close to 20 percent of global production waste is produced by the textile and apparel sectors, according to Econyl and the Environmental Protection Agency.

“We have come to this decision over time, being fully aware of the social role that any business—operating in whichever market—must necessarily take on with the objective of making a contribution to spreading a culture of sustainability. This is the only way we have today to protect the planet that our children will be living on, tomorrow,” said Carvico General Manager Stefano Eretti at a news conference.

Carvico is, most likely, unheard of by everyday swimmers, cyclists, and other outdoors athletes. The company produces warp knit fabrics for lifestyle and competitive swimwear. Its second branch-off brand, Jersey Lomellina, founded in 1977, specializes in fabrics for underwear, swimwear, and outerwear.

All summer long, Carvico reports, its brands stacked appointments at the world’s largest cycling, beachwear and lingerie trade shows from Eurobike and Outdoor Retailer to Interbike in Las Vegas. It’s a trend we gladly back and root hard for its growth as one effort to clean up oceans around the world.