Forget the latest, most expensive in breathable, lightweight, temperature-adapting technology. Sometimes you can go back to basics and do just fine. This is why an old-school rain shell will never leave my kit.

It was Good Friday in 2008; I remember the day because, in the heavily Christian city of Port Elizabeth, South Africa, businesses were closing early. My classmate Brian and I were sprinting frantically through the city’s shopping mall, passed locked door after locked door, when we came upon an outdoor retailer that, for some reason, hadn’t quite shut the latch.

In an hour, we would board a one-way bus to the Lesotho border town of Underberg, in the foothills of the Drakensberg range. Lesotho sits high above a plateau; having secured a tent, sleeping bags, and packs from a friend in town, we realized we had nothing to protect us from the elements.

We talked our way into the shop, where we both grabbed the thickest, heaviest, most bomber looking shell we could find: a royal-blue Claude Klassic waterproof rain jacket from K-Way. It cost about $40 U.S. and packed into a bundle the size of a Nerf football. It was good enough.

I didn’t know it at the time, but the jacket would become my most used – and versatile – piece of gear.

Brian and I wore the jackets almost constantly from the moment we set camp near the base of Sani Pass – which we would climb into Lesotho – until we descended and caught a minibus to Durban. We were hard to miss in matching bright blue; a British expat called us “Ace and Gary,” recalling a certain ambiguous animated duo. And we didn’t care at all. 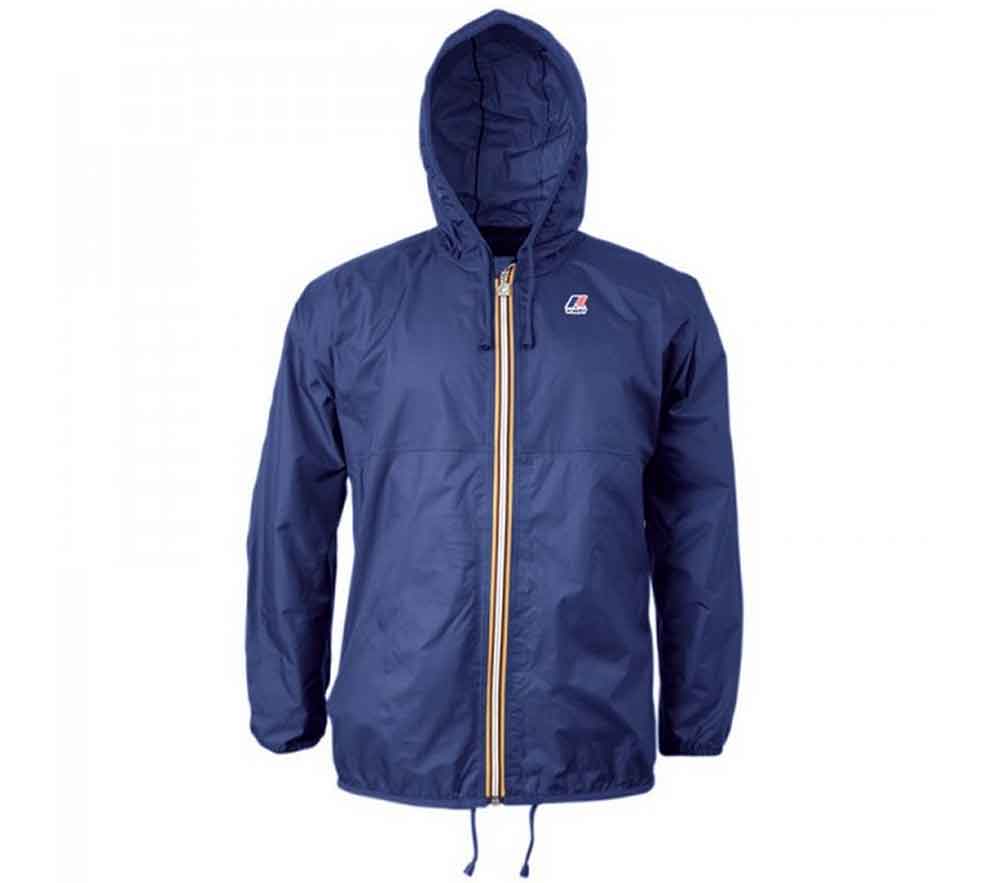 The reason? It was cold. Western Lesotho was high up, and windy, and frigid; we discovered, meanwhile, our tent had no floor. So we layered up with every piece of clothing we had and added the jacket on top of that. And we were as comfortable as the circumstances allowed the entire time.

Sure, waterproof, non-breathable jackets are an old trick. You know what else is? The flush toilet. It was invented in 1880, and it still works, so we keep using it. In an industry, like outdoor gear, with constant innovation, it is easy to assume an old technology won’t work. That’s not always correct. This old nylon jacket may not be cutting edge, but it absolutely works today as it always did.

Since our jackets were waterproof – nothing fancy or breathable about them – nothing got in, and nothing got out, when Brian and I wore them in Lesotho.

When we were hiking, or tagging some peak, we were sweating despite temps in the 30s F, and it was glorious. Sure, breathability is a major plus when moisture management is a concern, but with a simple venting system on the back, I’ve never been soaked from the inside in this jacket while hiking in the cold.

In those situations, where I was using it mostly as a wind-breaker, I could just take off the jacket when I started sweating. Moisture problem solved.

This jacket isn’t breathable. It will get wet from the inside out if you sweat, and that can be a huge, even dangerous, problem. So when I need to rely on a jacket to keep me dry from the inside, I’ll reach for a more high-tech, breathable jacket.

That said, even a breathable jacket can build condensation on the inside. Thanks to the vent on the back of the K-Way, I’m often impressed at the lack of condensation that builds in regular use. And, to reiterate: This jacket cost me $40 and has served as an indestructible companion on countless adventures over the years.

My first solo backcountry trip was two years after Africa, in Rocky Mountain National Park, and the K-Way jacket was there. When I tagged Longs Peak, I layered it over my fleece to keep wind out and maximize warmth; at night, I bundled it up and used it as a pillow. And when I was savaged by the Rockies’ trademark afternoon thunderstorms before I could set up camp, the rain jacket served the purpose for which it was designed, keeping me bone dry.

Perhaps most importantly, I had no qualms about pulling, cramming, and generally abusing the thing, because it wasn’t a precious feather-light piece with the price tag to match.

I’ve already mentioned that the jacket kept me dry and comfortable when the rains came. But beyond comfort, this is a feature that could make or break your next expedition.

When you are living out of your pack for a week and wet gear can ruin your trip (and potentially make things dangerous), a waterproof shell might just be your most valuable asset. Of course, a high-end shell will do this job, and probably better. But if you’re on a budget, don’t overlook a simple old-school rain jacket. They worked back in the day, and still work now.

The K-Way jacket is still stuffed in the bottom of my pack. It has seen feather-light shells, fleeces, and hoodies, and skin-tight base layers come and go. But this waterproof shell is tough as leather (and better at repelling water), so it’s as useful as ever.

Couple this with the fact that it is one of the cheapest pieces of gear I’ve ever purchased, and it is hard to understate what a useful and worthwhile purchase this jacket has been for me.

It doesn’t have to be a waterproof jacket. It could be duct tape, or an old Leatherman, or the compass you had in Scouts. New technology is great, but don’t lose sight of the things that work, and have worked, all along. They’re “tried and true” for a reason.

Up Next: Utility Pants: Two-Week Test At ‘Mongol Derby’