The environment, specifically the ocean, has given a lot to champion pro surfer Kelly Slater. So he co-created Outerknown to give back to nature.

Rounding into the fourth decade of his career, 46-year-old Slater has leveraged saltwater to claim victory at a record 55 events on the World Championship Tour.

He earned 11 world titles (seven more than runner-up Mark Richards) along the way, fortifying an undisputed reputation as the greatest surfer of all time.

In 2015, Slater started a movement to give back to the environment that’s given him so much. Together with co-creator John Moore, he introduced Outerknown, a sustainable, surf-inspired clothing brand founded on a premise of respect for the fashion industry’s two most neglected assets, also Outerknown’s mission statement, “people and planet.”

“We wanted to do something different,” Slater wrote in a recent Instagram post. “Not for the sake of being different but to do it the right way … in handpicked, socially compliant factories where workers are treated like human beings … using textiles/fabrics such as organic cotton and hemp and recycled nylon 6 from disposed fishing nets, to name a few.” 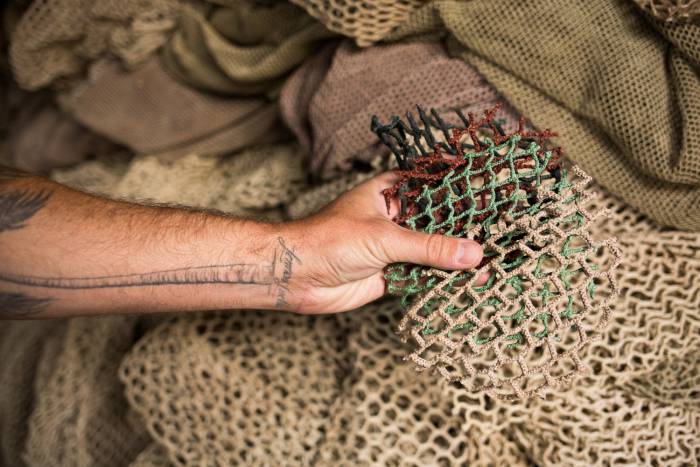 Outerknown just released its new line of S.E.A. Tees. It makes the t-shirts using 90 percent less water (71 gallons per shirt) than traditional cotton tees. It will release a new S.E.A. Jeans line this month. And it has become a staple of responsible surf style like a smaller-scale Patagonia.

It was the first brand to become certified by the Fair Labor Association before selling a single piece of product. Along with fair trade practices and environmentally minded sourcing and production, Outerknown is a key proponent of the Outdoor Industry Association Sustainability Working Group (OIASWG). The organization combats environmental issues that face the fashion industry at large.

“To execute a sustainability strategy, you have to start with a sourcing strategy, as the two are intrinsic to each other,” says Shelly Gottschamer, Outerknown’s chief sustainability officer. “Outerknown is for people and planet, and you need both. Every decision we make revolves around these two.” 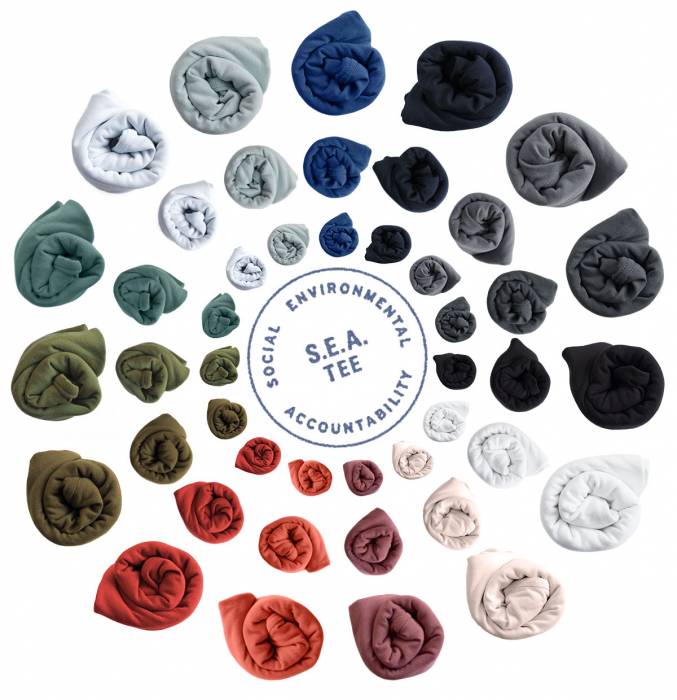 Producing clothing the responsible way isn’t cheap. Outerknown has suffered some pushback from consumers for a higher-than-typical price point.

“Our principles began with a double mission statement, ‘for people and planet,’” Slater said. “This principle has been directly reflected in our slightly higher pricing than what the surf world is used to.”

Having restructured and refined its processes this year, Outerknown is lowering price points to be more affordable for the average surfer. That is resulting in a noticeable spike in popularity. And good thing, too, because it comes at a time when the fashion industry desperately needs a fresh role model.

“There are some pretty big issues out there,” says Gottschamer.

As with many on Outerknown’s tight-knit team, Gottschamer’s vantage stems from a long career spent hyperfocused on sustainable fashion. But given the facts, any consumer can recognize an industry in ecological and ethical peril.

Fair Warning: The Facts Are Grim

Global textile production puts out more greenhouse gas emissions than the international aviation and shipping industries combined. Worldwide clothing production has more than doubled since 2000. And in the U.S., over 85 percent of clothes end up in landfills.

Over 60 million workers in the garment industry — two-thirds of whom are women and the vast majority of whom work in factories and fields — commonly make between $2 and $5 per day, locked into conditions considered inhumane in developed countries. 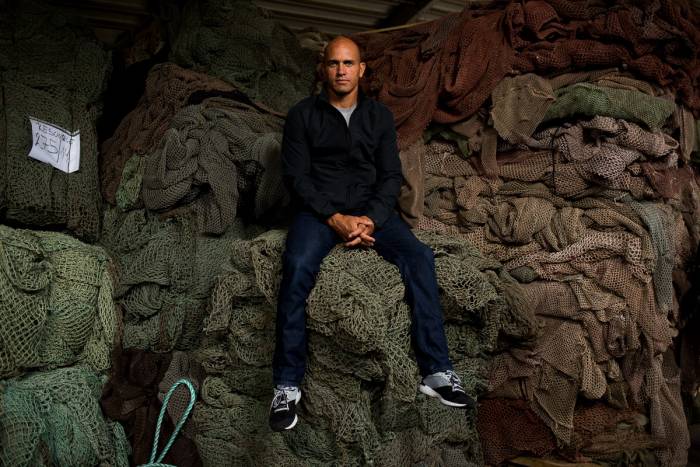 Farmers in Western India’s cotton belt — a microcosm of cotton production at large — are in the midst of an unprecedented suicide crisis four years running. This is the assumed result of mounting debts accrued by purchasing genetically modified seeds from companies like Monsanto to keep up with the competition. 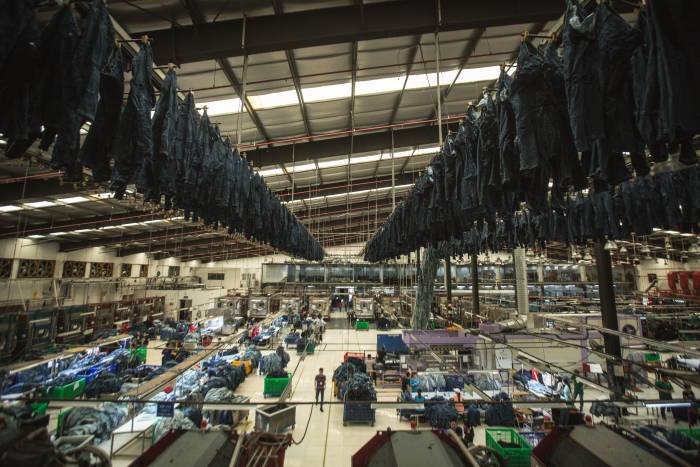 Outerknown’s Solution: Be a Role Model

The list goes on, the point being that the fashion industry faces myriad serious problems on a global scale. So what’s the solution?

For Outerknown, it’s leading by example. It’s making swim trunks from recycled water bottles, sourcing cotton from responsible mills, washing in factories that recycle 99 percent of wastewater, and minimizing the carbon footprint at all costs. It’s workers rights accredited by the Fair Labor Association and a publically available code of conduct that Gottschamer refers to as “the cornerstone of Outerknown’s approach throughout the global supply chain.”

“As an emerging brand, if we are able to build product in a transparent way — meaning we know our makers throughout the supply network — then we prove it’s possible … we can all do it,” says Gottschamer. “You have to know your makers at all levels to know your impacts.”

Slater says his main objective with Outerknown has never been profit. He left a 23-year-old, multimillion-dollar contract with Quicksilver in 2014 to self-invest in Outerknown with no guarantees. 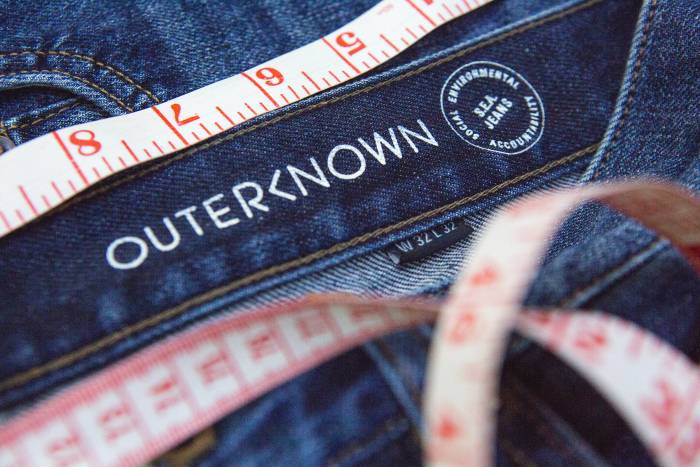 “There was a very clear moment when we said, ‘F**k it, let’s do it,’” Slater said on a podcast last year. “What I was saying was, ‘Let’s not get a paycheck.’ We’re committed to it philosophically. There’s a much deeper message for us.”

Outerknown’s goal seems genuine: to make good-looking, sustainable clothing available to everyone. In addition to bringing down the prices to compete with mass-produced brands, that means carving a new path of sustainability that other manufacturers can follow.

“Of course, we’d love to be successful and make money from it in the future,” Slater said. “But if that happens, people are also going to be wearing clothing that they feel good about — they know where it came from. Besides that, they might just like the clothing.”