Home » Apparel » Outerwear » Which Side of the Force? Columbia’s Newest Star Wars Jackets Let You Choose

Columbia’s Challenger Jackets honor the light side of the Force — or the dark!

Over the years, Columbia Sportswear has unveiled quite a few Star Wars-themed jackets. And the limited-edition products sell out fast! They even command a good resale price on the secondary market thanks to their collectible nature. 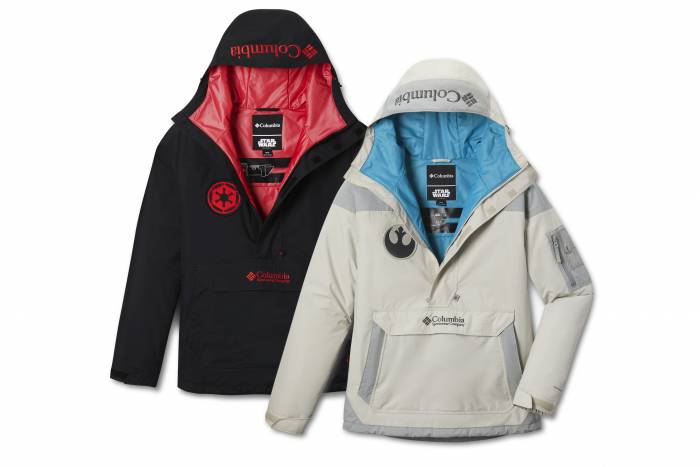 So if you’re in the mood to boast your “dark side” or “light side” loyalties, now’s the time to act. Columbia today unveiled the new Challenger Jacket, Star Wars Force Editions. Choose your allegiance with jackets emblazoned with Imperial details or the logo of the Rebel Alliance.

On December 6, these pieces will be available online at columbia.com/StarWars starting at 12:01 a.m. EST and at Columbia-branded retail locations. The Columbia jackets are unisex and sell for $200.

Fans interested in taking this experience to the next level can purchase one of only 25 jackets signed by Mark Hamill, who portrayed Luke Skywalker in the films. These signed jackets will sell for $900.

All proceeds go to college access programs and scholarships selected by Hamill. Get these only at Columbia retail locations in New York; Buena Vista, Florida; the Downtown Portland Flagship in Oregon; Minneapolis; and Seattle. 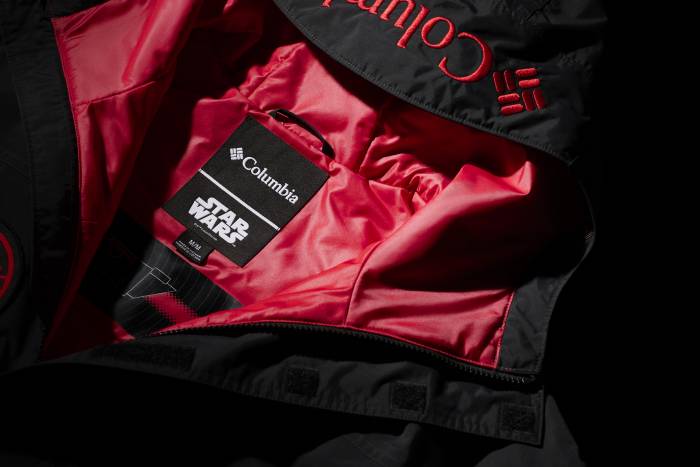 The coded messages in the jackets translate to “may the Force be with you” in the light side rebel alliance style and “you underestimate the power of the dark side” in the dark side Imperial version. Other Aurebesh messages include vehicle identification numbers for Luke Skywalker’s X-Wing Fighter as well as the Death Star.

The anorak-style jackets are a Columbia heritage style dating back to the 1990s. The team worked closely with Lucasfilm to incorporate features inspired by the Star Wars saga. The lining of each jacket matches Luke Skywalker and Darth Vader’s legendary lightsabers, which appear in the graphics. 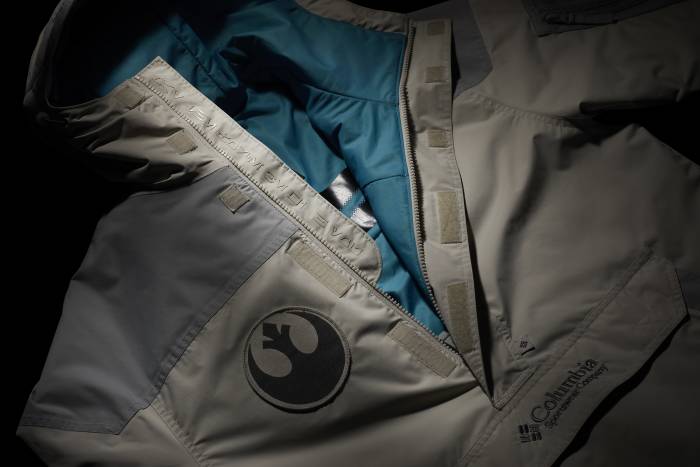 Other details include a Rebel/light side or Imperial/dark side chest patch, a mesh sleeve pocket, zippered hand pockets, kangaroo pouch, and side-entry zip. They have adjustable hood, cuffs, and hems.

To keep you warm and dry as the inside of a tauntaun (ewww), they rock Omni-Tech waterproof-breathable shell and synthetic insulation.