When heading out to test the latest from one of the world’s top backcountry gear manufacturers, it’s good to have a little fresh snow. Or is it? 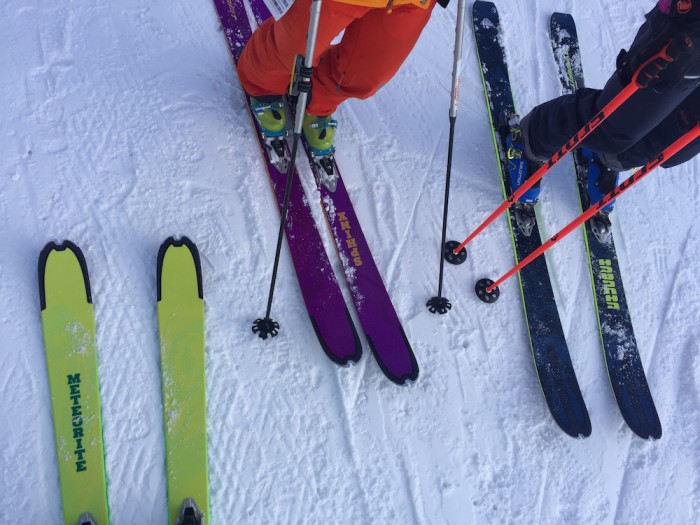 The carload of Dynafit apparel and gear — including the TLT7 backcountry ski boot, Meteorite, Sphinx, and Dhaulagiri skis, and Radical 2.0 FT bindings — had us quivering with anticipation as we rolled down the highway toward Crested Butte, Colorado.

Outside, it was puking — an eventual 37 inches of snow would fill the East River Valley and set every aspect to High avalanche danger. But the toys needed testing, so we enlisted the expertise of Irwin Guides and our buddy Donny Roth, a Dynafit ambassador and an AIARE Level III avi forecaster, to keep us safe and on low-angle terrain.

Armed with local knowledge, we briefed on our strategy in front of the fire before gearing up in single-digit temps and setting off to the Kebler Pass winter trailhead to ski low-angle, gladed terrain off CB’s Red Lady Bowl.

Dynafit is a brand known in the U.S. largely for its “tech” bindings used for backcountry touring. The brand is pushing hard to grow its sales of apparel, skis, and boots in the U.S. So we headed into the deep snow to give it a test.

The new TLT7 ski touring boot, available for the 2016-17 winter season ($849), is one of a new family of ultra-light ski mountaineering boots utilizing modern materials and buckle technology to achieve the lightest weight possible with the best performance possible, much like the new Arc’teryx boot also released at Outdoor Retailer in January.

The new-for-next-year TLT7 is more than just an update to the brand’s popular TLT6. It has a new, more anatomical, lighter-weight last that improves out-of-box fit for a wider range of skiers, including myself.

The new “Speed Nose” looks completely different than what you’re used to in ski boots, the front bail found on alpine boots is removed. It thus has a shorter toe lip allowing the pivot point at the tech pin attachment to be closer underfoot.

Overall the boot has a sleek look and feels light, with few parts to snag while traveling across variable terrain. The stiff and rugged construction is achieved with a blend of plastics and fiberglass.

Testing: The TLT7 can drive stiff touring skis through variable snow conditions, even with lightweight tech bindings. The brand says it has an “unrivaled” weight-to-performance ratio in the 1000-gram category (for example, the Scarpa F1 Evo). This boot is extremely lightweight yet powerful and made my Dynafit One alpine touring boots feel monstrous by comparison.

The TLT7 (and some others like it) resemble mountaineering boots. Dynafit says the boot has been engineered for maneuverability and ease of use and travel over all types of conditions, especially uphill, having been reduced to its bare necessities.

If you’re a strong skier who wants to shave weight on the uphill, maybe even win some skimo races, the TLT7 is closer to a one-quiver boot than the others in its class have been so far.

It should be noted that this is not an “alpine” skiing boot. If you’ve never used a ski-mountaineering boot like these you’ll feel a bit naked at first. But strong legs and ankles and some sturdy jump turns will fix that, allowing you to rip confidently down most slopes. Plus, just think about all that weight you saved on the way up.

Dynafit is also introducing new skis — the Meteorite, Sphinx, and Dhaulagiri ($700 for each model) — for fall 2016 to build on the popularity of its Chugach and Hokkaido models, in stores now.

The Meteorite and Sphinx — part of the Dynafit Free Touring skis line — are stiff and powerful in addition to being light compared to traditional alpine skis. The Dhaulagiri is designed with versatility and ski mountaineering in mind.

These aren’t designed to be the lightest skimo race ski out there, but instead for the North American alpinist who desires a beefier wood core ski that won’t slow you down too much in the skin track.

Personally, I like a softer, wider twin-tip style ski than the offerings from Dynafit, and I’m willing to carry a little more weight uphill for it. But for varied snow conditions, responsiveness, and a lot of breaking trail (conditions you find most of the time in the backcountry), I enjoyed the 184 Meteorite (97mm underfoot).

The Dhaulagiri is more of a touring ski, lighter weight, with a paulownia-poplar wood core, carbon stringers and tips, and fiberglass top sheet. It can handle the steeps, but really shines when you point those tips uphill and need to climb, climb, climb.

The new Meteorite, Sphinx (women’s specific), and Dhaulagiri each serve to round out the Dynafit Free Touring ski quiver — offering sturdy, playful performance that people expect from a wood core ski, but with a narrower waist built for everyday use in all conditions.

The skis I tested were outfitted with the Dynafit Radical 2.0 ST bindings, a model that most uphill skiers would trade their first born for, especially at a retail price of $550 and 630 grams.

The Radical 2.0 debuted in FW15/16 and supplanted the first generation Radical Binding as the most popular binding in the line, and for good reason. It offers increased power and safety, which gives skiers the ability to confidently use it in a wider variety of terrain and conditions and on a wider range of skis.

Regardless if you prefer a 90mm ultralight touring ski or a 115mm powder ski, the DIN-certified Radical 2.0 (DIN 5-12) provides the reliable release necessary for safe skiing – as well as a more reliable “hold” when skiing aggressive terrain in difficult conditions. This added safety comes from the 2.0’s lateral elasticity in the toe, which works in concert with the fore-aft elasticity in the heel.

One of the things I like best about these bindings, besides how quiet (and light) they are on the way up, is how easily the two heel lifts flip in and out, making climbing steep terrain way easier. And like all Dynafit bindings, spinning the heel around to lock in at the top is seamless.

Out of the dozens of jackets and shells I test each winter Dynafit makes some of my favorite gear to wear. Of the head-to-toe apparel kit I tested, hands down, my favorite piece is the new-for-2016 Meteorite Jacket ($450) — an insulated shell with cutting edge materials and a slim fit. 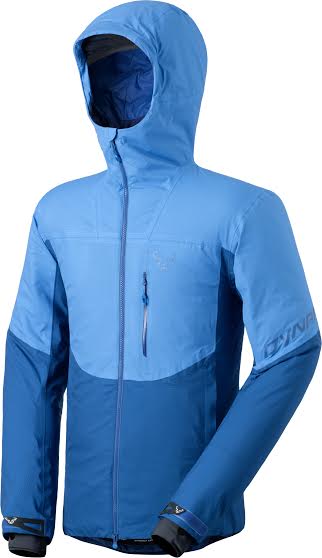 This flagship piece for next year is windproof, waterproof, and insulated with highly breathable Primaloft Gold. The shell is the brand new Gore Thermium, which is designed to retain warmth in the cold and wind while shedding snow or light rain.

Personally, I like to stay warm when skiing, maybe I’m just getting old, but the Meteorite accomplishes exceptional warmth in a versatile and durable alpine shell jacket. I’d wear it every day during the winter in my hometown at 8,500 feet because the hood fit comfortably and stylishly over both my trucker hat and my helmet. It’s great for the uphill and the down.

Under the Meteorite I wore the new Beast Hoody ($249) a hybrid stretch mid-layer with breathable Polartec Alpha insulation body mapped in the chest, shoulders, and arms. And yes, I wore it out to the bar later that evening to ‘test’ its versatility.

Worth noting is that Dynafit is tailoring its U.S. market apparel with a looser fit than its European offerings. Yet, the jackets retain a fitted styling true to American sizing. So if you usually wear a large, you will probably not need to up-size future apparel from Dynafit.

Up Next: 1986 All Over Again? Return Of The ‘Bugaboo’ Jacket