No matter how you’re getting after it this summer, Bombas makes socks with an emphasis on fit and breathability.

Higher temps and cardio days call for socks and apparel that can keep you dry.

Bombas makes a range of summer-weight socks that are padded differently for specific activities. The brand also makes underwear and shirts that carry on the wicking performance of its socks.

For a limited time, GearJunkie readers can save 20% when they use the code GEAR20 on their first order at Bombas.com.

How Bombas Gives Back

Buying a pair of socks from Bombas also means a pair is donated to a homeless shelter.

That’s all part of the brand’s “one purchased = one donated” mission to help support homeless communities across the country with one of the most-requested items: socks. Since its launch in 2013, Bombas has donated more than 50 million items.

For its performance socks, Bombas uses a weave it says can wick sweat and let your feet breathe. They feature a seamless toe and zoned cushioning to add support in areas most prone to wear.

The socks are typically available in three heights: calf, quarter, and ankle. 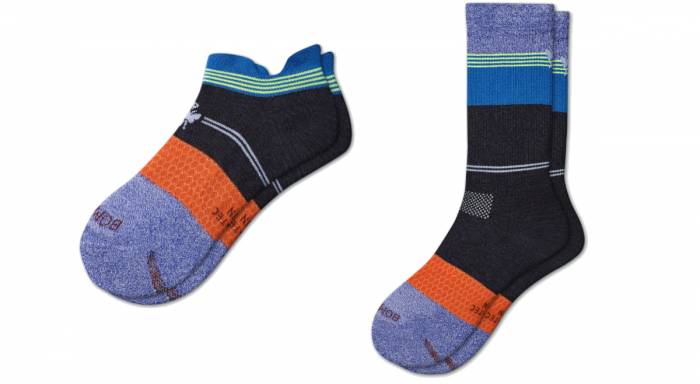 Bombas puts padding under the forefoot and heel to cushion the many footfalls of runners. Other zones, like the midfoot, use less material to emphasize airflow. The brand’s signature Hex Tec construction uses a proprietary poly/cotton yarn to aid with breathability and wicking. 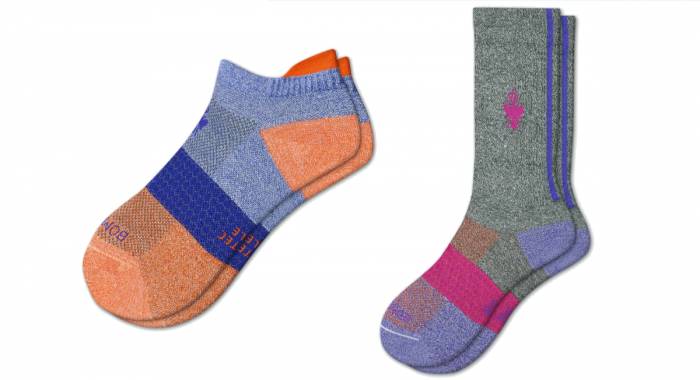 Because cyclists’ point of contact with pedals is under the ball of the foot, that’s where Bombas puts padding in this iteration of its classic sock. That leaves less material under the heel for a more secure feel and lets the rest work on airflow ventilation. 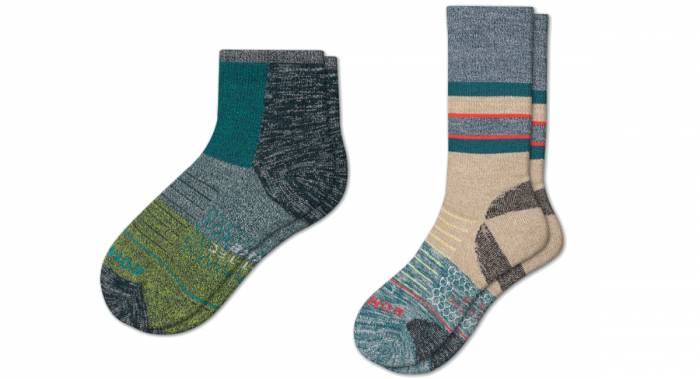 Bombas doesn’t mess with the time-tested performance of wool on hiking trails. That’s because wool has a natural ability to wick sweat and resist odor buildup.

However, you’ll notice there’s still some nylon and spandex to add some durability and assist with moving moisture. And the brand adds its honeycombed Hex Tec to the midfoot for support and breathability. 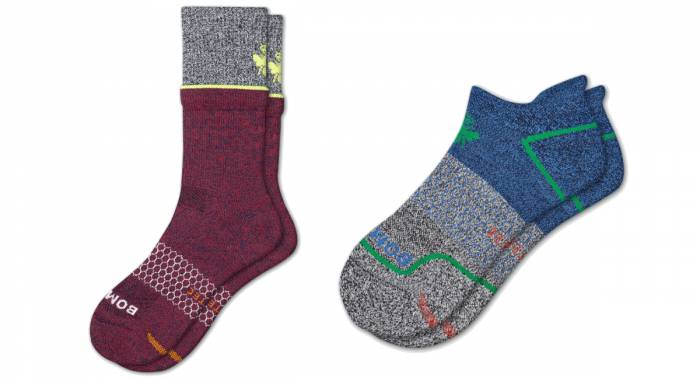 We covered running, hiking, and biking socks, but some days you’re on the move with no particular plans. That’s why Bombas makes its All-Purpose Performance Socks that offer the same cooling and dry performance without the specialized zone cushioning. 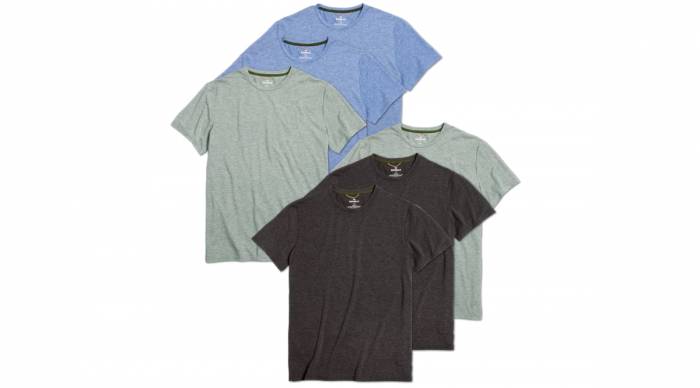 Bombas uses a lot of the same design strategies from its socks in its apparel. These active T-shirts use Hex Tec for moisture management and are mostly polyester mixed with some cotton.

The idea behind this mix is that poly helps keep the shirt lightweight and wicking, while cotton can help it cool and give it a heathered, softer feel against the skin. From yoga to jogs, this shirt should remove sweat from your skin to help it evaporate faster.

By midsummer, everyone’s likely given thought to the type of underwear they choose. The more breathable the better, right?

Bombas blends cotton with smooth modal (and a touch of spandex) to create a hybrid that it says will stay soft and still wick after several washes. The brand also says they’re made to prevent pinching or riding up.

The brand makes its underwear with a cross-stitching technique to make the seams less noticeable, just like the seamless toes in its socks. There are also no tags.

Women: Lace varies between straight and plus sizes, so everybody can get the support they need.

Grab a pair of socks that fits your passion, and Bombas will have one donated to a homeless shelter.

Also, the brand stands behind its socks with a lifetime warranty.

We looked at summer-weight socks and active apparel above, but Bombas has more than that. Check out the brand’s full product line, and don’t forget to use code GEAR20 if you order. You’ll save 20% off your first order at Bombas.com.

This article is sponsored by Bombas. Find out more about its performance socks and apparel.

20% Off: Treat Your Feet to Bombas Socks and More This Summer

Bombas makes breathable apparel for most everything you're up to this summer, including socks for running, cycling, and hiking. Read more…

Up Next: Mont-Blanc Runner Dies in Fall at Team Event in Prolific Trail Series