Drop point. Recurve. Hawksbill. Reverse Tanto. Every blade shape excels at a certain task. Here is what you need to know:

When you first start buying knives, you think there are a half-dozen or so blade shapes. The reality is there are an infinite number of blade shapes, new ones being created every day.

Even with the variety of blade “species” there are a handful of blade “genuses.” Let’s take a 30,000-foot view of the major blade shapes.

Bob Loveless’ decision in the 1940s and ’50s to drop the tip of his blades below the spine resulted in the best, most beautiful general-utility blade shape ever: The drop point.

Originally designed as a hunting blade shape, the drop point allowed you to pierce the skin of an animal and cut underneath the skin without as much risk of accidentally piercing the organs. 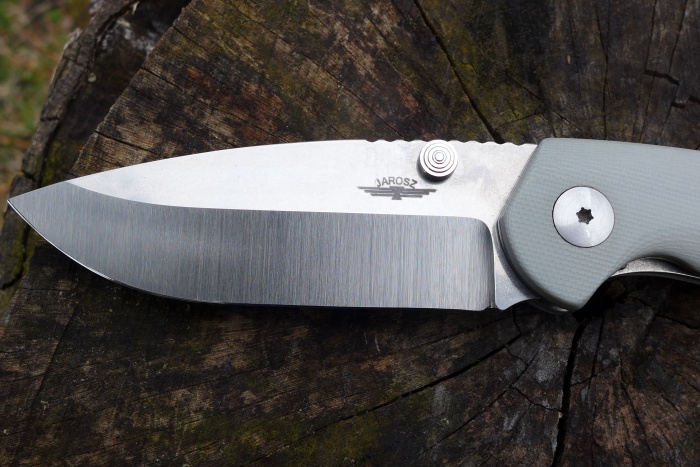 The Jesse Jarosz M75 with a Drop Point

From this first purpose, many knives since used the drop point to great success. If you don’t know what you will be doing with your knife, a drop point gives you predictable utility. 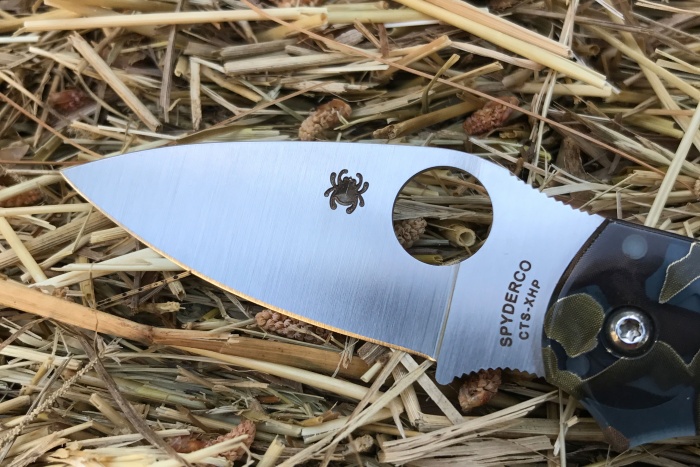 The Spyderco Chaparral with a Leaf Shaped Blade

Like the drop point there is both enough belly and enough tip to do a variety of cutting tasks, from light piercing jobs to slicing for food prep.

If you need a bit more piercing, but still want some belly in your blade, a popular design is the reverse tanto (below). 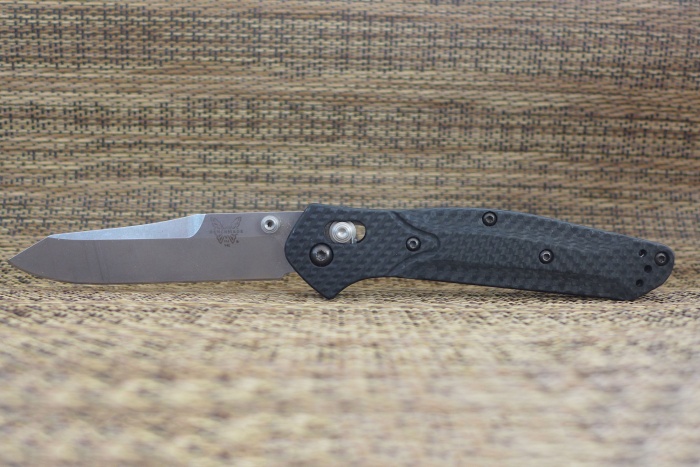 The Benchmade 940-1 with a Reverse Tanto

Using the tip-reinforcing profile of a tanto flipped on its back, the reverse tanto gives you the best of both worlds without sacrificing much in terms of piercing or slicing.

Sheepsfoot and wharncliffe blades have very little belly, but they have tips that provide a great deal of control. They typically come to a very fine point, which is prone to chipping or breaking.

But the control they provide is phenomenal. Look to a modified sheepsfoot or wharncliffe blade if you need some belly. 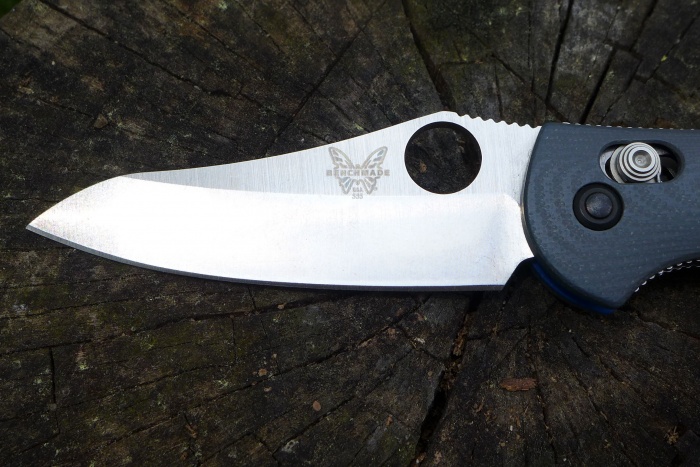 The Benchmade Mini Grip 555-1 with a Modified Sheepsfoot

For those jobs, look to two types of blades: tanto blades, specifically the American tanto popularized by Cold Steel, and the spearpoint.

A “Bowie” blade shape will also work well here, as does a clip point, which is a Bowie blade with a less-pronounced curve on the spine. 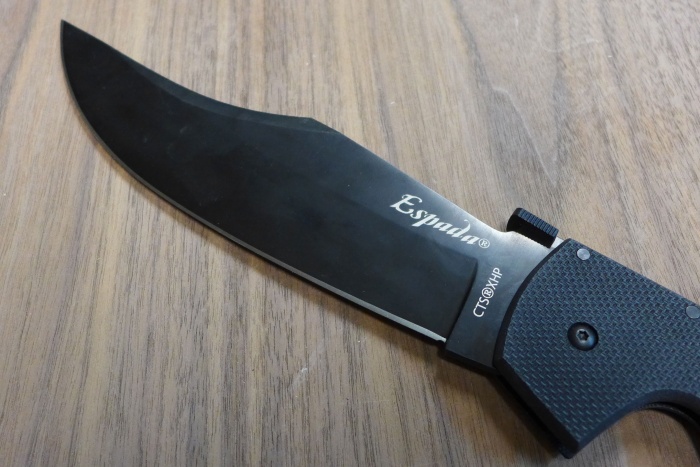 The Cold Steel Espada XL with a Bowie Blade

The goal is a tip that is very sharp but also reinforced. The tanto does this by putting a lot of geometry to work behind the tip, while the spearpoint lines up the thickest part of the blade behind the tip. 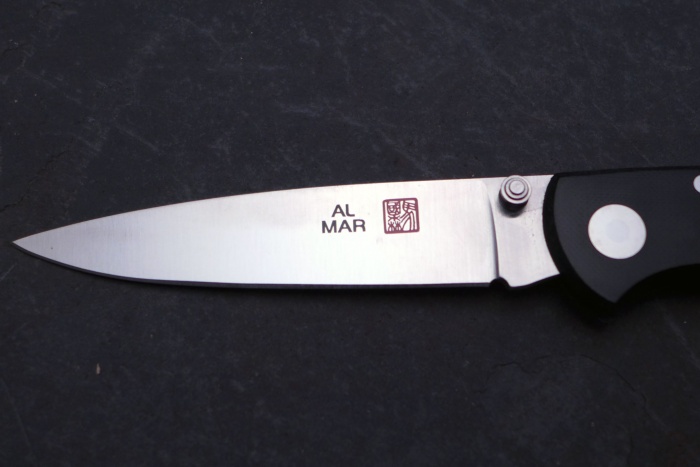 The Al Mar Falcon Ultralight with a Spearpoint

Note that all of these blade shapes excel in self-defense roles, which, necessarily require piercing. As such, they may attract more law enforcement attention than other shapes.

If you are cutting rope or carpet there are two blade shapes that work best, a hawksbill or a recurve.

If your knife’s job is exclusively cutting fibrous materials go hawksbill and make sure it has serrations. My favorite serrations are the CRKT Veff serrations, but both Cold Steel and Spyderco make good serration patterns as well.

By curving the entire cutting edge down, the hawksbill (also sometimes called a talon shape) forces the material to bunch up against the cutting edge providing real shredding power on tough stuff. 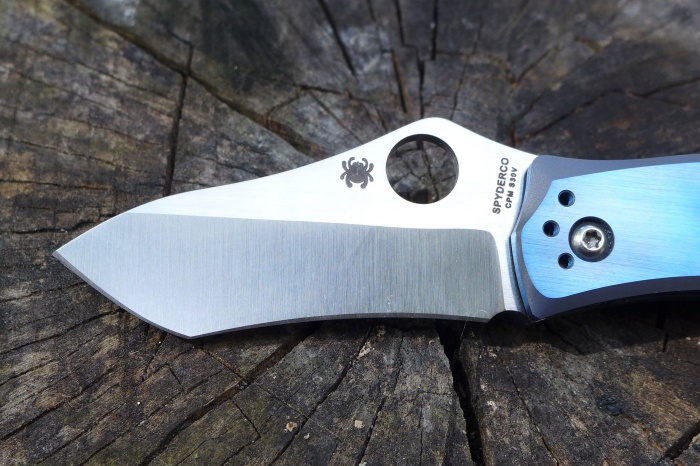 The Spyderco Vrango with a Recurve Blade

The recurve blade does this to a much lesser degree, but unlike the hawksbill it retains some general utility as well.

Some of my favorite blade shapes don’t easily fit these genuses. I love the blade shape on the T.M. Hunt M18 below (the ultimate chopper if there ever was one). 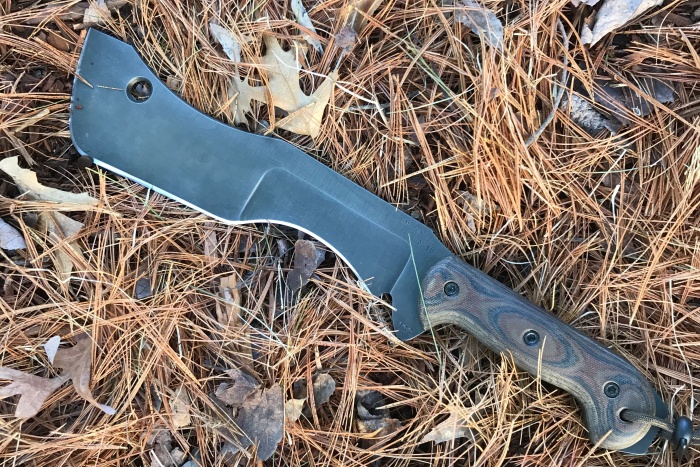 I don’t even know how to describe this thing. But look at it!

If you search hard enough, you will probably find a blade shape for every task. All you need to know is the work it’ll be tackling. From there, it’s just form fitting function.