Step aside fat bikers, this guy has snow biking down to a science!

High speed daredevil Eric Barone has broken his own record for speed for a bicycle on snow, hitting an eye-watering 138.75 miles per hour on the super steep speed skiing run at Vars known as Chabriéres, a slope designed for going as fast as humanly possible.

The run happens pretty quickly, but there are a few nice slow motion shots at the end that will make you appreciate the speed at which he’s traveling. 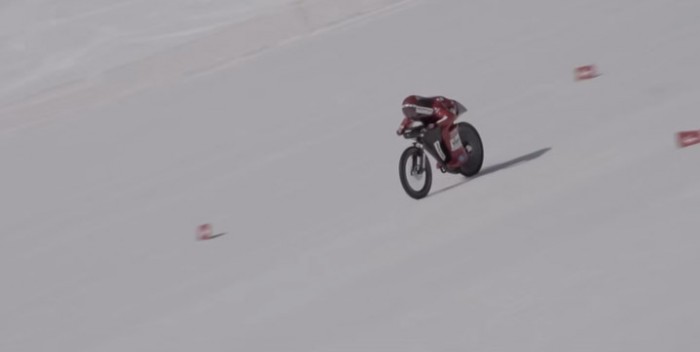 Saving…
Spray On: Reflective Paint For Bikers At Night
Couloir Skiing Will Make Your Heart Race
×