As April creeps into view, people dust off bikes preparing for spring. For the sixth year in a row, April marks the official start to 30 Days of Biking, a movement gaining traction around the world. 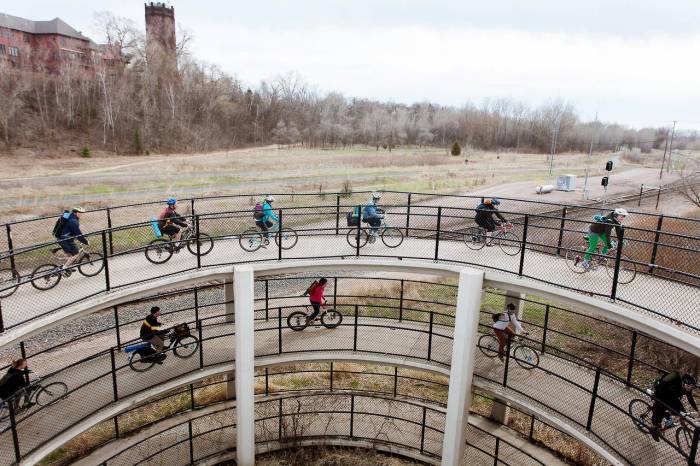 Created in Minneapolis in 2010, 30 Days of Biking is a springtime tradition that encourages people to ride their bikes every day in April “no matter the weather, no matter the distance.”

It has grown steadily every year, and now people from Minneapolis to Minsk (to Khmelnitsky and Bogotá, and beyond) have taken the pledge to ride.

The movement has become so big that the City Of Minneapolis declared April “30 Days of Biking Month,” noting that it has committed to making “unprecedented improvements” in the city’s cycling infrastructure.

How it works: You make the pledge to ride your bike every day in April — “no matter the weather, no matter the distance” — and share your adventure online with #30daysofbiking.

Feel good stuff: For every 30 pledges made, 30 Days of Biking will donate one bike to Bikes 4 Kidz.

Goal: Organizers want to get 15,000 people signed up this year. That would equate to 500 free bikes.

Up Next: Future Of Human Powered Transport Is A Trike