‘Bicycle Brendan’ conceived the NE6 challenge himself, with the goal of raising money for the Alzheimer’s Association.

Starting with Maine’s Mount Katahdin, Walsh cycled over 700 miles between New England’s six tallest summits, climbing/running each one on foot. When he finished at Jerimoth Hill in Rhode Island, the route had taken him just 4 days, 15 hours, and 34 minutes.

Bicycle Brendan: Behind the NE6 Challenge 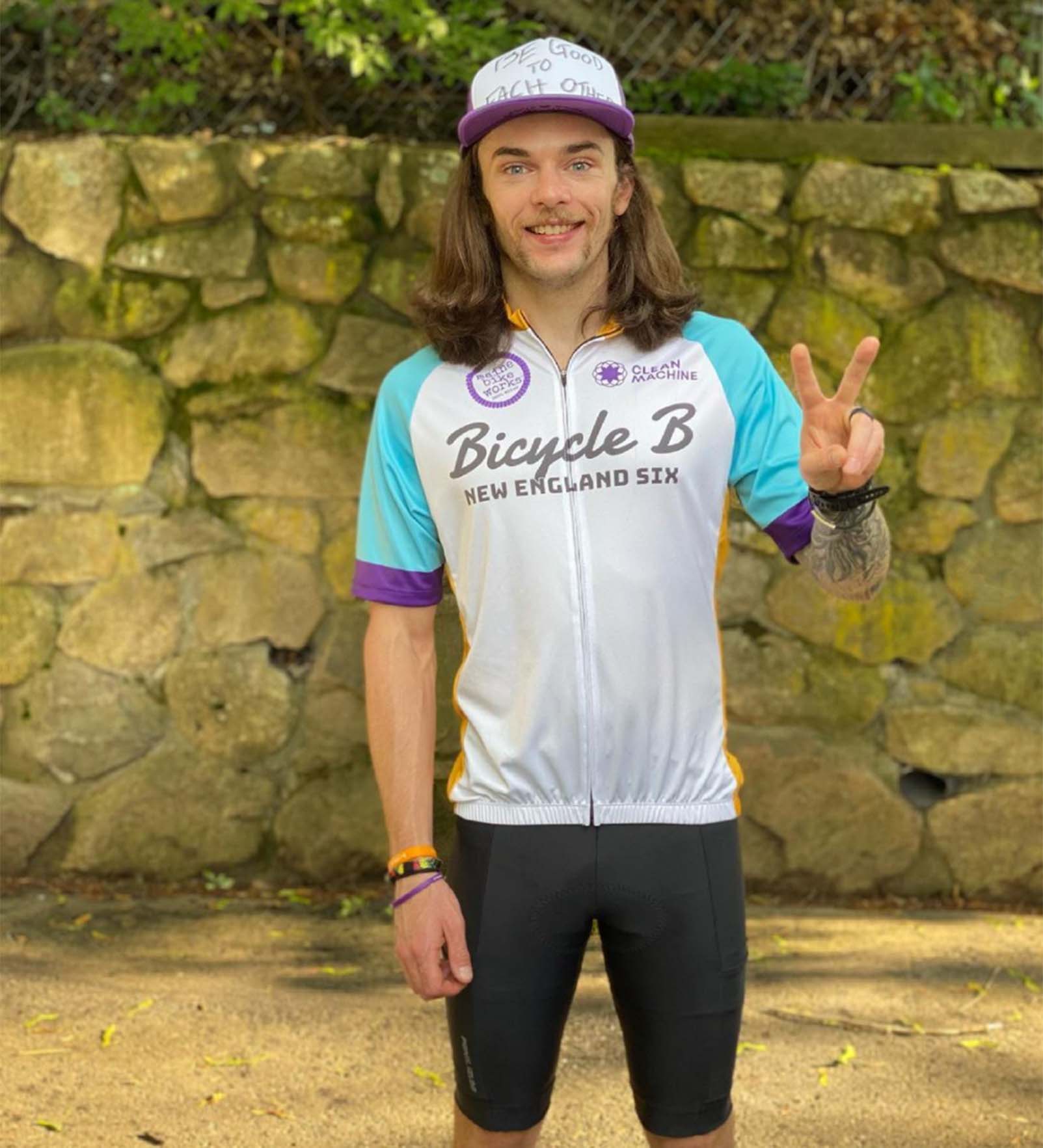 The 28-year-old Walsh is no stranger to long, fast rides. In the past, he cycled from Madawaska, Maine, to Key West, Florida — a distance of 2,077 miles — in a blistering 11 days, 9 minutes, and 30 seconds. The journey earned him a Guinness World Record as the fastest person to cross the U.S. from north to south by bicycle. Along the way, he raised over $10,000 for the National Alliance on Mental Illness (NAMI).

The NE6 was a whole different animal. Tackling New England’s most brutal terrain with a mix of cycling and foot travel took poise. During the trek, he sometimes went hours without water in Vermont’s summer heat.

“Things got hard, with challenges I had never faced before, but my belief was unwavering,” Walsh said. “Even in the darkest, hardest moments, I pulled out the strength to continue.”

With a Little Help From My Friends

Along the way, he received substantial support from his friends and family. Backpack builder Kulkea, whom he recently joined as an ambassador, also chipped in, helping him reach his fundraising goals on a donation basis.

Walsh dug deep to pull it off and hopes others will follow in his footsteps — and tire tracks. “This journey, more than any other I have done before, was powered by belief,” he said. “This was not just to raise money but something that people can hang their hat on.”

Sources report that Bicycle Brendan’s NE6 raised over $2,000 for the Alzheimer’s Association. Curious what Brendan will do next? So are we.

You can keep track of him (and his amusing horseshoe mustache) at his website, on Instagram, or on Facebook — whether you can keep up is a different story.

For a unique perspective on what it takes to ride the world’s greatest bike race, Lachlan Morton is taking on his own Alt Tour. Read more…

Up Next: Today’s Bargains: 4 Cycling Steals